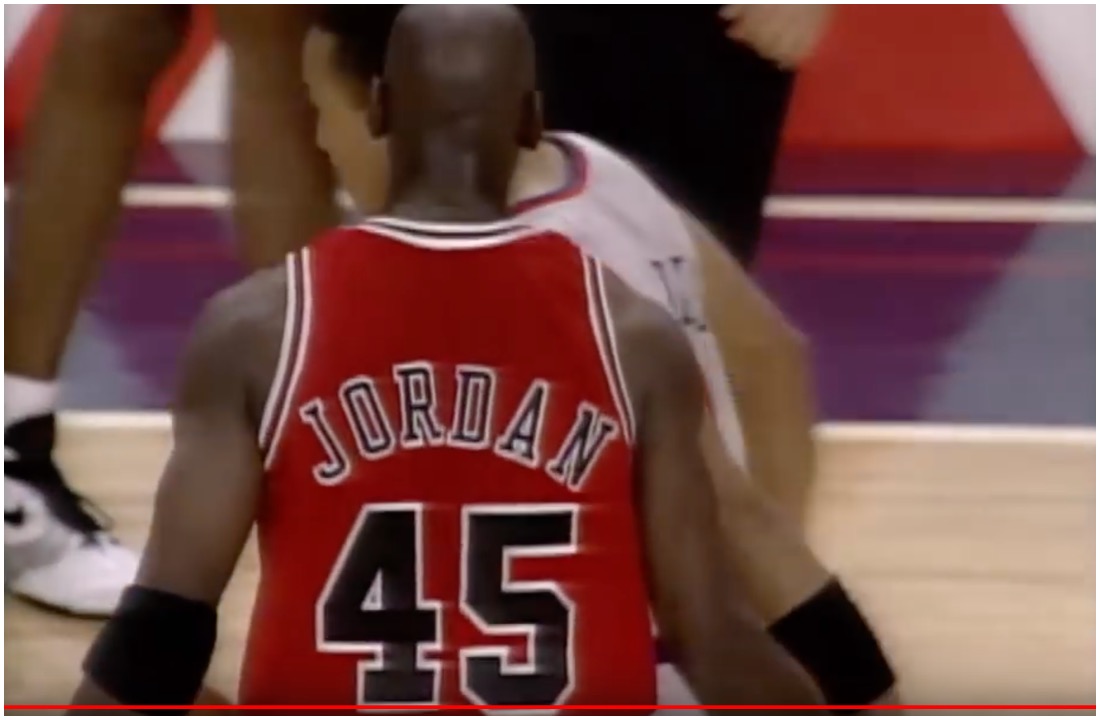 The Night Michael Jordan Put the league on Notice: “I’m Back”

When Jordan “retired” the first time he was accustomed to, “What’s he going to do next?” talk. Upon his immediate return the whispers around the NBA were different: “He’s human” and “He’s Finished.” An outrageous New York tabloid dubbed him FAIR JORDAN. It was his former Coach and NBA analyst at the time Doug Collins who called Jordan “human.”

Jordan returned to the league just 11 days prior and the rust accumulated from being away from The Game was showing.

March 28, 1995 would change the opinion of all doubters and haters. Jordan took the negative rumblings personal and wanted to show not only the NBA but the entire world he was indeed back.

Instead of wearing #23 Jordan was now donning #45. The game was being hosted in the “the-worlds-most-famous-arena” and back then was still popularly known as “the Mecca of Basketball”–Madison Square Garden. Jordan lived up to his own name that night and dropped 55 points on the New York Knicks which accounted for the highest point total in history of the Madison Square Garden since it opened its doors in 1968.

Jordan’s performance was also the highest scoring game by any player that season. That Knicks team was known for its defense but Jordan dazzled the packed Garden. Dunking once all night.

Stars were lined up to see this game. Knicks’ regulars Woody Allen and Spike Lee were in attendance. So was Superman himself, Christoper Reeve.

John Starks said he was going to miss Micheal Jordan when #23 retired. After the game, Jordan said that Starks must have forgot how to guard him. Jordan torched the 6’5″ Starks all night. At one point they had to bring in multiple players including a 6’8″ Anthony Bonner to help. No one was stopping Jordan.

Jordan shot 37 times, making 21 of those shots in addition to 10 free throws and 3 buckets from downtown for a total of 55 points.

But surprisingly it was Jordan pass to Bill Wennington that sealed the game. Later Jordan admitted that his intention was to shoot the last shot instead pass the ball.

The Bulls went on to win the game that night 113-111 and Jordan indeed put The League on notice: “I’m back”

One of the most memorable games of Michael Jordan’s career and a moment that is remembered by sports fans of that era. Baseball was on strike and the year before the Knicks beat the Jordan-less Bulls to advance to the NBA finals.