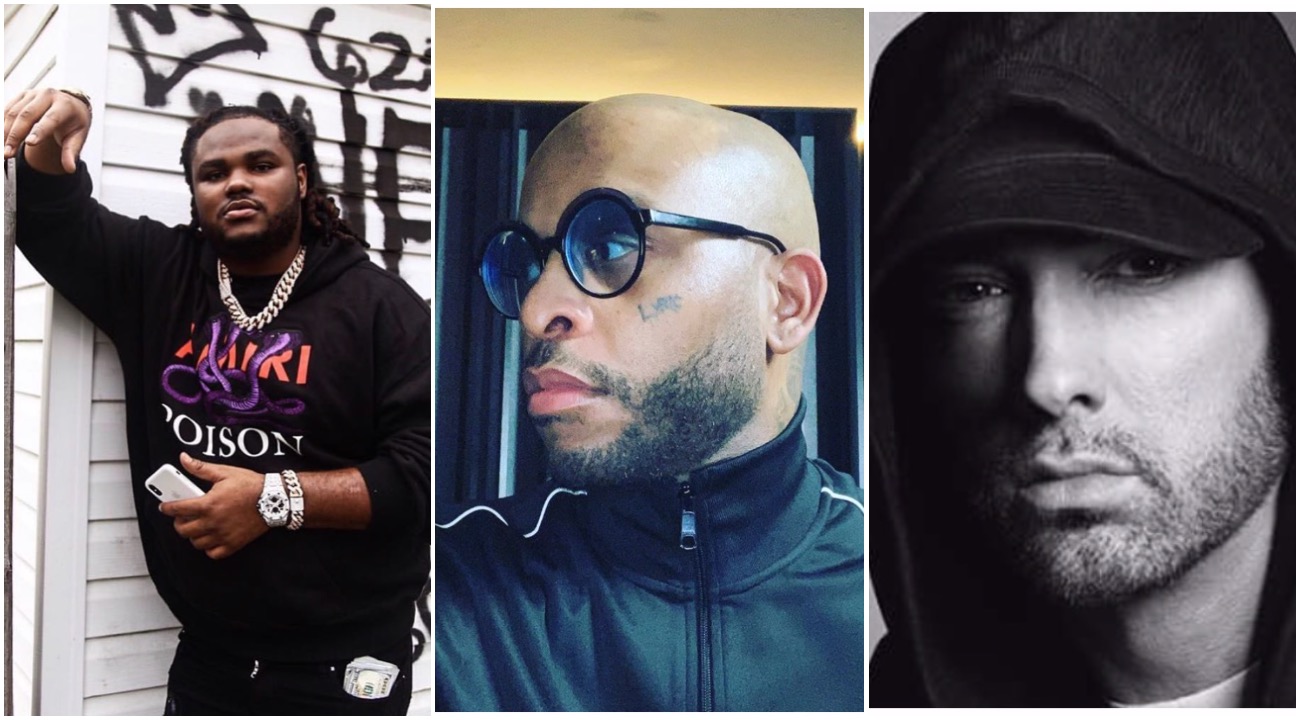 Since coming on the scene, Tee Grizzley has always rhymed about grit, resilience and hustle. The new-era Detroit rapper came into the Rap Game with no co-sign but as Tee states in the embedded video once you reach a certain stage in the industry you’ll need the proper co-sign (or leverage) offered by someone who’s more established with more clout. In other words, someone will need to help you in order to take it to the next level.

Apparently, in June 2019, Tee Grizzley got fed up waiting for Detroit’s “Big Homie” to co-sign him and drop a joint track with him. Hence, Grizzley dropped a slight diss of Eminem. On the track, No Talkin, Tee rhymes, “Heard a ni**a say he f*cked my b*tch/ F*ck that b*tch, I don’t trust that b*tch/ Aventador and the license plate Michigan/ Had to quit f*cking with dawg, he feminine/ I run Detroit, ni**as talkin’ ‘bout Eminem/ Talking that sh*t, I kill you, him, and him/ I made a M, then I made a M again, slow down”

On Em’s latest album, Music To Be Murdered By, the veteran Detroit rapper responds,

Then, late last month, Royce Da 5’9″ addressed Tee Grizzley’s Eminem diss while doing a promo run for his latest album The Allegory on The Breakfast Club.

Afterwards, Tee Grizzley hopped on IG and stated the following,