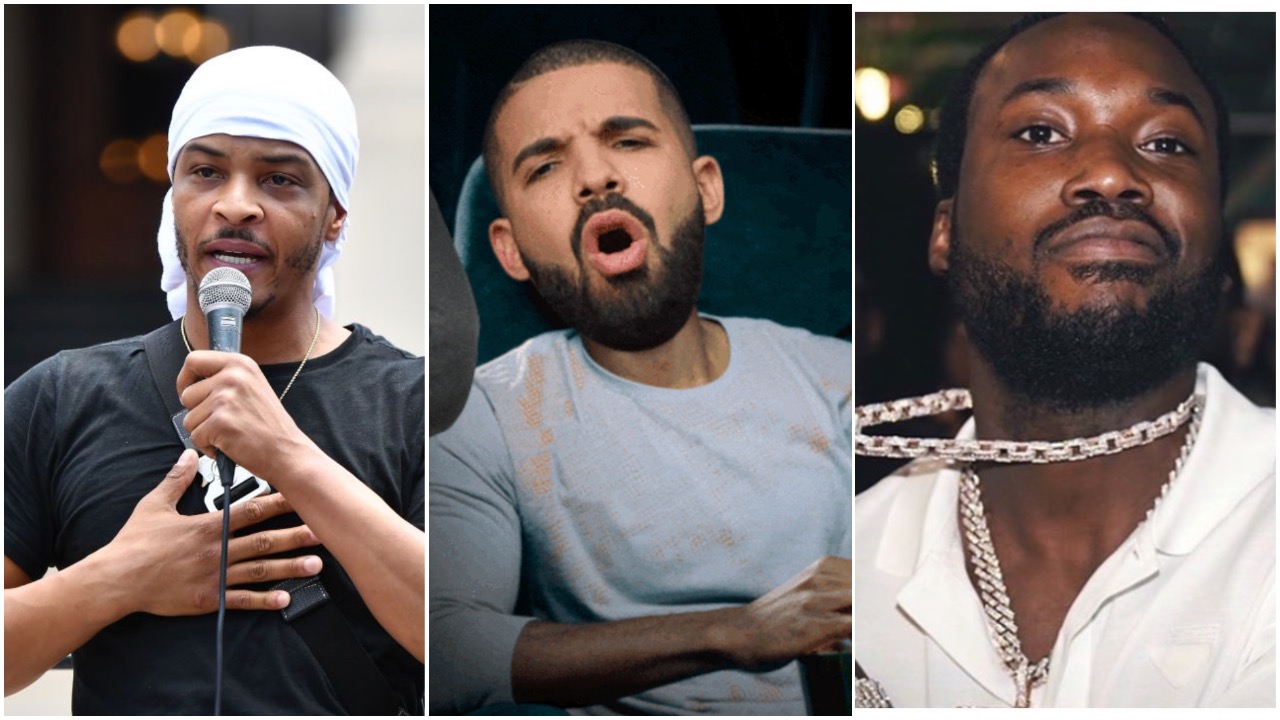 According to a track from T.I.’s latest album, ‘The L.I.B.R.A. (The Legend is Back Running Atlanta,’ one of Tip’s now deceased friends really urinated on Drake.

The veteran ATL-rapper referenced the incident on the track ‘We Did It Big’. On the second verse, T.I. recalls several moments with his late good friend Terrance ‘Cap’ Beasley, who was killed in prison nearly a year ago. Tip rhymed about a time when Cap allegedly urinated on Drizzy in a movie theatre in Los Angeles,

“While I’m fightin’ my own somehow got you home/ So drunk in LA, end up pissin’ on Drake, sh*t/F*ck it, that’s still my brother since back in the trap house.”

The rumor of Cap urinating on Drake took effect back in 2015 when Drake’s then-foe Meek Mill released a diss track titled ‘Wanna Know’ where Meek rapped: “You let Tip homie piss on you in a movie theater ni**a, we ain’t forget/Real ni**as back in style this sh*t is lit/This that Ja Rule sh*t and 50 Cent.”

Shortly after the Meek Mill diss track was released, sources told TMZ the incident occurred during a private screening of Takers in 2010. People claimed at the time Cap was highly intoxicated and began urinating on himself, with some pee accidentally falling on Drake. The Toronto rapper reportedly got up from his seat 30 minutes into the movie, shouted “motherf*cker,” and left.

so i was asked to clarify that the alleged pee incident was like unintentional splatter lol… not a golden shower. he was just really drunk

Anyone interested can find the ‘We Did It Big’ track up top.