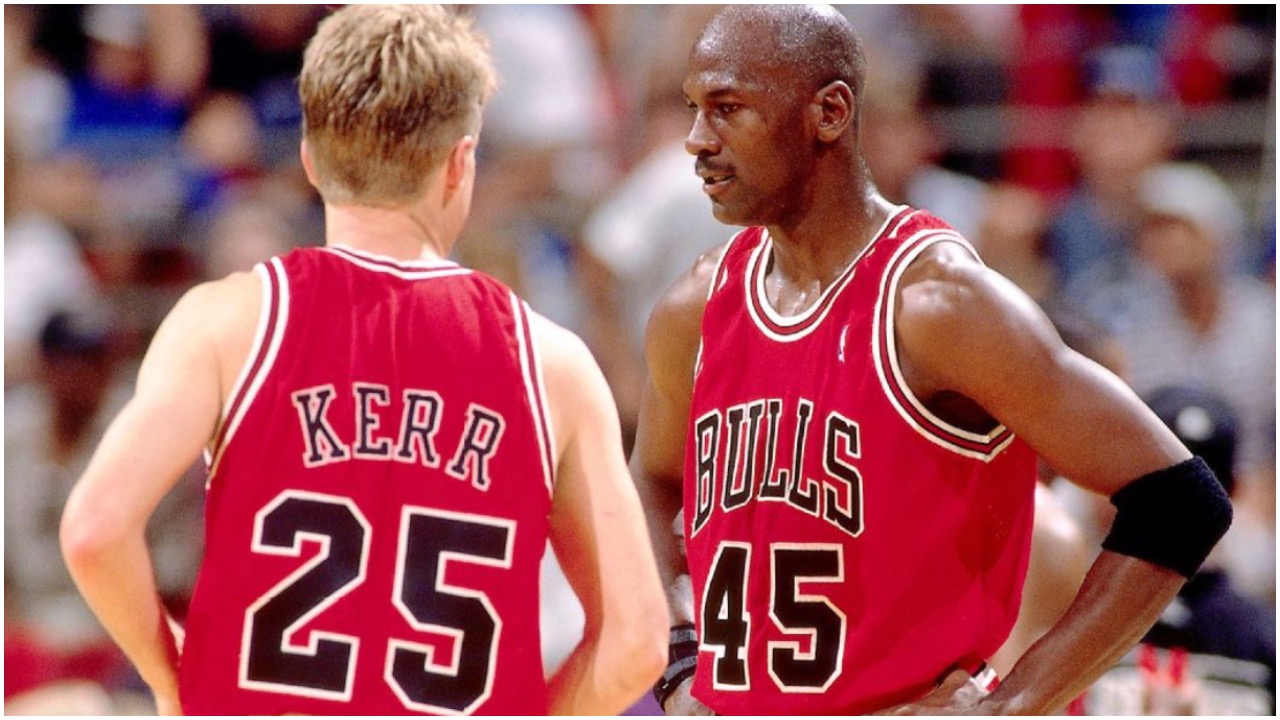 ESPN has been airing ‘The Last Dance’ docuseries which primarily focuses on Michael Jordan and his Chicago Bulls teammates during the 1997 season. Many revelations have come to surface over the various episodes. One of the issues which will be touched on further is the fight that took place between Michael Jordan and then-teammate (and current Golden State Warriors head coach) Steve Kerr. Many people fail to remember that before Kerr joined the Bulls in 1993 and played for the Cleveland Cavaliers from 1989-92. Cleveland and Chicago had an intense rivalry and Kerr was a witness to that from the opposing side of Jordan. Also, keep in mind the league was much more physical back then.

WATCH: Shannon Sharpe SAYS HE WHOOP MICHAEL JORDAN’S ASS AFTER REPORTS CAME OUT THAT JORDAN DID NOT ALLOW Horace Grant TO EAT HIS FOOD

Kerr spoke to ESPN and said the incident between him and Jordan made their relationship stronger and that Jordan called him the same day after the fight went down to apologize. Kerr states, “He called me later that day and apologized. In a strange way, it was almost a necessary step in our relationship, in a weird way. And from then on, I think he understood me a lot better and vice versa. And we got along much better and competed together, and I think he trusted me more. So it was actually sort of, in the end, it was all good. But we’ve never talked about it since. To be honest, I don’t ever think about it, but I get asked about it because it’s a unique [situation].”

Indeed, both men are champions in their own right. Find the video up top.