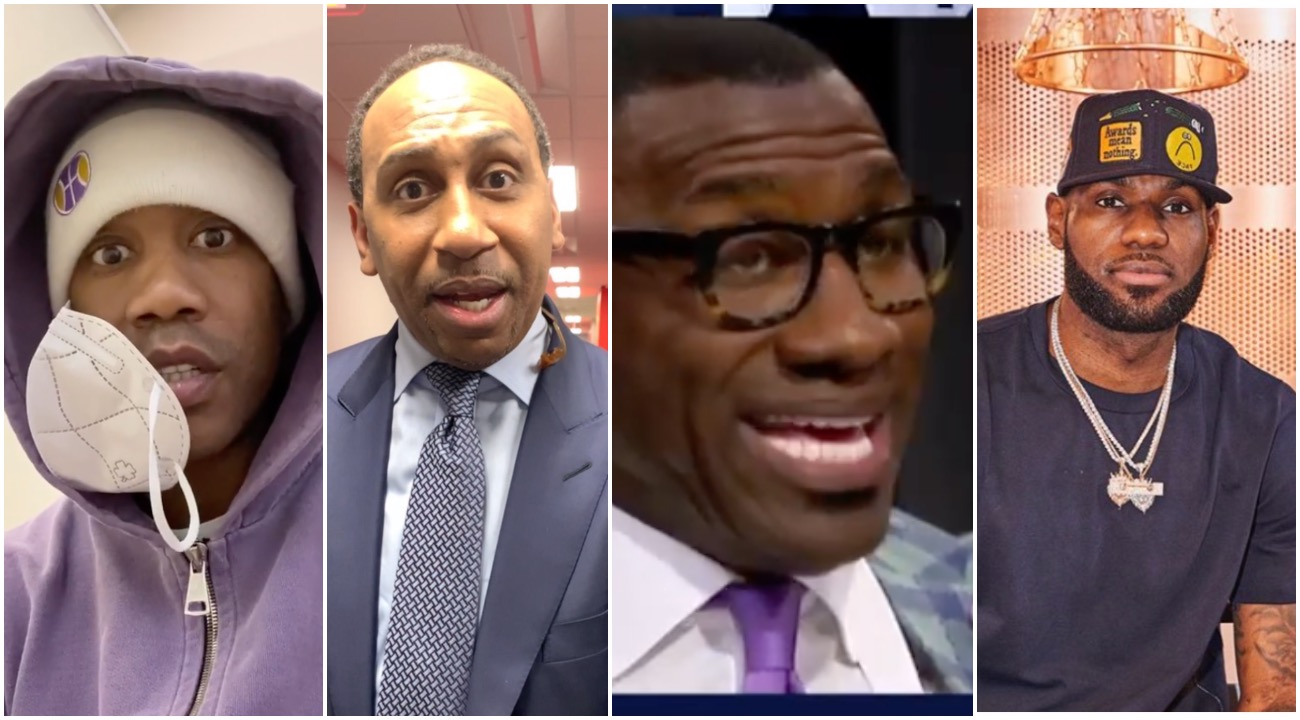 As we previously reported, Stephon Marbury, who currently works & lives in China, was recently in the United States doing media runs in order to promote an autobiographical documentary titled ‘A Kid from Coney Island,’ which is set for release on 4/27. Under normal circumstances one would think Marbury would simply leverage his media runs in order to garner some shock value to help promote his film project. However, anyone who knows Starbury Marbury knows well that former NBA star (and Chinese Basketball Association icon) has never been the person to hold back his tongue.

During a recent interview with Complex, Marbury stated the following in regards to LeBron James, the late Kobe Bryant and the tribute LeBron did for Kobe.

“You don’t need to go get guys like LeBron to go speak and talk about what they’re going to carry and all of that. He [Kobe Bryant] don’t need you to carry his legacy. His legacy is already his legacy. You don’t do that. Carry your own legacy. Keep it popping and going. You not no real Laker. The real Laker fans are real laker fans. And real Laker players. So when you hear these guys saying this type of stuff and doing these type of things, I’m wondering what is it for? Is it for show or is it for real life?”

"I see so many people saying so many great things about Kobe and they hated Kobe…" @StarburyMarbury is not here for that fake Kobe love.

Both Stephen A. Smith and Shannon Sharpe took issue with Marbury’s comments. Stephen A. stated the following,

“Every great Laker has a ‘chip to go along with their name. If Marbury would have said that I got no issue,…But to sit up there and go after LeBron like that for what? … It’s just that sometimes [Marbury] gets caught up in expressing himself about stuff he’s got no business expressing himself.”

Shannon Sharpe stated the following when asked if Marbury had a valid point,

“Hell no…Here’s another guy trying to take a shot at LeBron from a distance. … I just want to know one thing Stephon Marbury. Is Kevin Garnett a real Celtic? I get it. Kobe was traded there on draft day from Charlotte and he spent 20 years in that organization. Is Kareem a real Laker? Because he was drafted by the Bucks.”

Find Marbury’s response to both Stephen A. and Shannon Sharpe below. Marbury is now back in China. 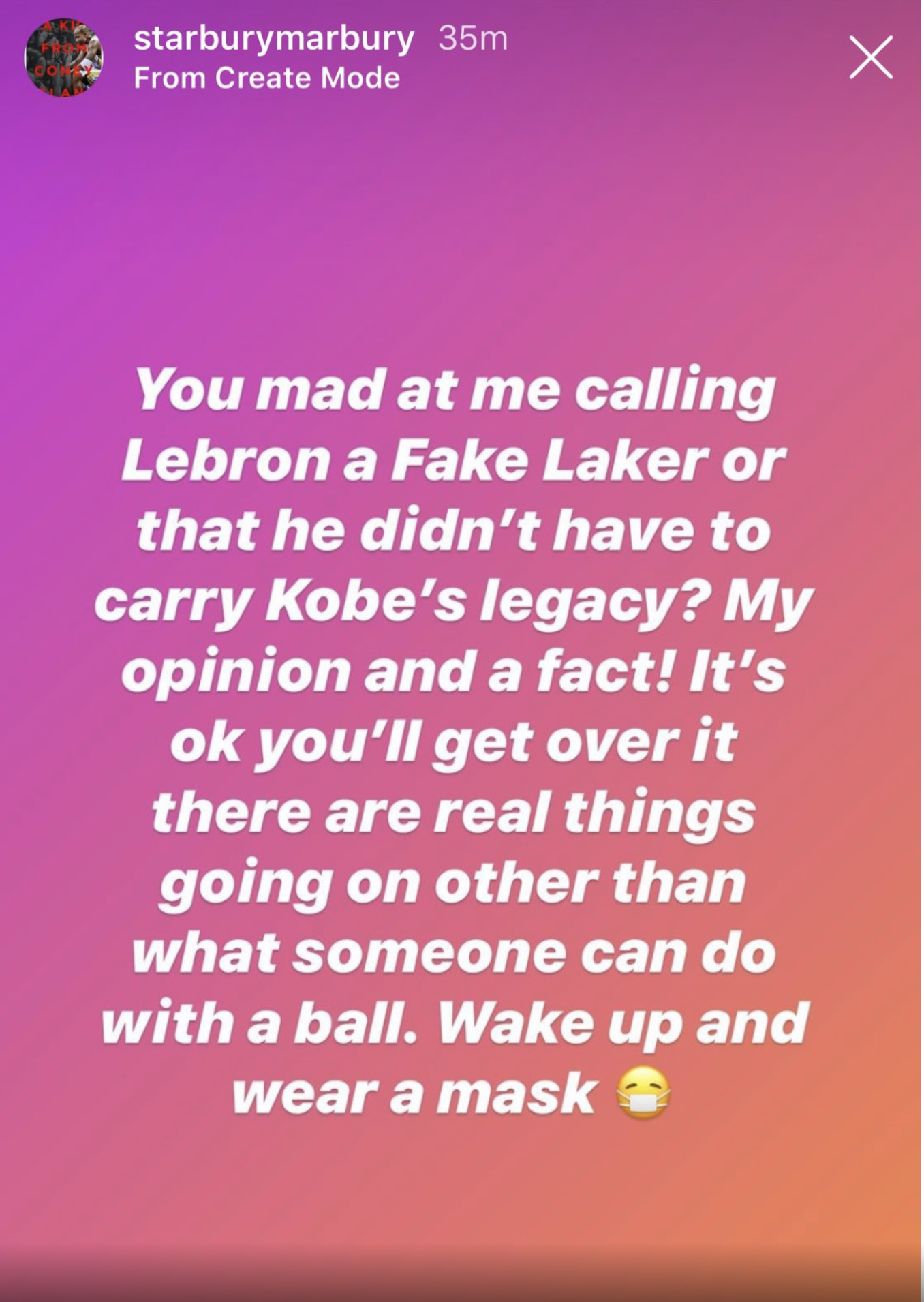 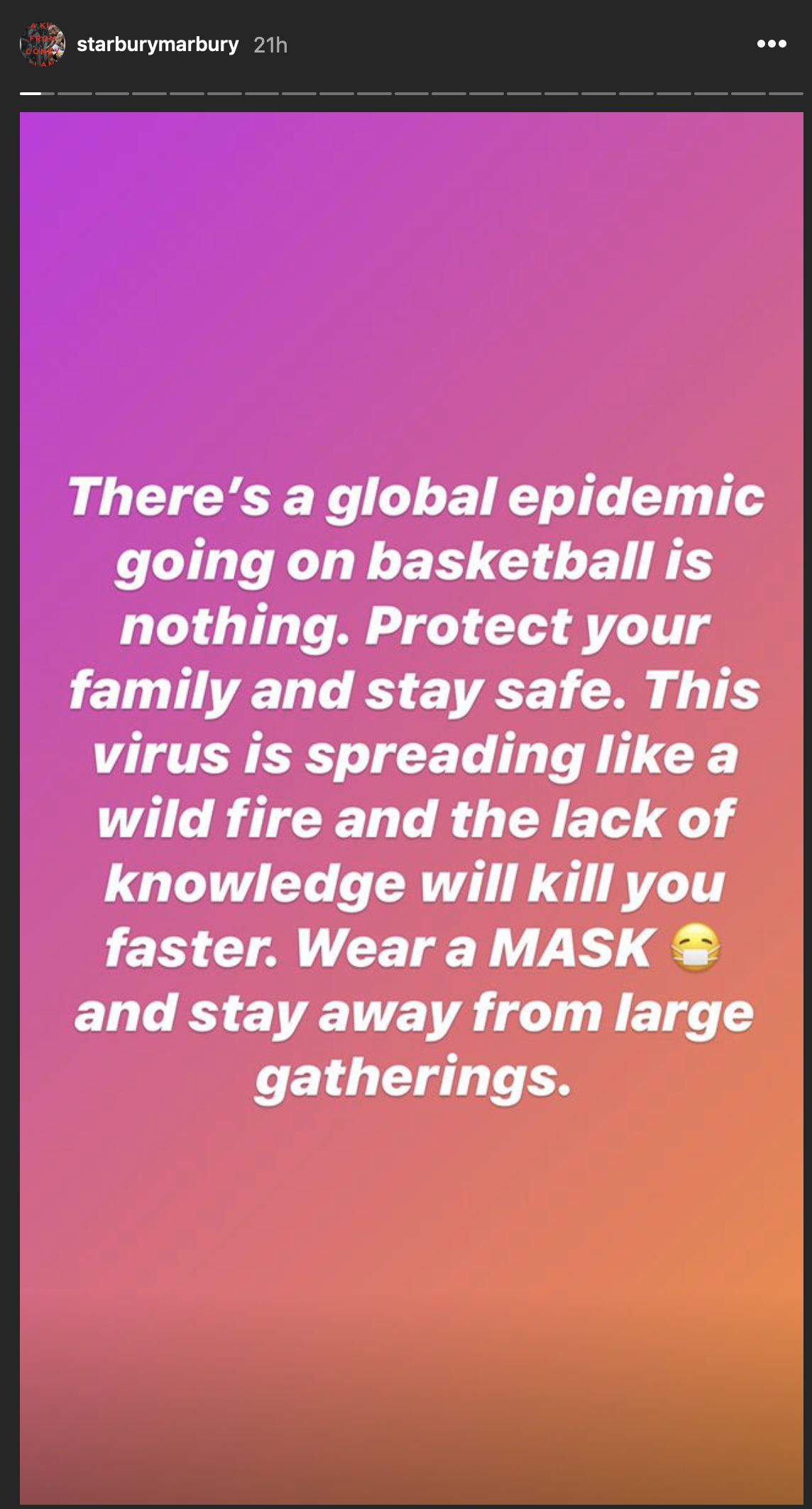