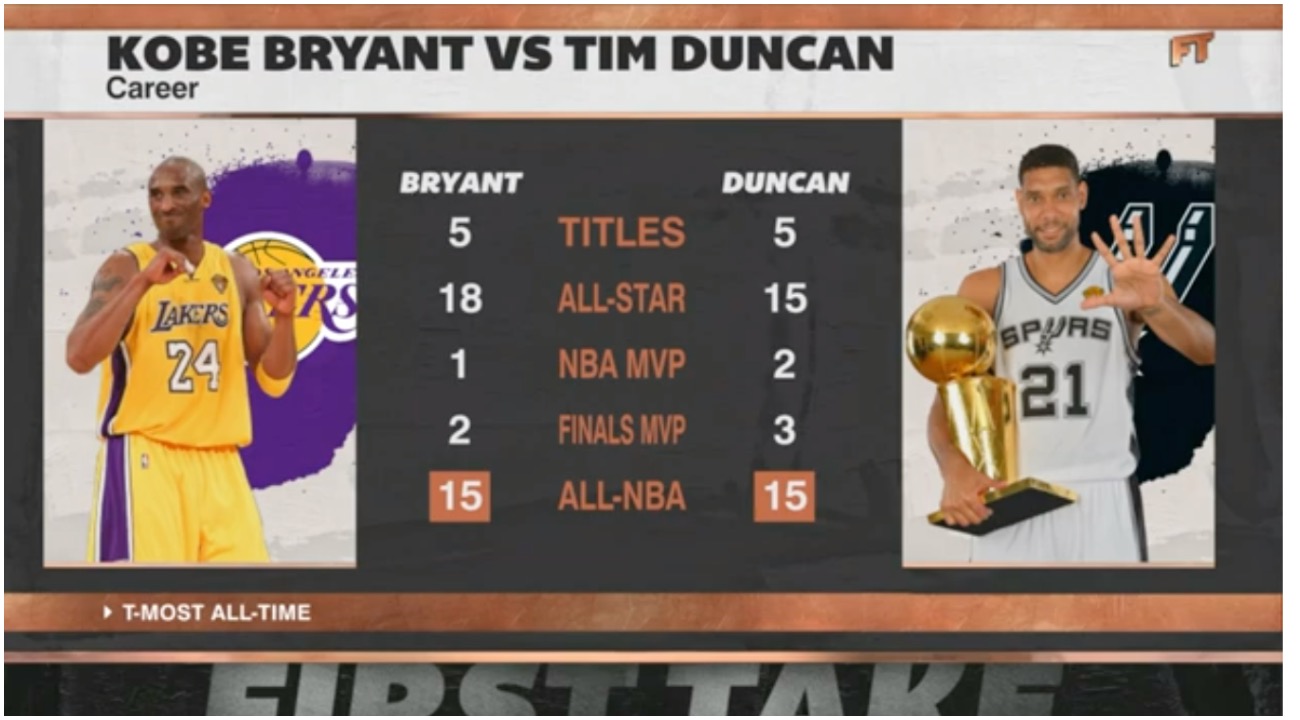 Stephen A. Smith’s first corona-era rant had the TV personality stating that Tim Duncan had a better all-around carer than the late Kobe Bryant. Both Duncan and Bryant will be inducted in the Hall of Fame Class 2020 on 8/9.

“I have to say Tim Duncan, with all due respect to my man Kobe Bryant…When you consider the model of consistency that Tim Duncan was able to put forth — David Robinson has a title because of Tim Duncan. Tim Duncan is a five-time champion, as that chart just showed, just as many titles as Kobe Bryant, more NBA Finals MVPs. You’ve got to take that into consideration the fact that he is universally recognized as the greatest power forward to have ever played the game, a 10-time All-Defensive First Team player.”