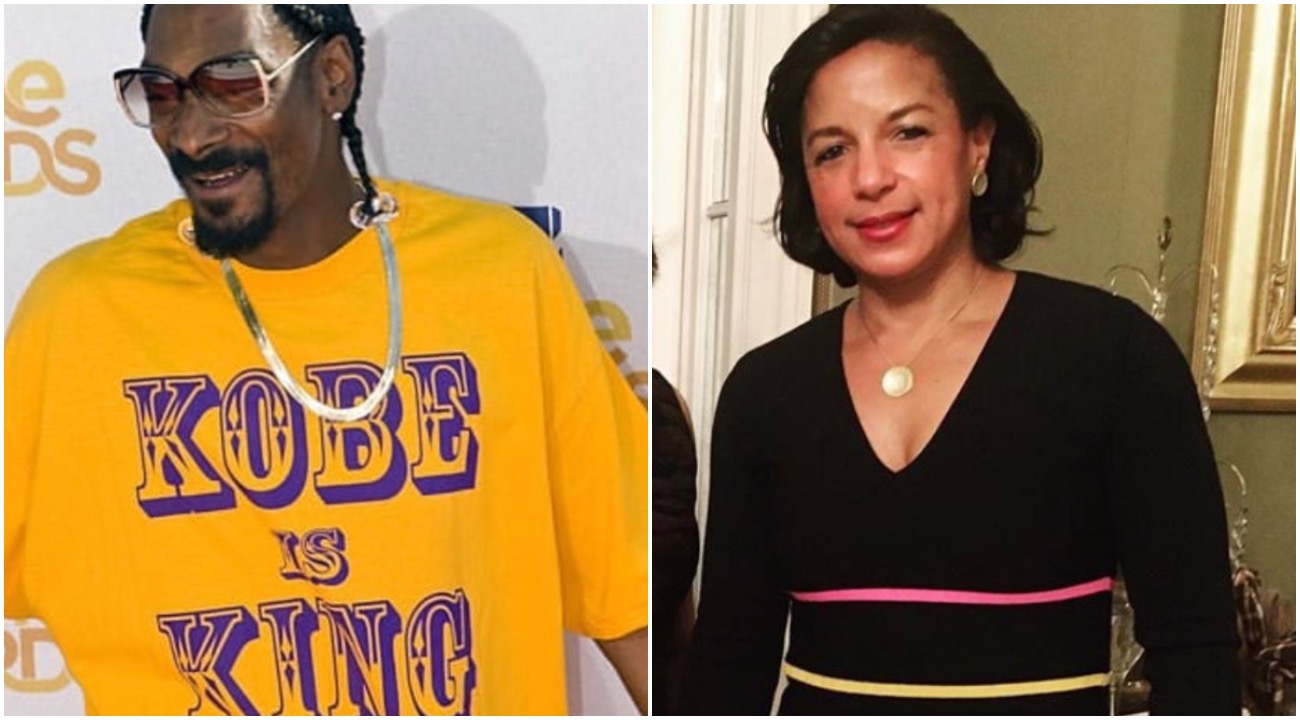 The last few days have been chaotic ever since shock-value journalist Gayle King decided to slip in a question during her interview with WNBA legend Lisa Leslie regarding Kobe Bryant’s legacy (see here). Gayle King specifically tells Leslie that Kobe’s “legacy is complicated because of sexual assault charges..” Nothing could be further from the truth. Kobe Bryant’s sex charges were dropped in a court of law. Prosecutors dropped the case just before it was scheduled to go to trial, citing the accuser’s unwillingness to testify. What woman is unwilling to testify against a man who raped her in exchange for money? Read more about that here.

To which the Long Beach-bred Rap Game veteran responded with a Public Service Announcement declaring his intentions to be peaceful (watch it here).

However, Snoop’s fan base isn’t having it. Many fans took their wrath to Susan Rice’s social media accounts and expressed themselves in no uncertain terms. Rice was forced to disable comments on her posts. Catch the snapshots below. 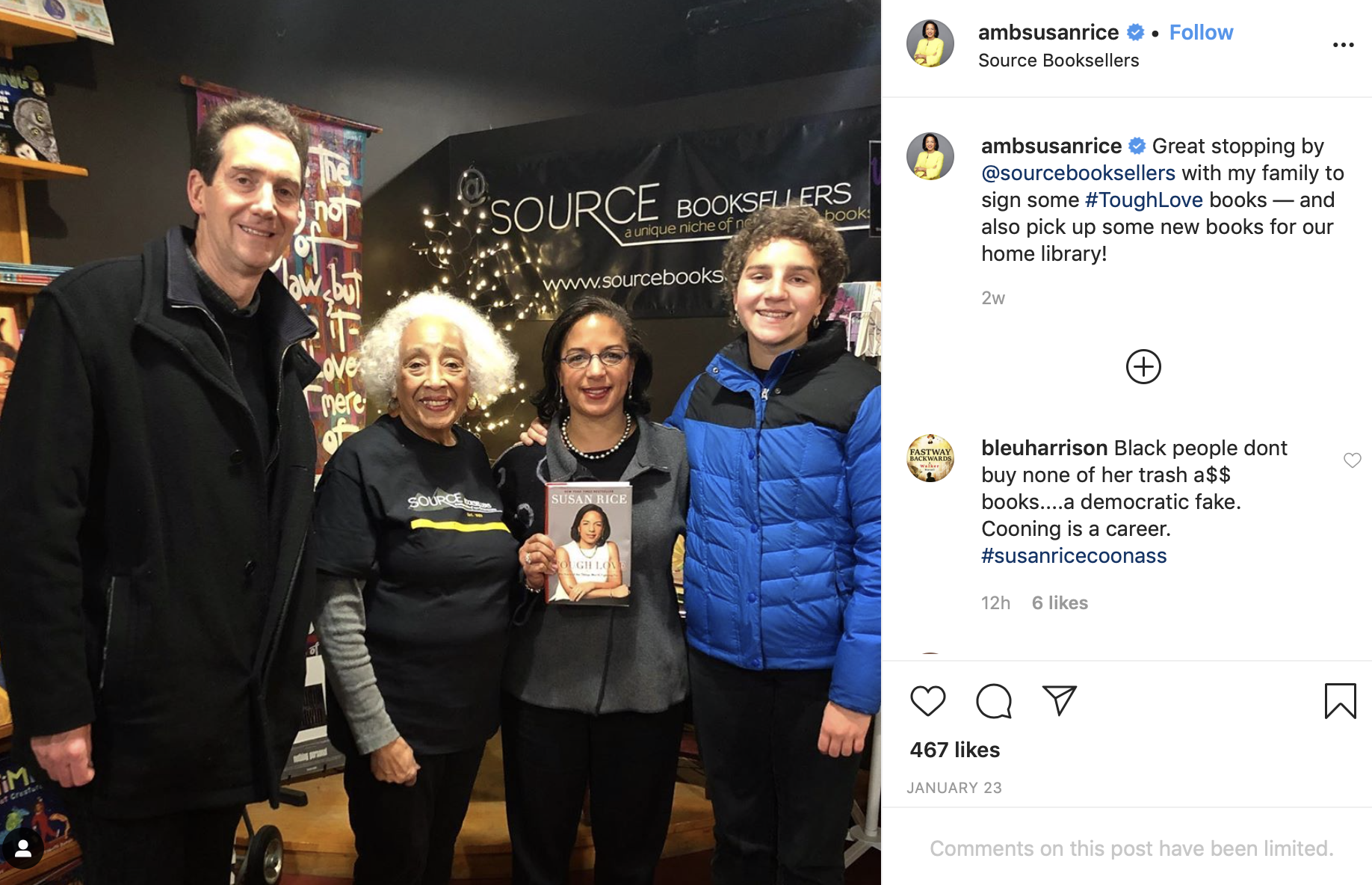 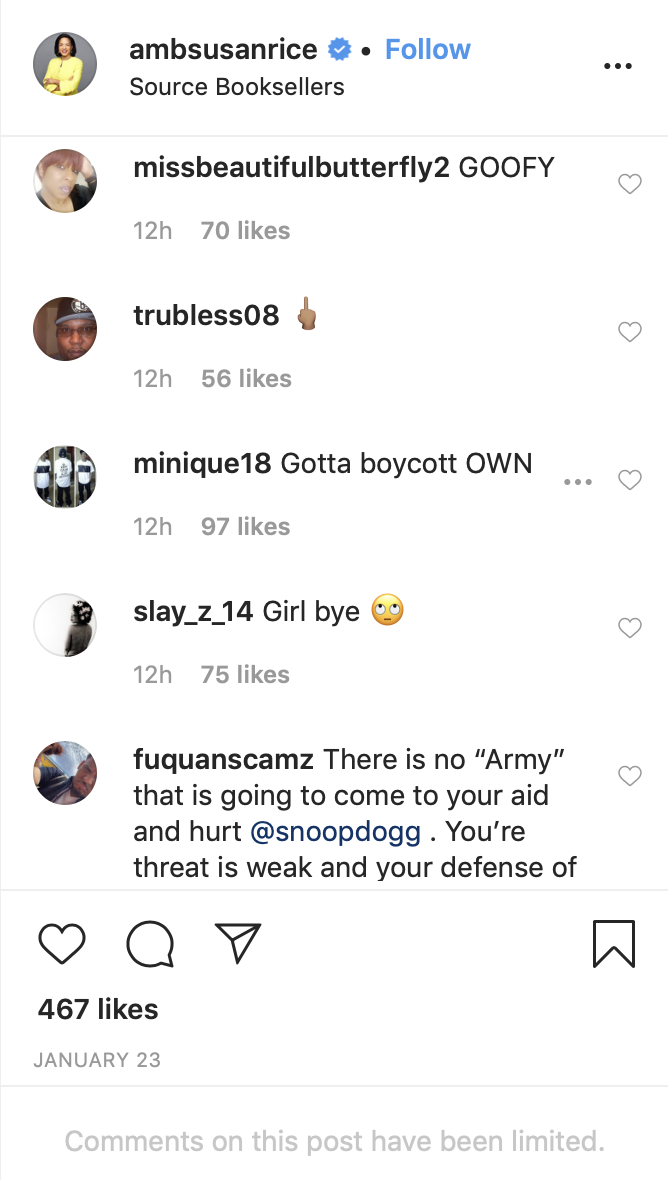 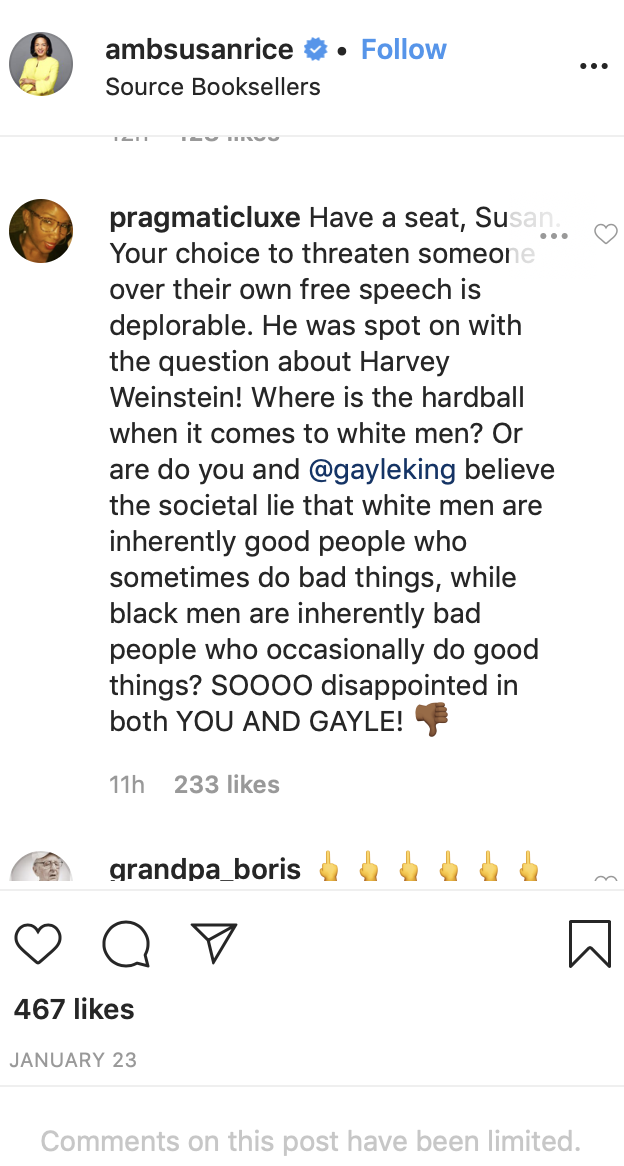 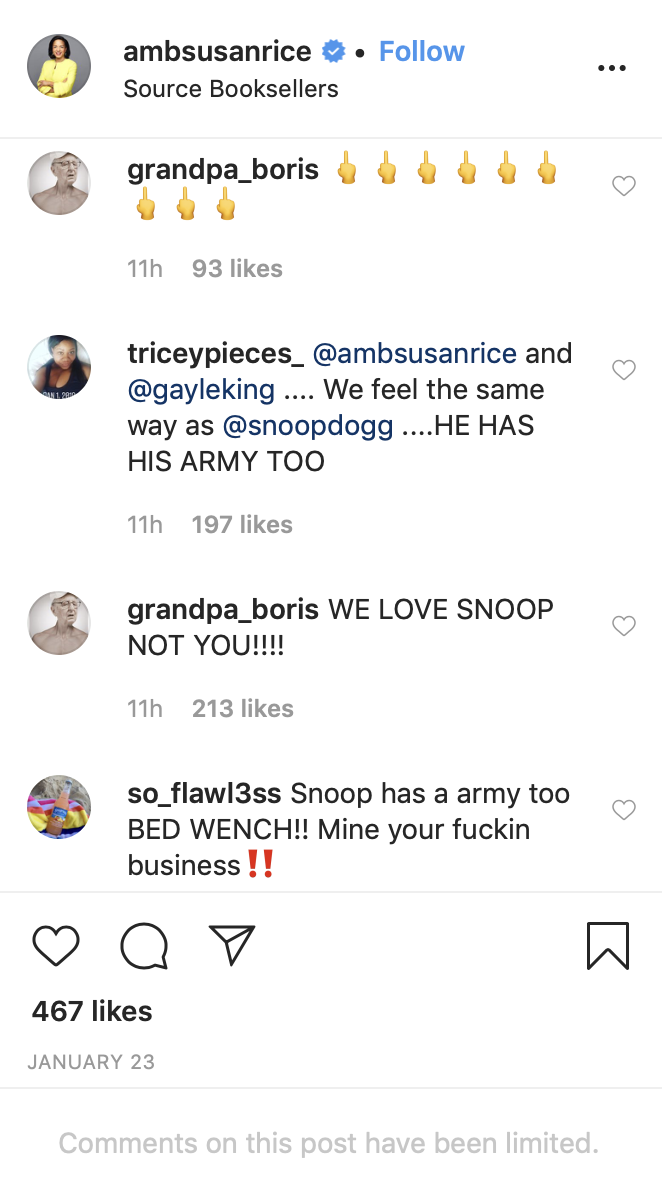 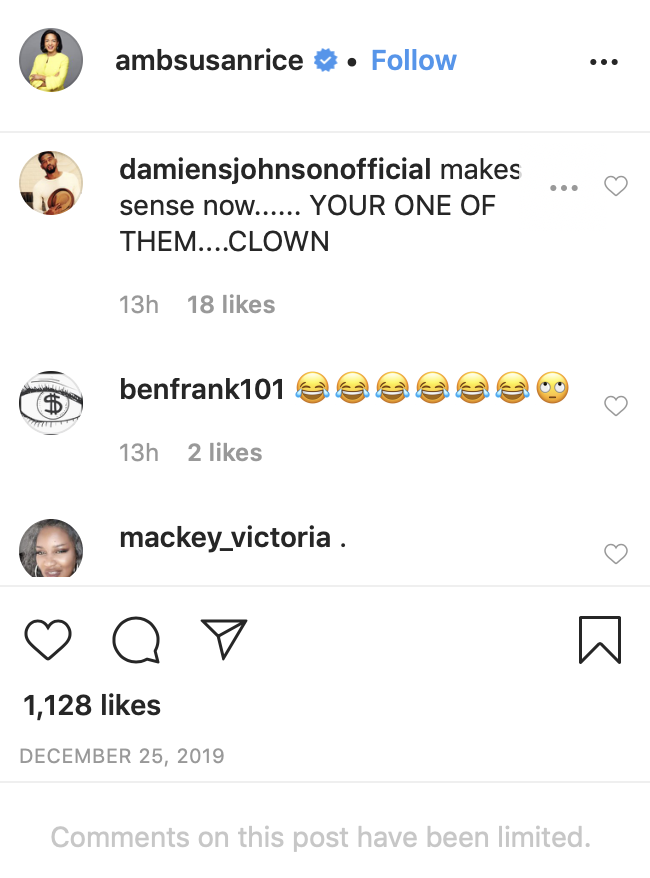 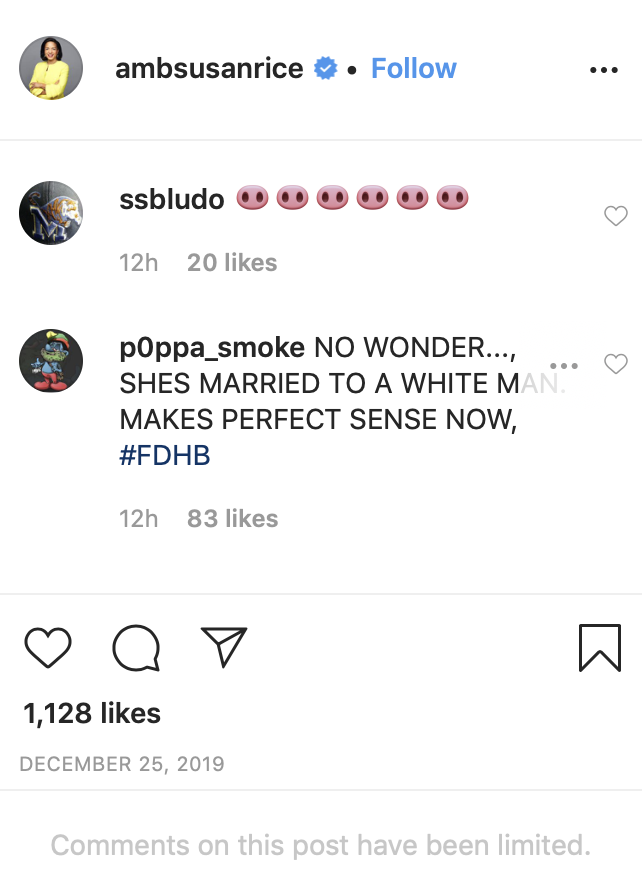 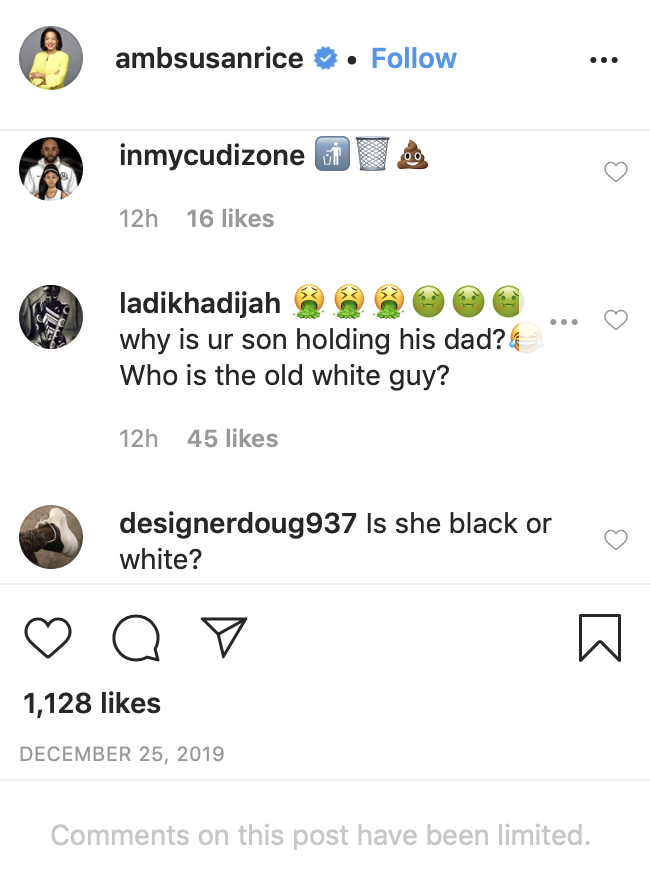 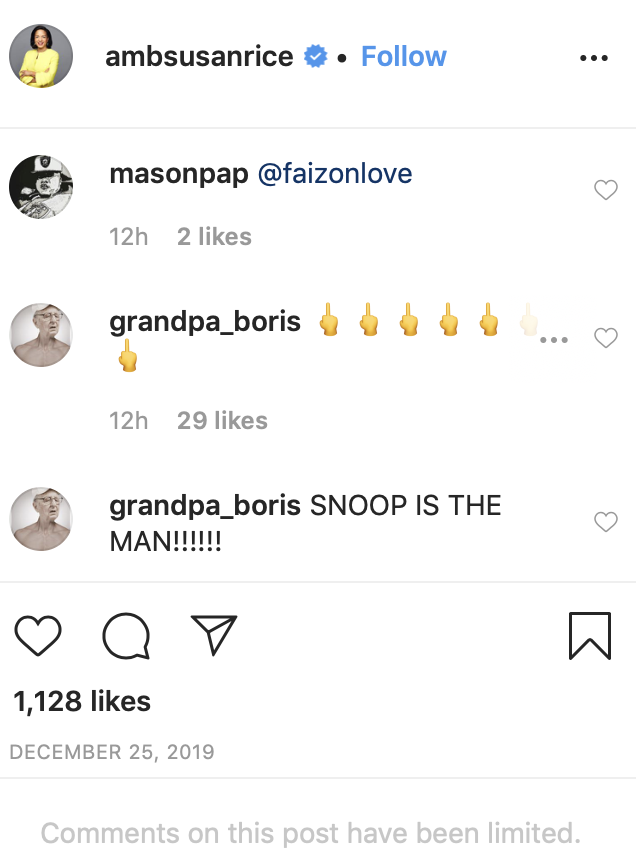 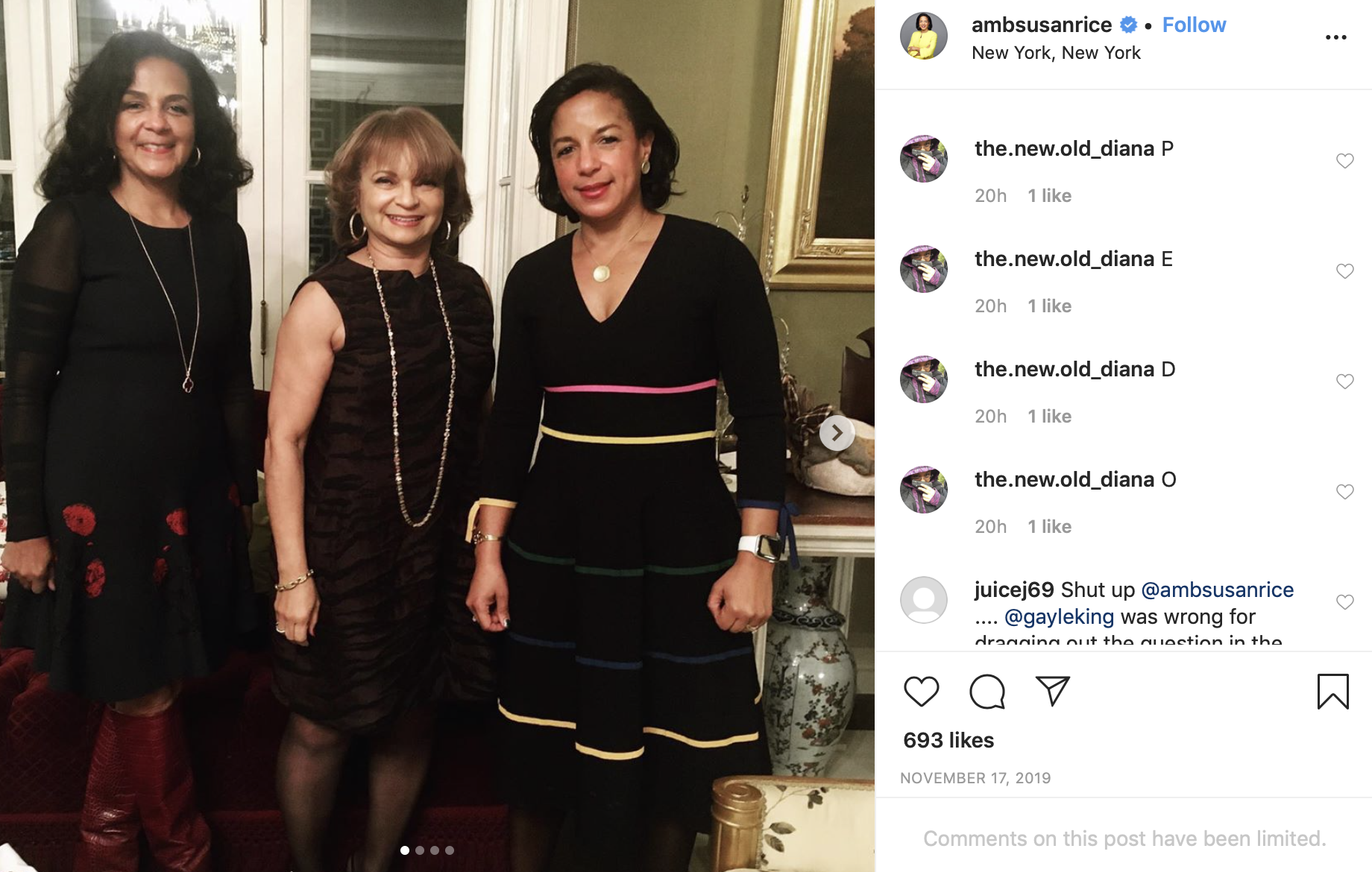 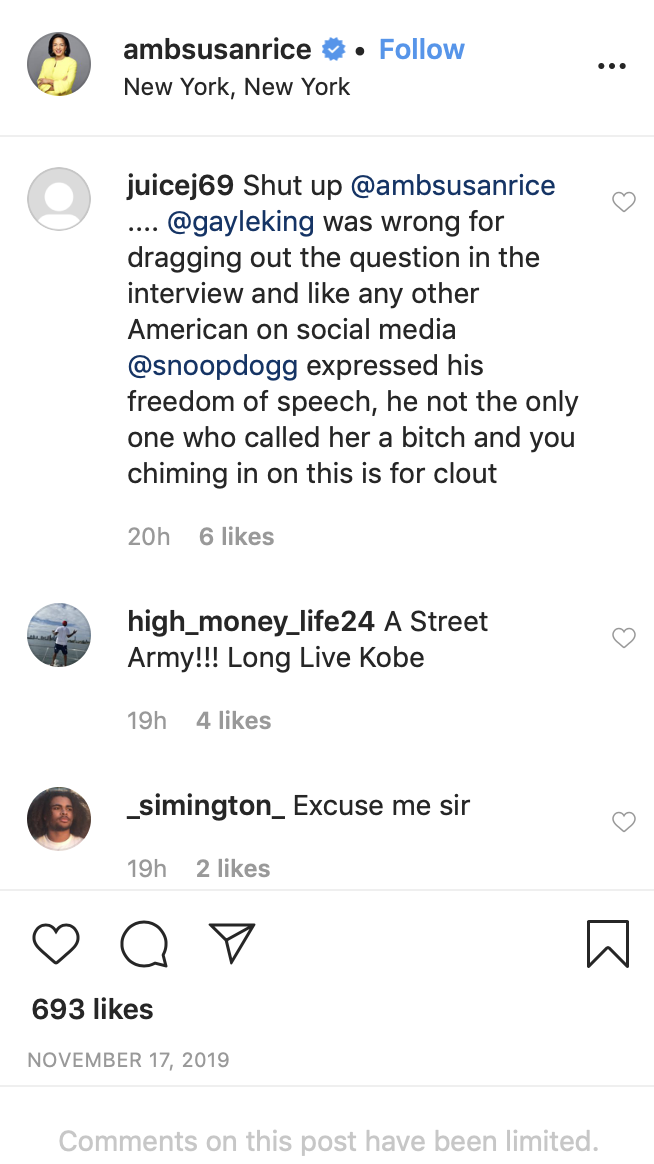 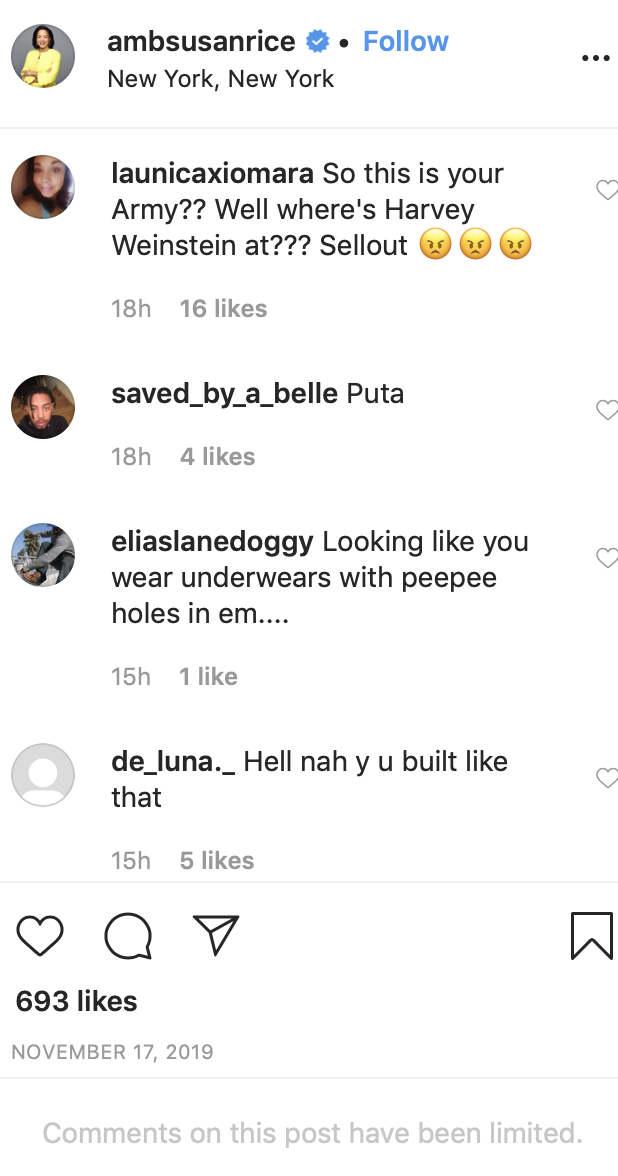