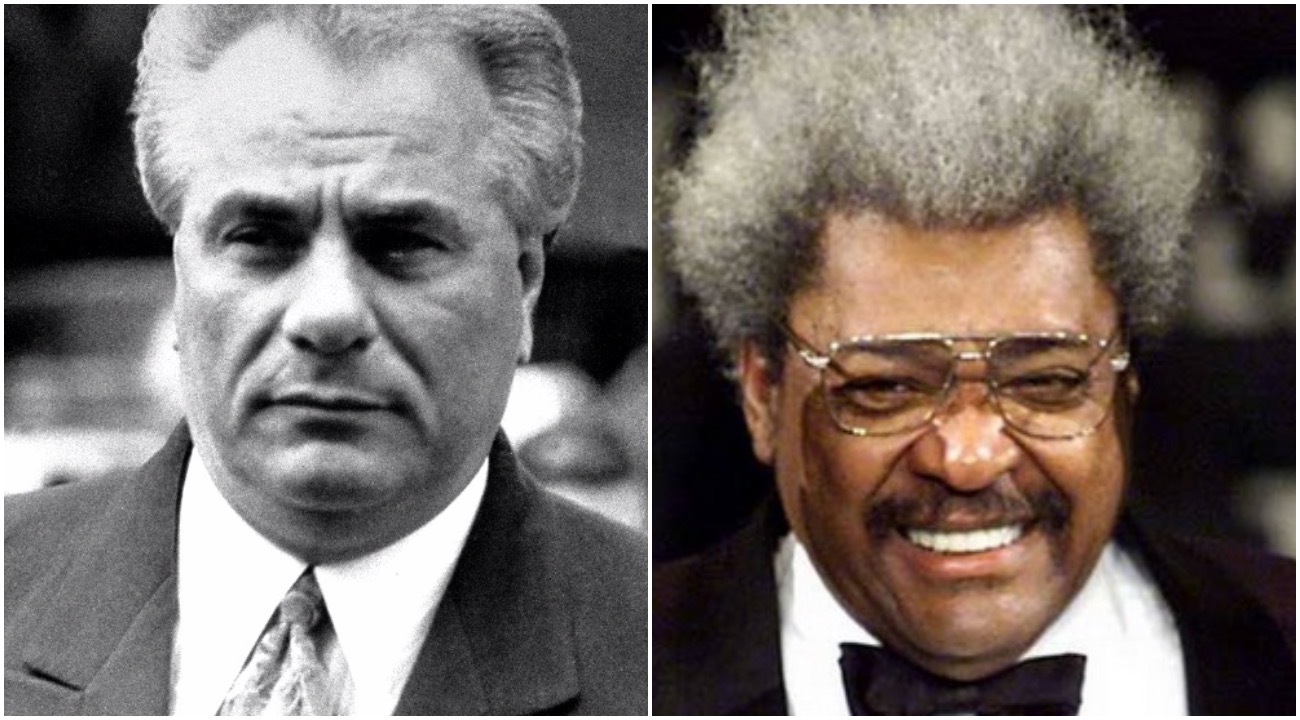 The following video showcases Sammy “The Bull” Grevano explaining how John Gotti, boss of the Gambino crime family in New York City, put out a hit on Don King. A lot of people know Don King as a world famous boxing promoter, however, long before King was promoting professional fights he was a numbers runner in Cleveland. To put it differently, Gotti’s reputation as a gangster is well known but Don King is also a bonafide gangster. He’s known for killing two people in his line of business as a numbers runner. King’s killing of Hillary Brown was ruled a justifiable homicide after Brown attempted to rob one of King’s gambling houses in 1954. He shot Brown in the back. 13 years later King stomped one of his employees,Sam Garrett, to death for which King would spend 16 years in prison on 2nd degree manslaughter charges before being pardoned and set free. Of course, Don King’s known “dirt” pales in comparison to that of Mobb Boss John Gotti. The point is simply to provide context to the following video to showcase we’re discussing gangster vs. gangster. During a 1992 Senate investigation, King invoked the Fifth Amendment when questioned about his connection to mobster John Gotti (and hence refused to testify). Don King would go on to practically run the sport of Boxing, essentially taking it over from the mafia.

Cleveland has a long history of challenging the organized Mobb. The city is situated between New York City and Chicago and crime families from both cities constantly had a love-hate relationship with what’s known as The Land Of The Heartless. Another example would be Irishman Danny Greene.

Check out Sammy “The Bull” speak his piece below.