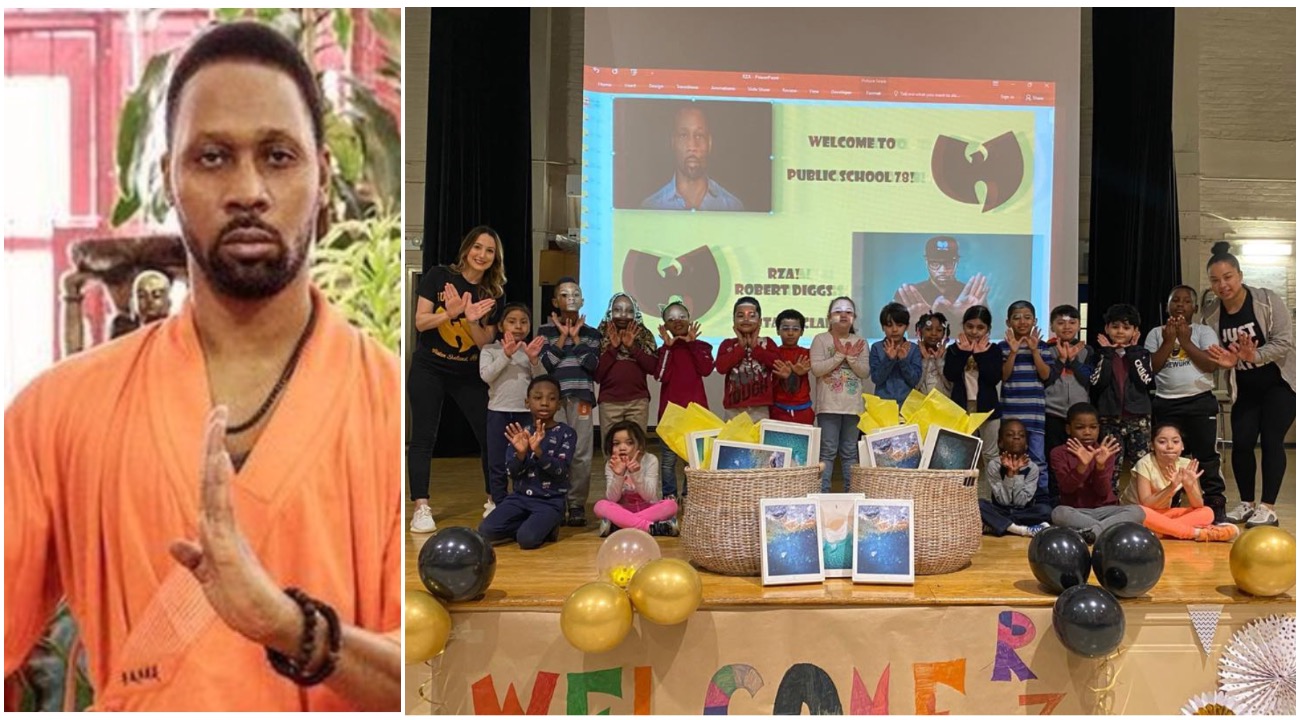 A teacher from a Staten Island school named Jo Ann Accardi tweeted RZA in May 2019 pleading for him to help in obtaining new technology for PS 78, Stapleton. The school handles students from Pre-K through 5th Grade. To Ms. Accardi’s surprise, the Abbott of the Wu-Tang Clan obliged and would eventually supply 30 new iPads for the students this past Thursday (2/27).

“I’m here today because one of your teachers sent me a tweet on my Twitter and she said that there wasn’t enough iPads, just enough to go around…I reached out to my Wu-Tang brothers and Apple, and we have some iPads here going to the school and going to your classes so you guys have a better chance for a proper education.”

RZA posted the following photo of the students on Instagram with everyone throwing up the famous Wu-Tang ‘W.’ RZA captioned the post by stating, “I would like to thank the #Children’s Literary Society #CLS and P.S. 78 for instilling positivity into the youth,” 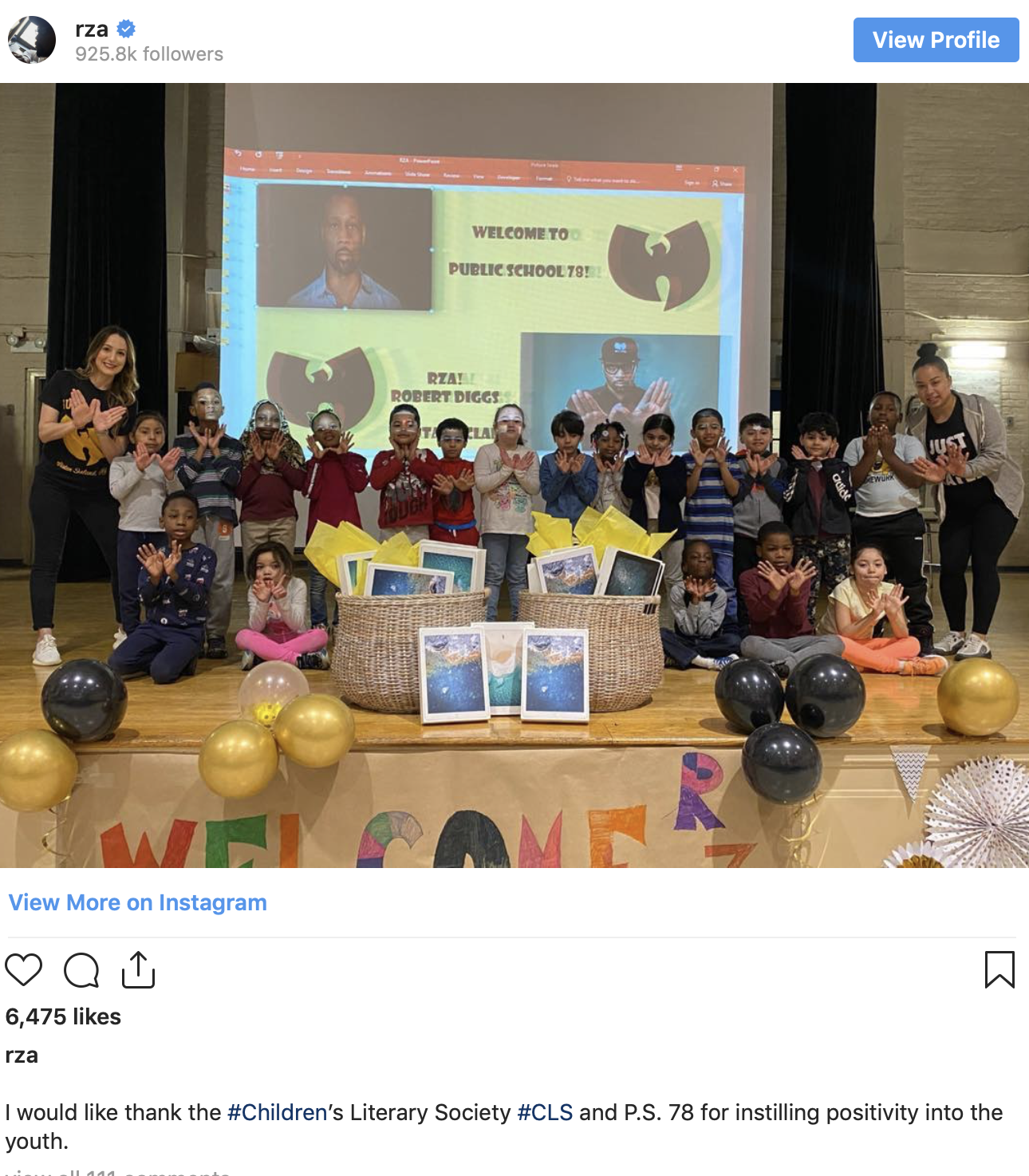 We spent the morning on Shaolin (Staten Island) Stapleton community helping out the schools. Thanks to the dedicated teachers and the charity #Children’s Literary Society #CLS.

Seems like Wu-Tang really is for the children. On a separate note, The RZA continues to promote the ‘Cut-Throat City’ film he directed which will have it’s world premiere on 3/14/2020. Cut Throat City is an upcoming action drama heist film which takes place in New Orleans based on a screenplay by Paul Cuschieri. It stars Shameik Moore, T.I., Demetrius Shipp Jr., Kat Graham, Wesley Snipes, Terrence Howard, Eiza González and Ethan Hawke. 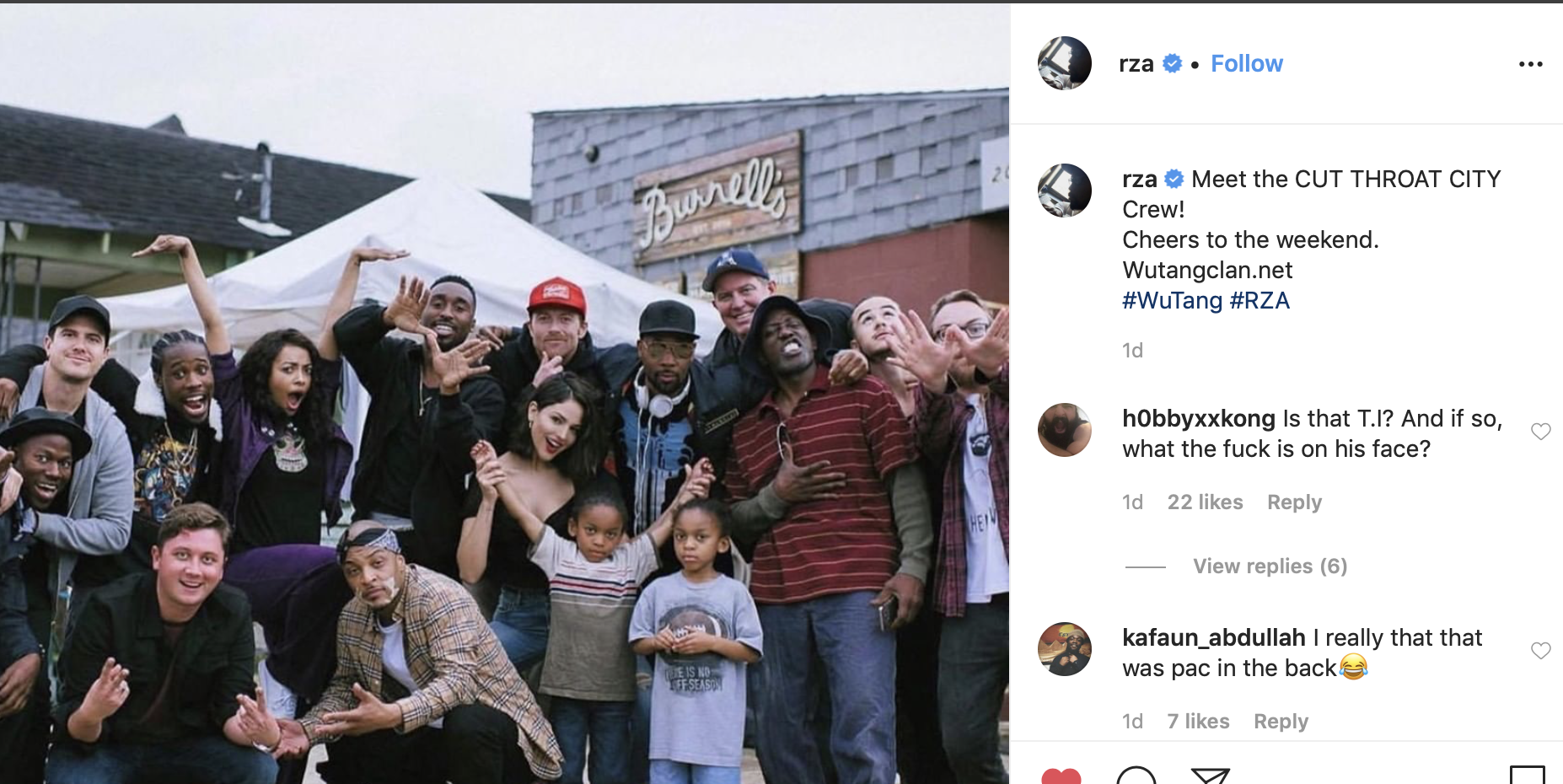 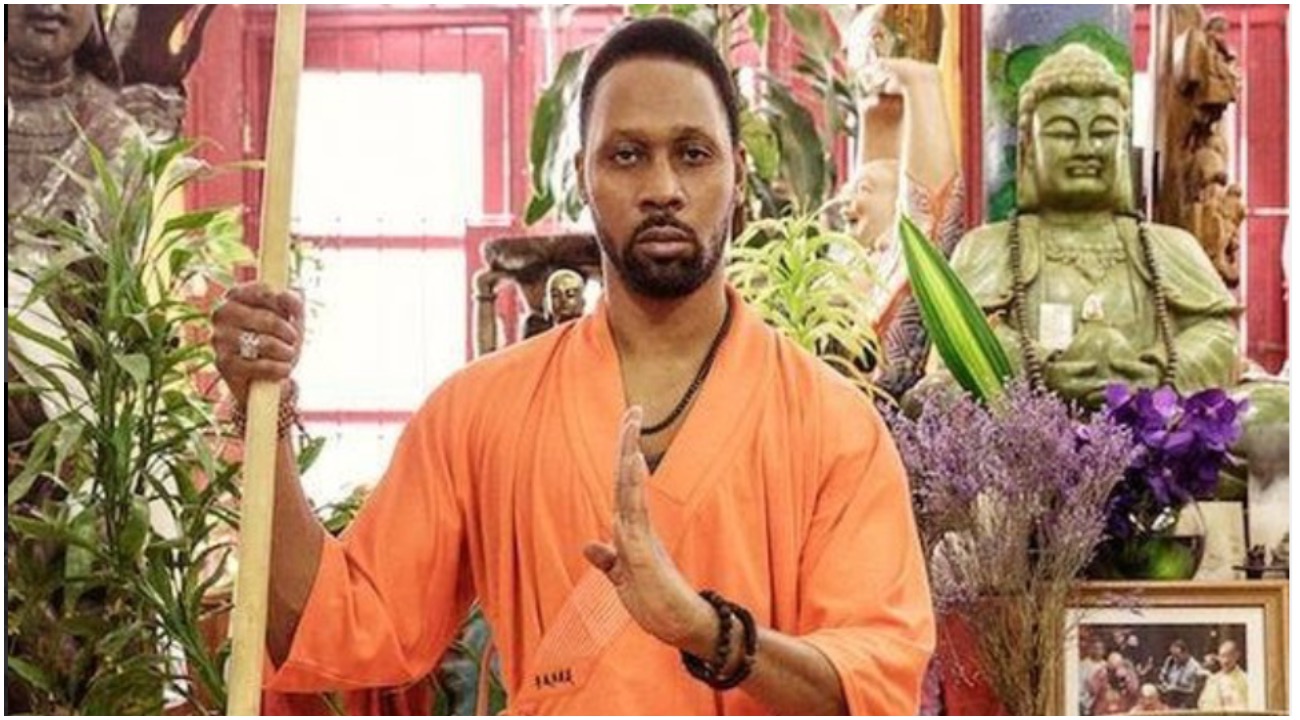 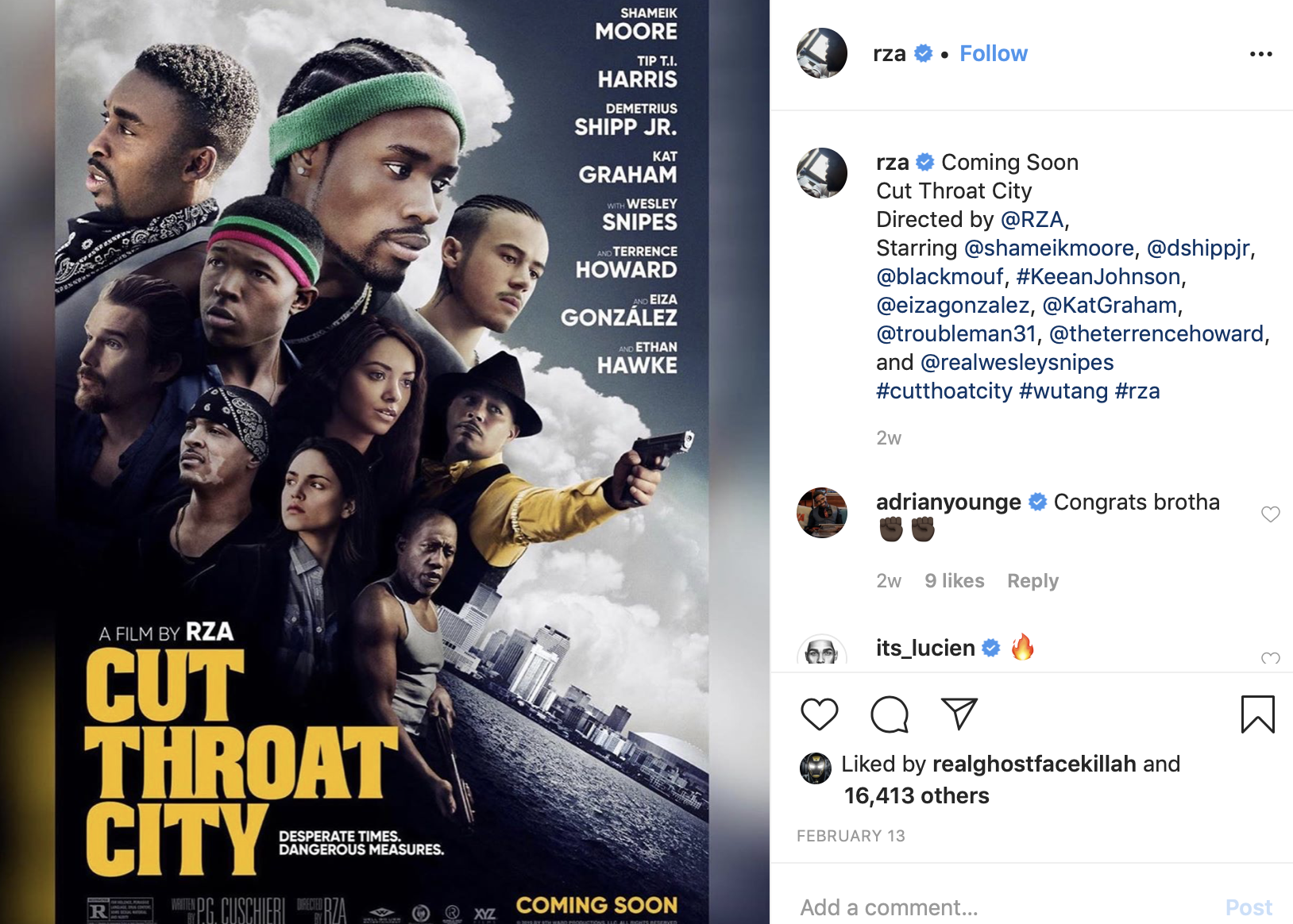