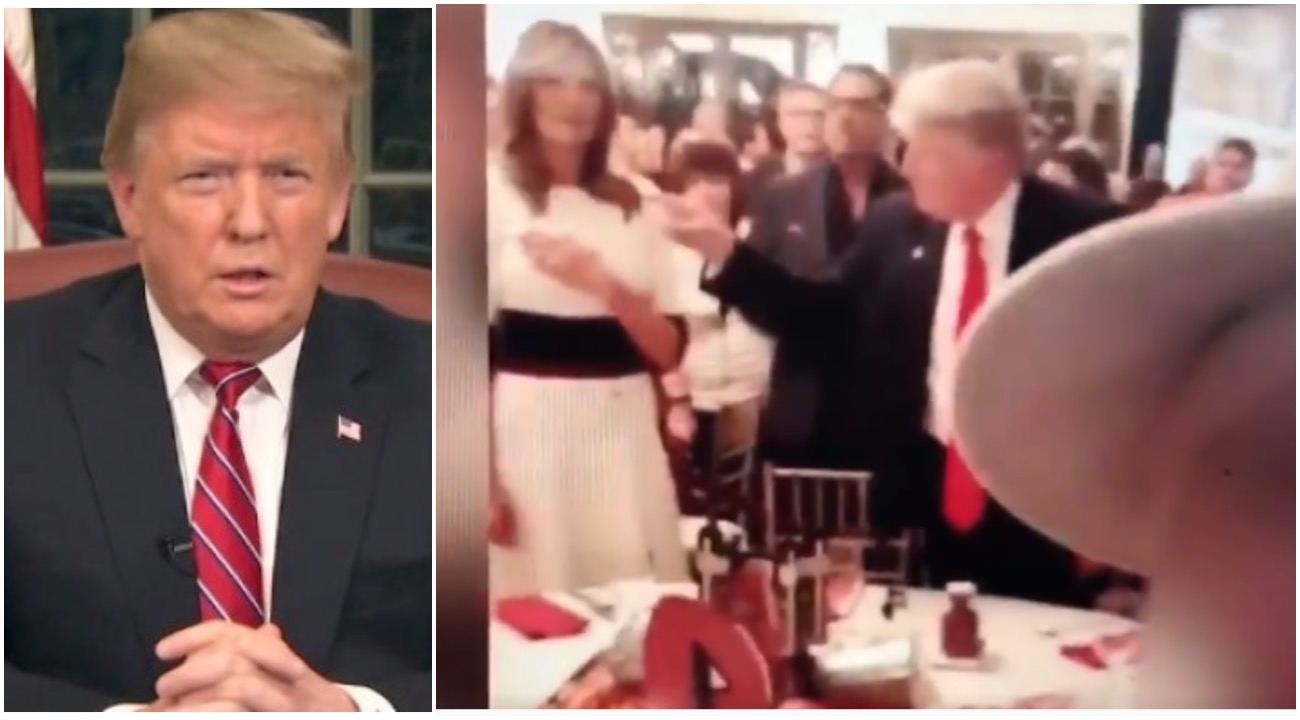 President Donald Trump, probably with no ill intention on his part, is being criticized today as a video goes viral of The United States President noticeably enjoying himself a little too much more than is customary while the National Anthem was being sang by Demi Lovato. This follows a major backlash coming from many Trump supporters over Jay-Z & Beyonce remaining seated for the National Anthem. While most people in their section also seamed to remain seated, Fox Nation correspondent Tomi Lahren hypocritically only took time out to attack “them,” that is, the Carters (see here and here).

I’m going to bed tonight grateful that we now have video proof that Trump is more disrespectful to the national anthem than any football player.

The question at this point is will these same people who leveled such brutal criticisms at the Carters ask the President “why do you live here?” after watching the following video?

The video below show President Trump claiming the center of attention while the nation’s anthem is being sang.

Oh, we’re sorry, but @Kaepernick7 taking a knee was disrespectful? Then what is goofing off, talking, pointing and joking during the anthem?

Sure glad we spent the past few years listening to Trump’s faux outrage over kneeling during the national anthem! He obviously takes this song very, very seriously. pic.twitter.com/qgA5NSeUG2

BREAKING: Rep. Eric Swalwell just called out Trump on the video of him fidgeting and pointing during the national anthem

“Our troops are worthy of a commander-in-chief who respects them. Instead, they’re being led by a self-centered man-child.”

Conservative Twitter: outraged all day because Beyoncé and Jay-Z chose to sit silently during the National Anthem.