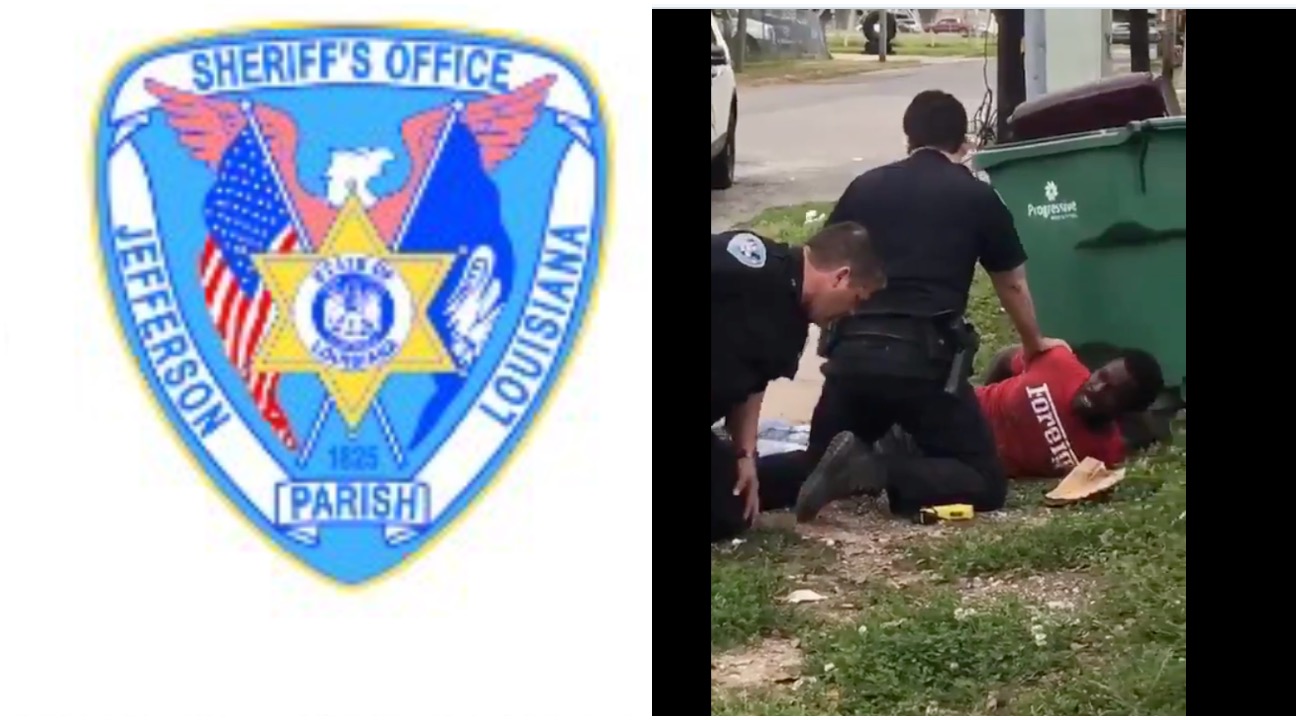 THIS IS WHATS GOING ON IN OUR NEIGHBORHOOD! JP PUTTING DRUGS ON PPL!!! pic.twitter.com/KHZMGFKWXB

As we reported earlier, a man was video recorded by a fellow citizen while being apprehended by Jefferson Parish sheriffs. During the clip, the sheriffs appear to be planting drugs on the man. Police in America have been accused countless times of planting drugs on citizens in order to provide a justification for their arrest. In the age of social media one never knows when they’re being video recorded and this instance happens to have been caught on a camera phone.

The apprehended citizen is heard shouting, “There ain’t no crack in the bag …Are you serious?” Shocked to find out he’s being video recorded, one of the sheriffs aggressively snaps, “Get out the way! Go inside!”

The Jefferson Parish Sheriff’s Office has now put out the following statement in response to the above-referenced video:

“The video in question is part of the evidence that has been collected in this case. It has been alleged by third parties that evidence on the scene was planted by one of our deputies. Our on-scene deputies have been interviewed in this matter and gave reasonable explanations to the actions depicted in the video.”

The sheriff’s office says the bag in question was collected as evidence, but tested negative for narcotics. Authorities also claim that the suspect bit a deputy during the investigation. The deputy was reportedly treated at a hospital and has since been released. 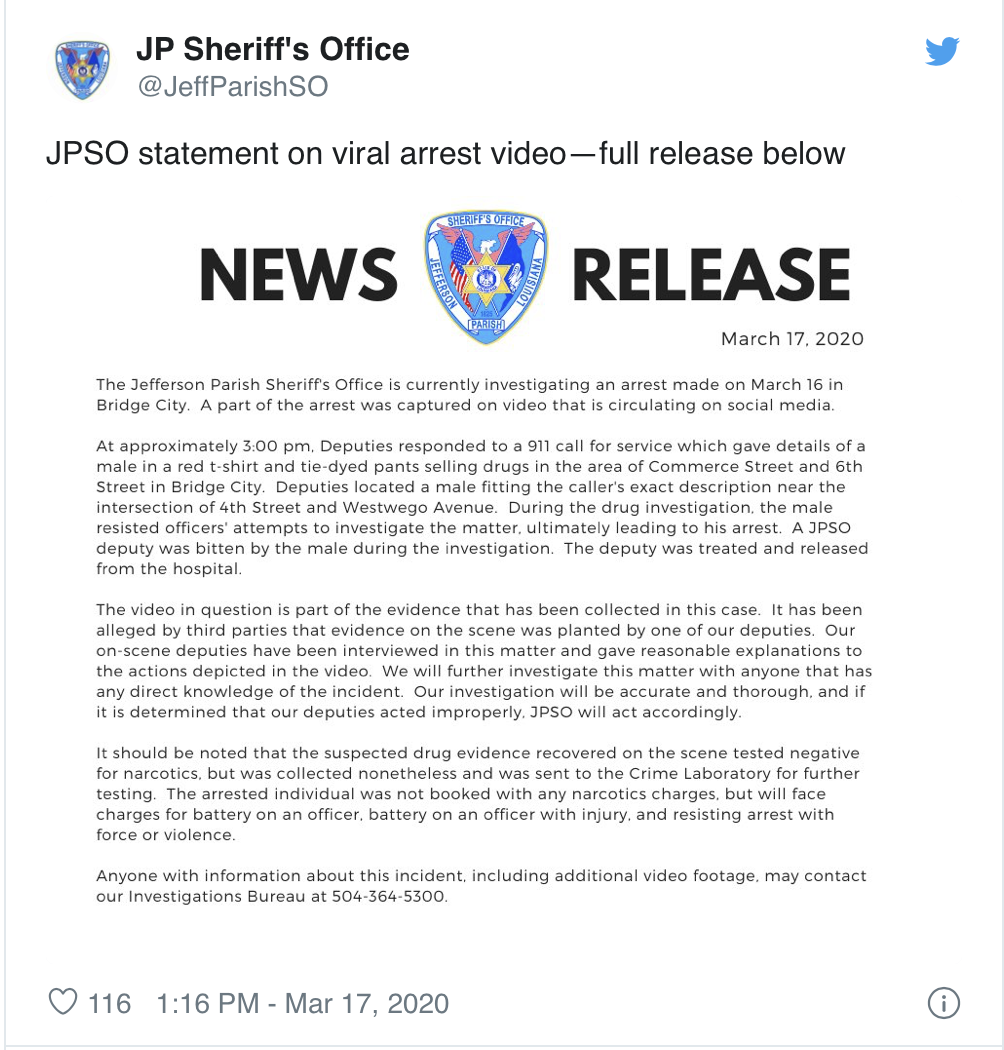