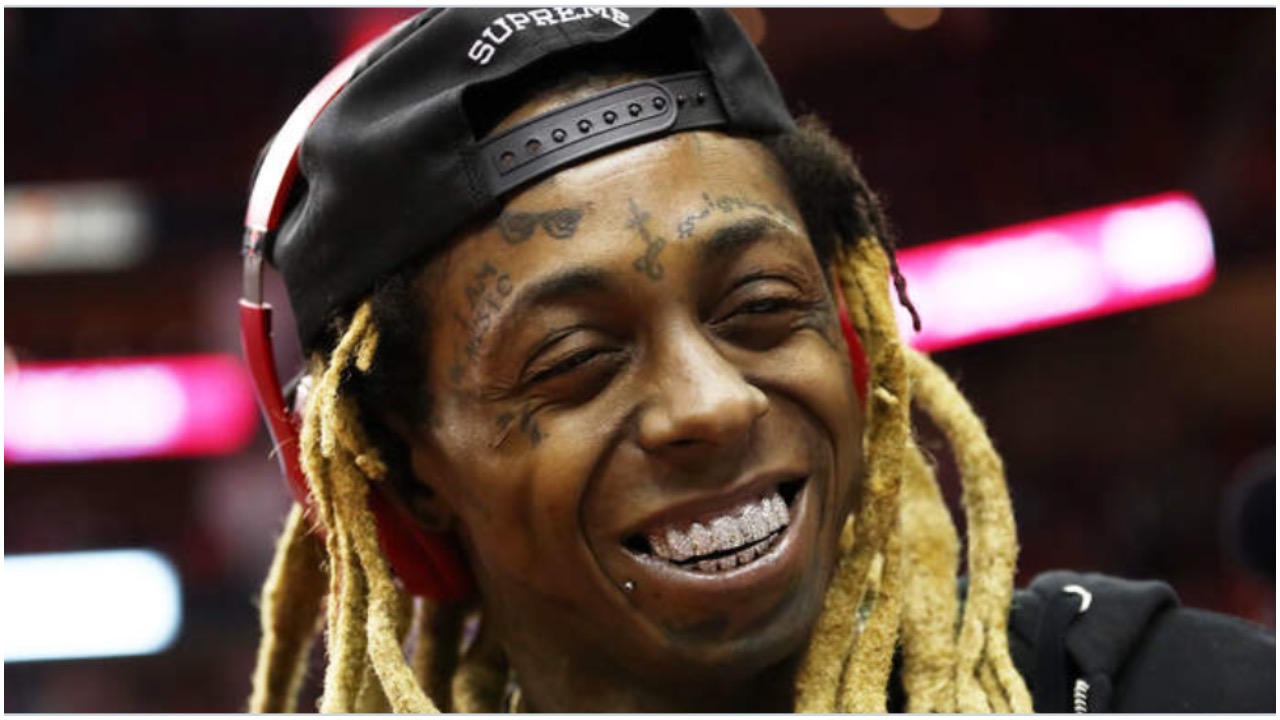 The official court records in Lil Wayne’s (legal name: Dwayne Michael Carter) federal case have been made public. This comes after we reported yesterday (11/16) that Wayne is facing up to 10 years behind bars over a weapons charge after being charged in Florida with possession of a firearm by a convicted felon.

The charges stem from an incident in December 2019 when the private plane which Wayne was aboard was searched in Miami. Drugs and guns were found on the plane.

An initial court date on the weapons charge is set for Dec. 11 in Miami federal court. We’ll have more on this matter when the details become available. Find the court documents below. 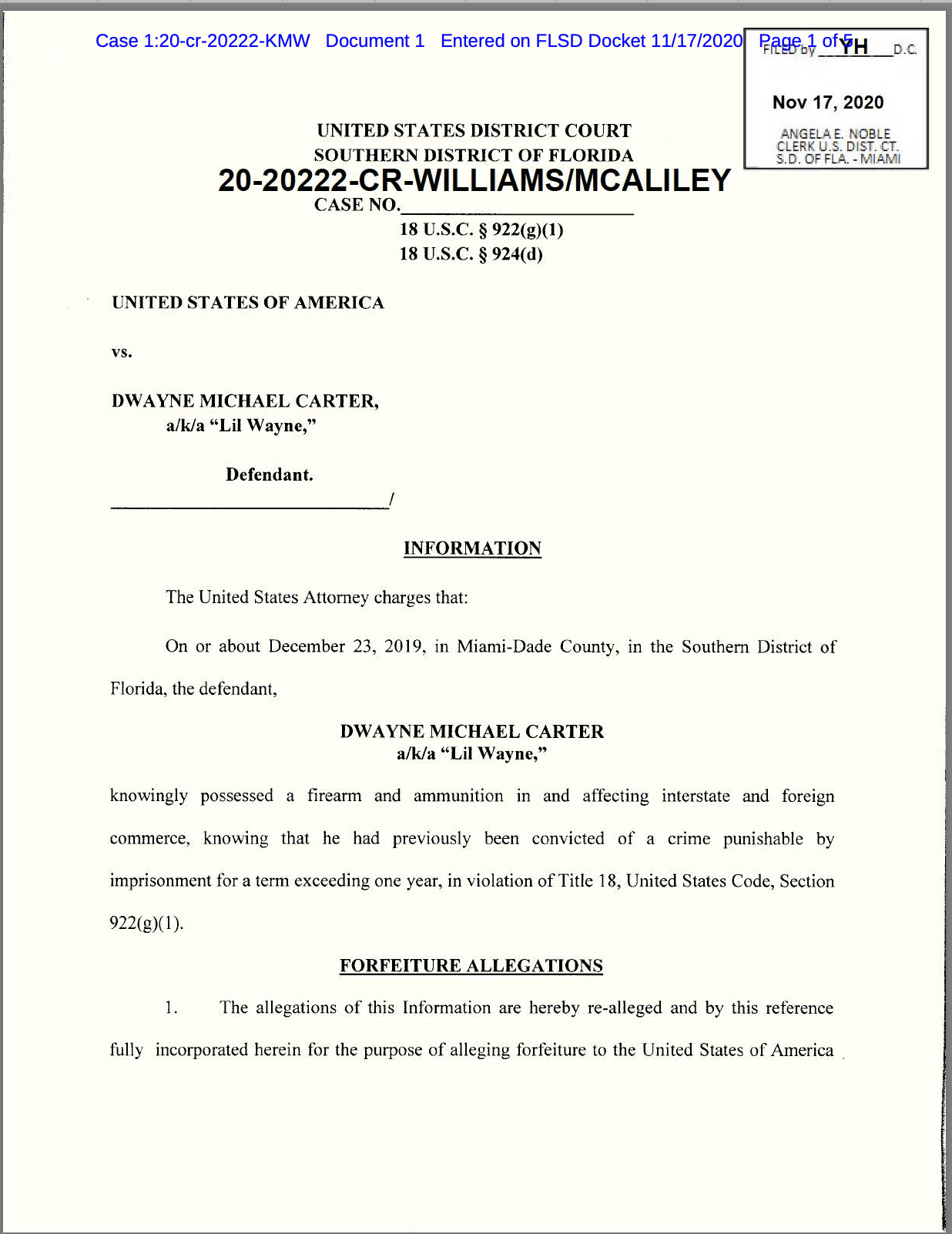 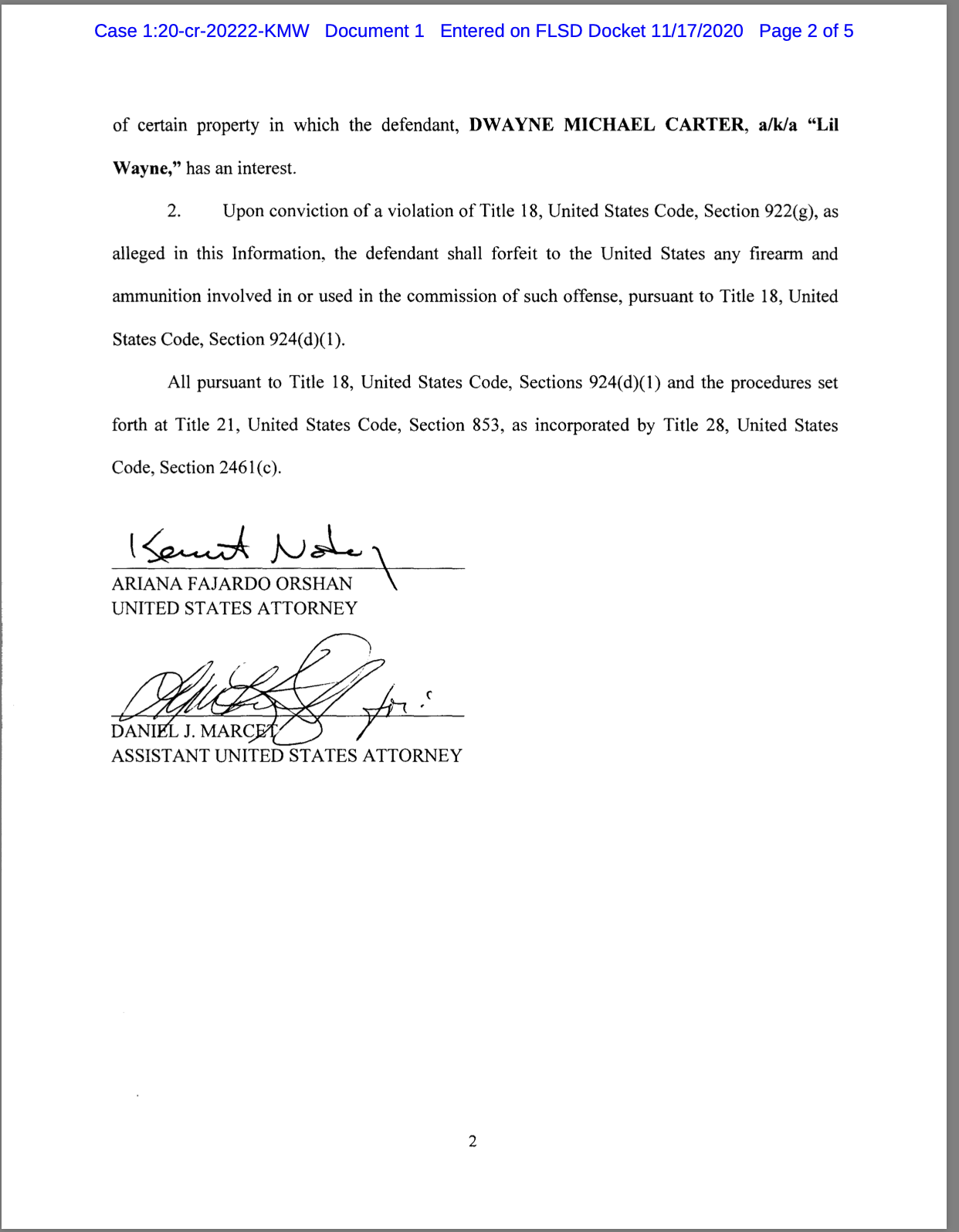 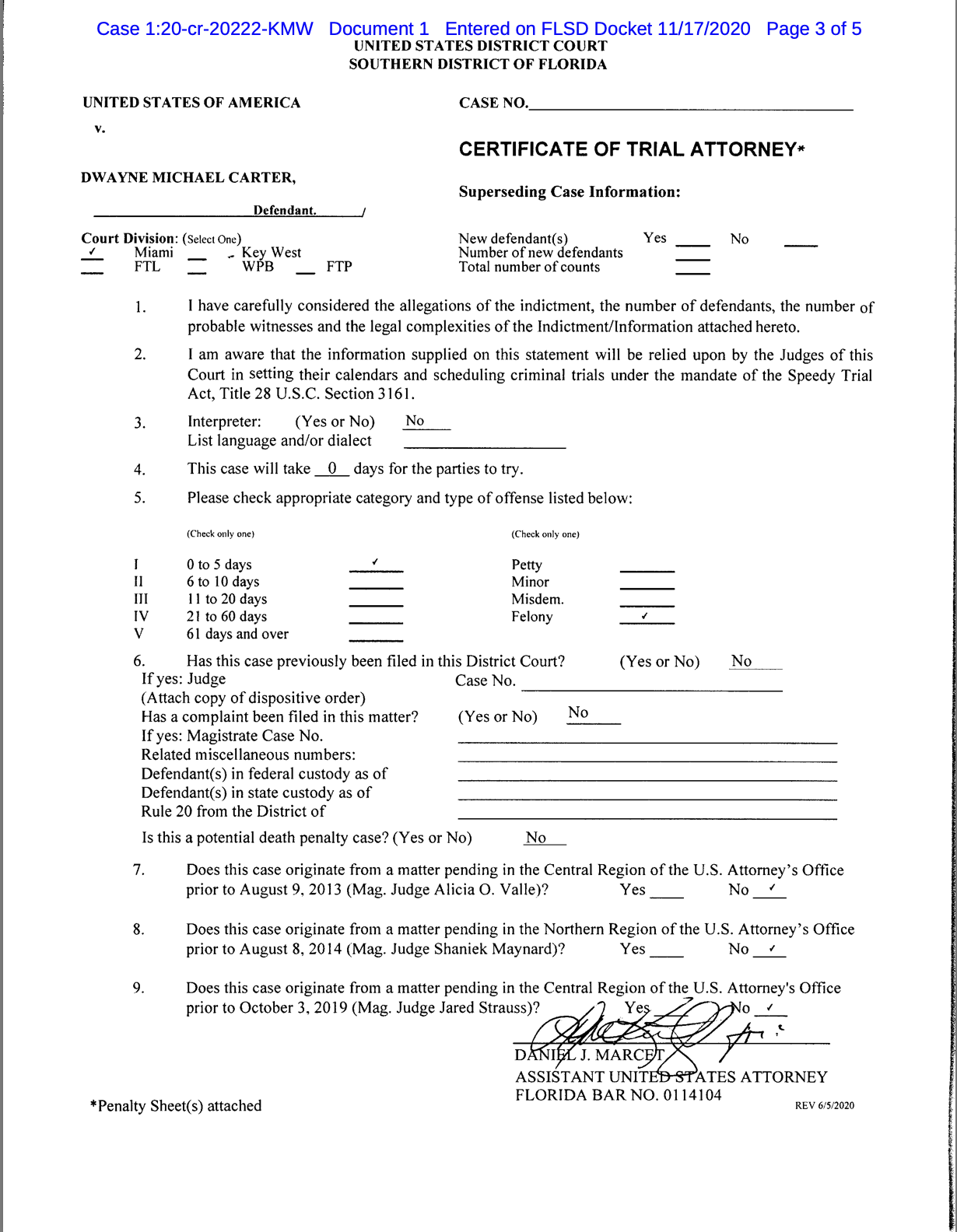 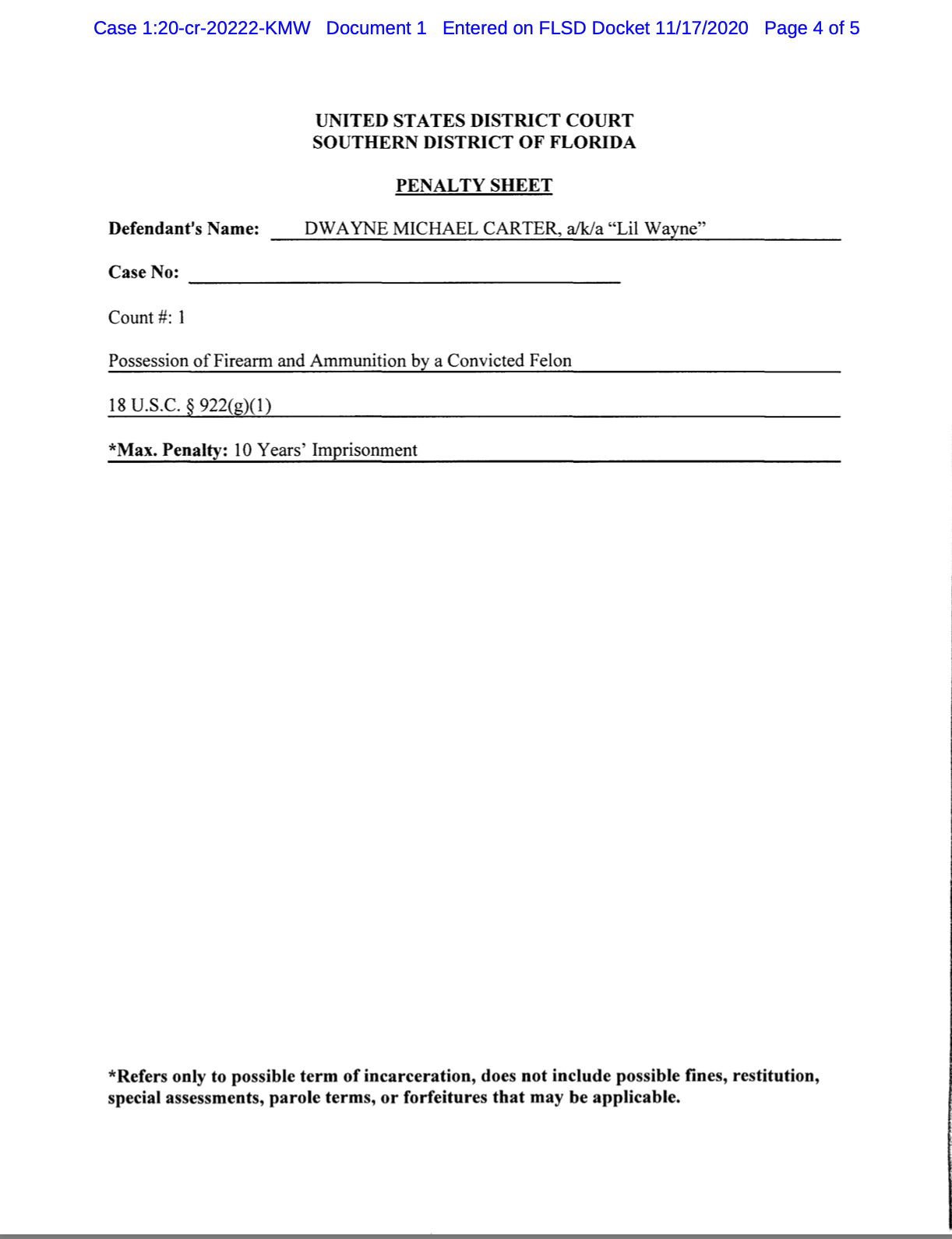 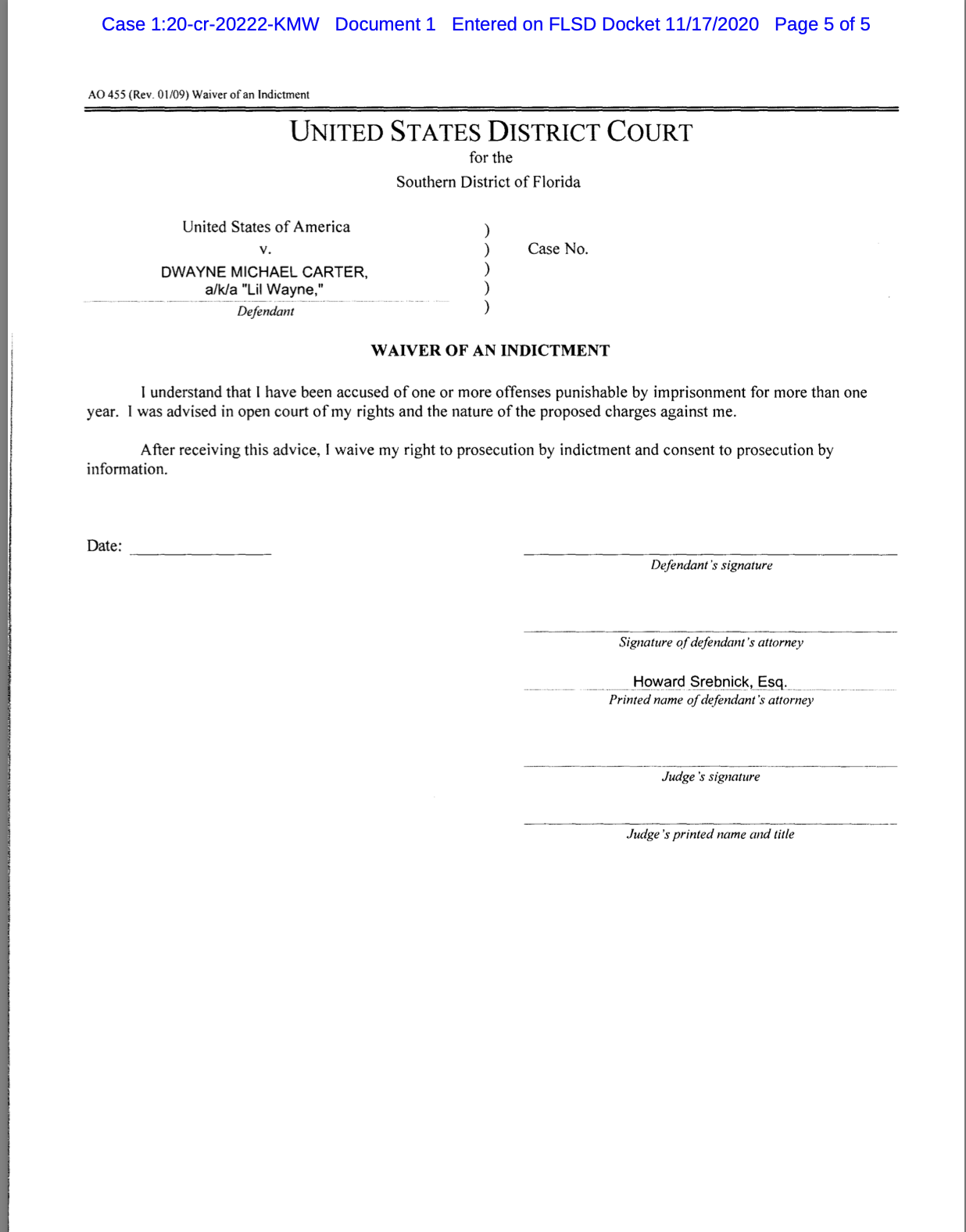 In separate news, 50 Cent seems to suggest that Lil Wayne is being targeted by the Democrats for offering his endorsement to President Trump’s reelection campaign.