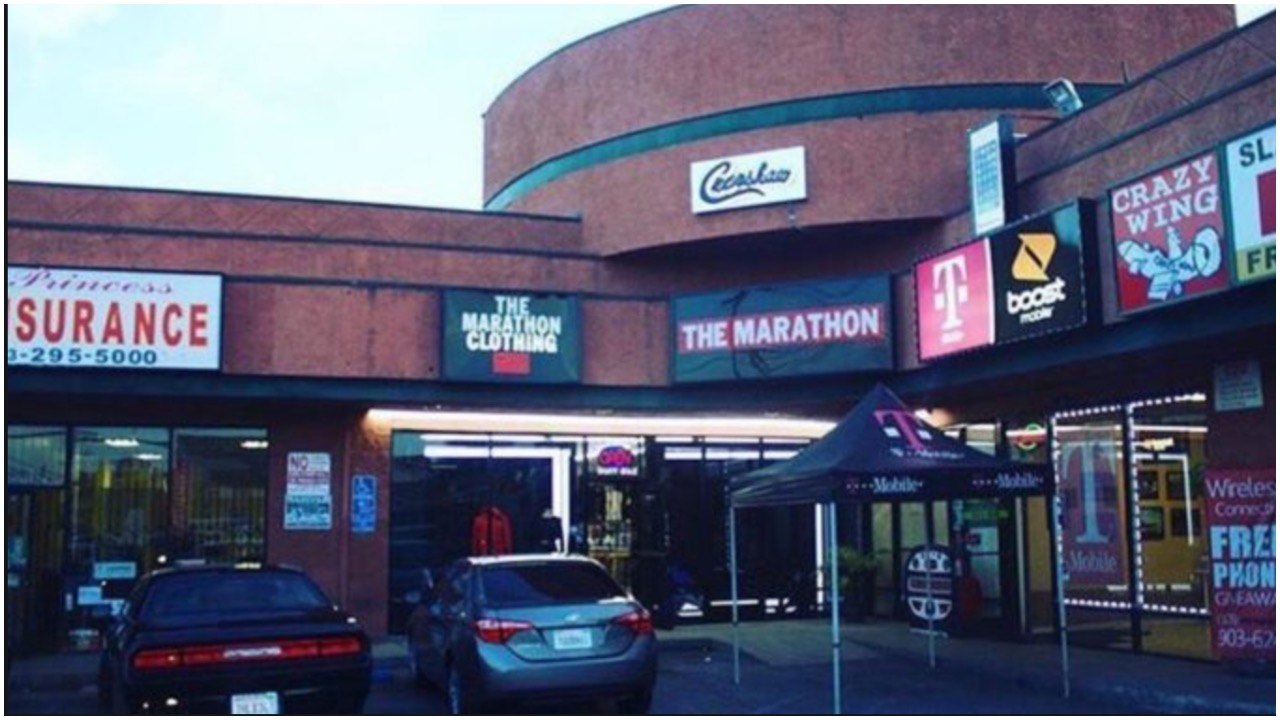 Nipsey Hussle and his brother, Blacc Sam, had a dream of rebuilding their Crenshaw community by being part of the area’s development. This is during a time with massive gentrification taking place all around the country. Unfortunately, it seems like bad luck has been a reoccurring theme for the Asghedom brothers. Nipsey Hussle and Blacc Sam faced immense pressure from the City Of Los Angeles and certain officials who did not want the brothers doing business in the area. There are also widespread rumors about certain high-level gang members who were not happy with Nipsey Hussle & Blacc Sam. Then, Nip was tragically shot & killed on the very property which he walked passed daily and eventually purchased as an adult.

In a video now going viral on social media, the building where The Marathon Clothing is situated can be seen with its windows busted along with the building walls spray painted. All of the retail units in the strip mall appear to have been damaged.

The Crenshaw and Slauson corner in “South Central” Los Angeles is synonymous with Nipsey Hussle and his legacy. Blacc Sam and his business partners still have major plans for the area.  The man accused of killing Nip more than 1.5 years ago, Eric Holder, continues to wait to go on trial.

We’ll have more on this matter as the details become available.  Find the video up top.