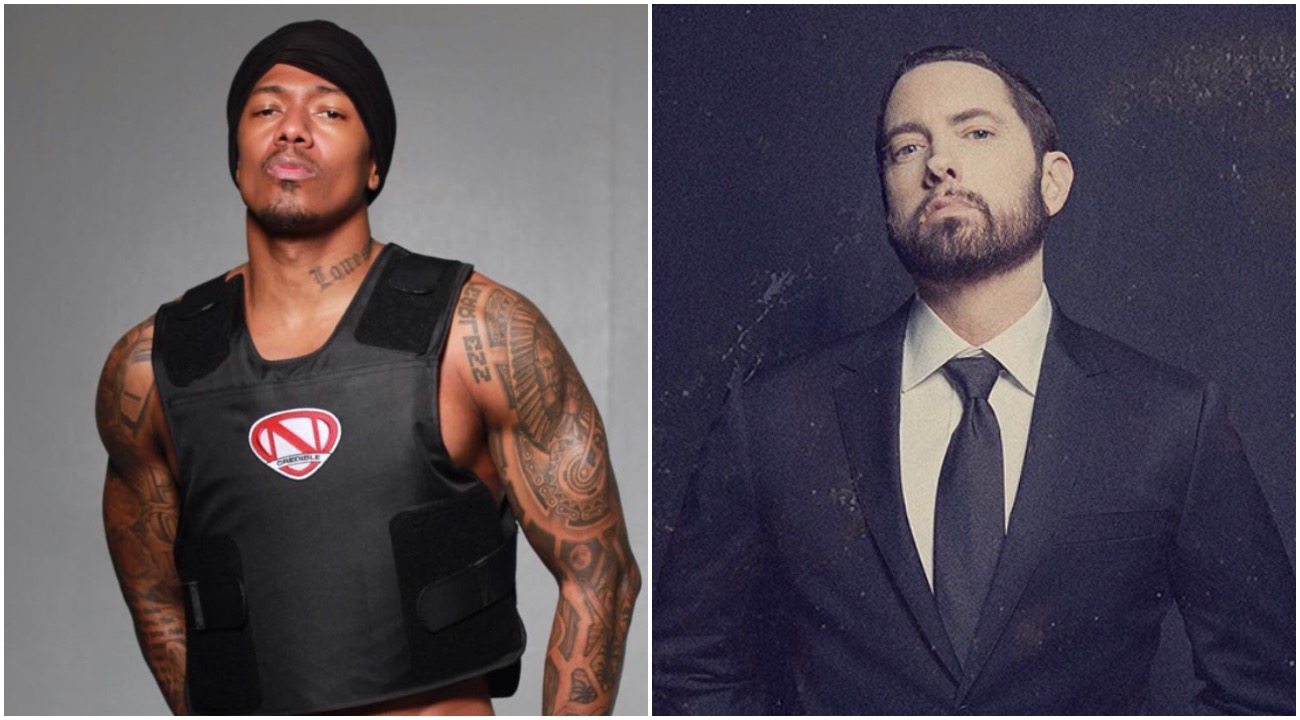 Nick Cannon and Eminem have been beefing for quite some time now. Their beef is rooted in Mariah Carey but has since taken on a life of its own. We break down point by point how the two men started beefing again in 2019 (see that article here).

After Nick Cannon dropped several diss tracks with the stated objective of bringing Eminem on to his Wild ‘n Out show, Cannon is back to addressing the veteran Detroit rapper. In Cannon’s third diss track, ‘Canceled: Invitation,’ Cannon sampled an old pre-fame Eminem track that saw him rap, “Black girls are b*tches, Black girls are dumb,” to which Cannon asserts that Em was racist, and compared him to the KKK.

During a recent interview with VladTV, Cannon continues to insist Eminem is racist, stating, “Very racist, beyond racist,” Cannon states in regards to the above-mentioned Eminem track. “If you listen to the entire song, it’s clearly a song where he’s blatantly disrespecting Black queens. Not beating around the bush, what he said is, ‘Black girls are b*tches, Black girls are dumb. They only want your money.'” Vlad adds that sources have informed him there are other rap tracks from Eminem’s underground days with questionable content, to which Cannon replies, “Yeah, where he’s saying ni**a and all that sh*t.”

Vlad then makes the same allegement that Benzino has made many times in the past which is that Interscope Records had to come forward and “buy these guys out…”. In other words, Vlad is suggesting Interscope Records bought out all of Eminem’s underground material in order to take it off of the market so that the reputation and image of their artist (i.e., Eminem) would not be affected. Cannon responds by stating he doesn’t “give a f*ck” because “that one [track] alone should be enough.” Cannon further states that it’s disappointing to see how people have defended the track, which he added could have resulted in someone else being “canceled” in the current sociopolitical climate.

“You know what the defense was? ‘He already apologized for that,’…Probably the weakest apology ever, ‘I was young and I had a Black girlfriend who cheated on me and I was mad.’ … He’s sorry for his individual racism, definitely, I believe he’s sorry for saying for the things he said when he was younger. But he’s not sorry for institutional racism, because he’s a product of it.”

Catch the brief clip below.