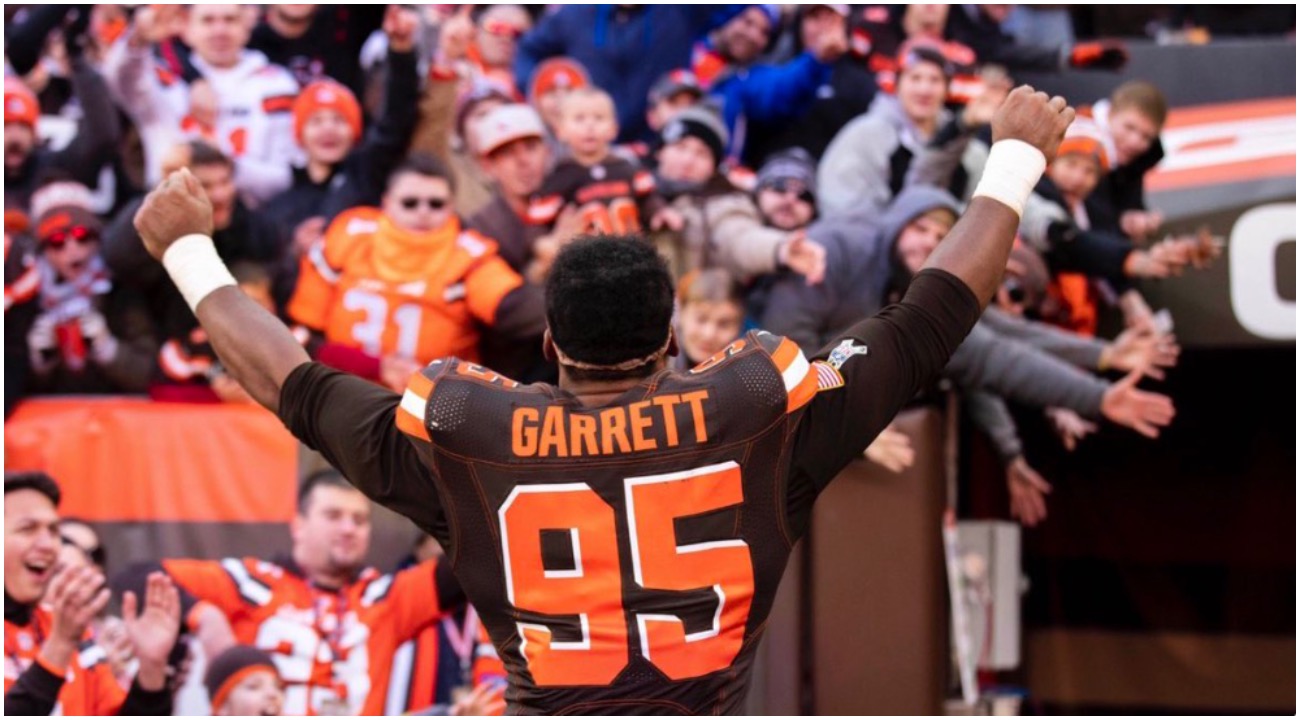 You may recall Cleveland Browns lineman Myles Garrett was suspended indefinitely for his altercation with Pittsburgh Steelers quarterback Mason Rudolph. Although Rudolph clearly seems to have instigated the ordeal Garrett nevertheless should have refrained from hitting beta-male Rudolph with a helmet on his head.

The NFL has decided to reinstate Garrett. Garrett is universally considered, by coaches and players alike, to be one of the most stand-up guys in the NFL.

Browns General Manager Andrew Berry stated on Garrett’s return, “We welcome Myles back to our organization with open arms. We know he is grateful to be reinstated, eager to put the past behind him and continue to evolve and grow as a leader. We look forward to having his strong positive presence back as a teammate, player and person in our community.”

Adam Schefter reports the Good Samaritan will be headed to East Africa next week as captain of the NFL Waterboys program which helps to bring fresh water to underprivileged communities abroad.

Myles Garrett's reinstatement is effective immediately. But for now he has other plans. Garrett is captain of the NFL's Waterboys program, which works to bring clean water to communities in need in East Africa. He is is set to depart on a humanitarian trip next week to Tanzania.