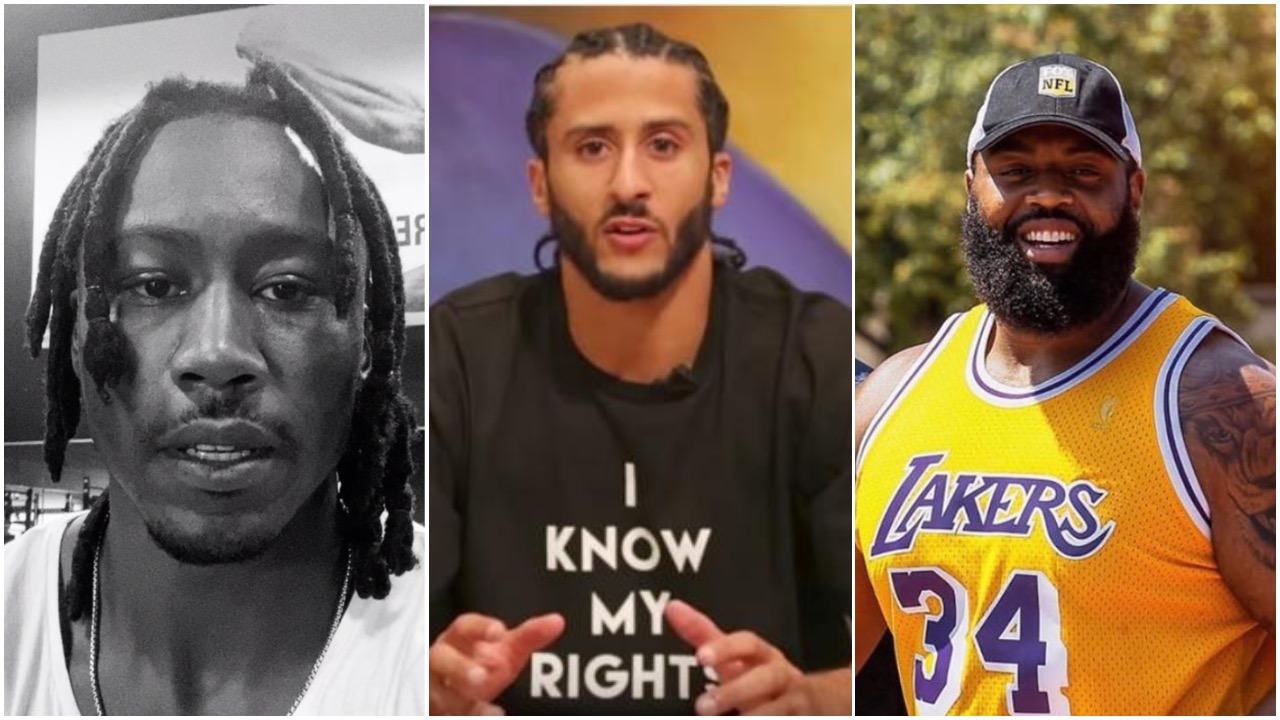 As the discussion about Colin Kaepernick’s 2016 national anthem protest becomes mainstream following  the global protest over the lynching of George Floyd, Chicago Bears defensive lineman Akiem Hicks spoke bluntly on a video conference call with reporters about how Kaepernick sacrificed the remaining years of his NFL career to raise awareness for racial inequality and rampant police brutality.

According to the Chicago Sun-Times, Hicks states, “All I will say is this: We saw it. We watched how it unfolded…And we see that he doesn’t have a job now. This call isn’t to advocate for Kaep getting a job, but he did sacrifice his position for where he is now. His career was ended because of it, in my opinion.”

Hicks goes on to state,  “We signed Mike Glennon.”  Glennon was signed by the Bears over Kaepernick three years ago and started four games before being replaced by Mitch Trubisky. Hicks continued his candid criticism of Glennon, stating, “You heard that, huh? Yeah, I said that. It was a feeling.”

Hicks is convinced many players would have lost their careers had they sided with Kaepernick, further stating,  “I had the same thought that 85-90 percent of the league felt at that moment: If I get down on one knee in front of this stadium, I am fired; My job, my life, my career is over; I will be blackballed,…And then, to come out on the other end and watch it actually happen to Kaepernick just tells me that my feelings were real. It was the reality, and hopefully it won’t be going forward.”

In a separate interview with Complex, current NFL free agent Brandon Marshall reveals, “I received a letter, a threatening letter. Somebody was saying they were going to put me in a wheelchair, call me all kind of N-words, and derogatory terms. I’m sure Kap received the same. Somebody came to my facility and burned one of my jerseys. And I lost two endorsements.” 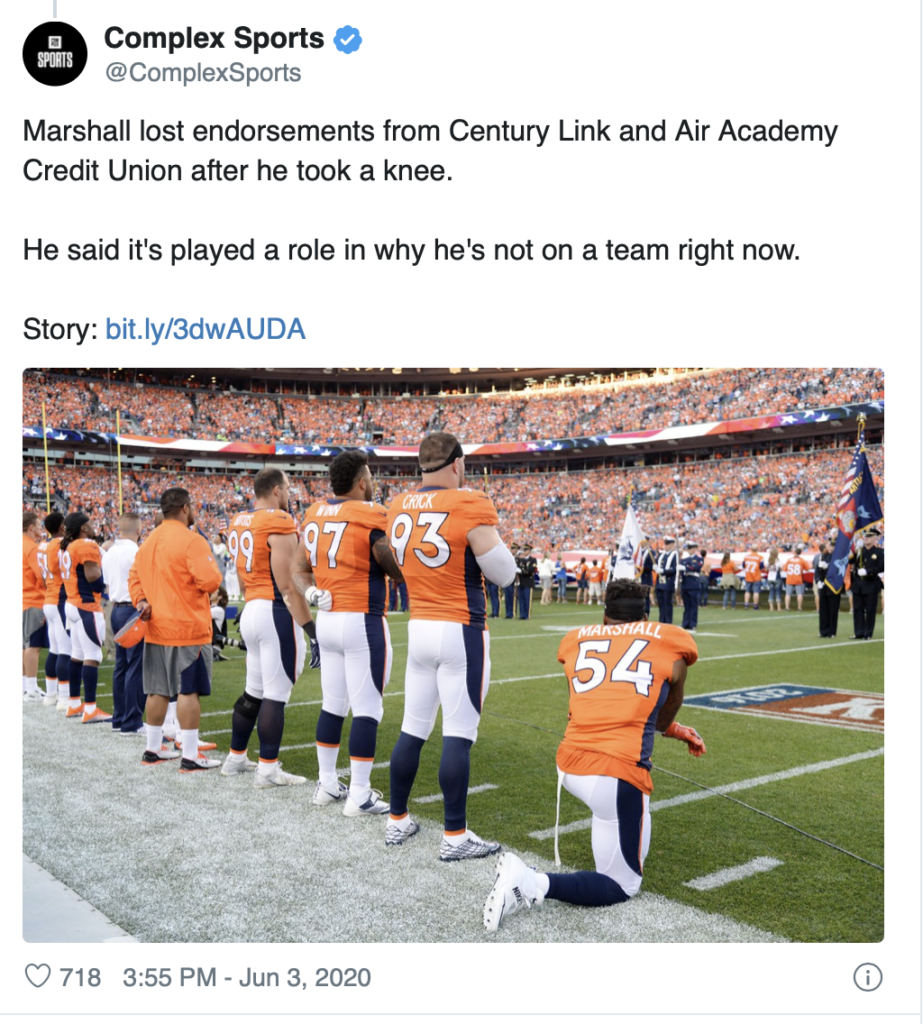 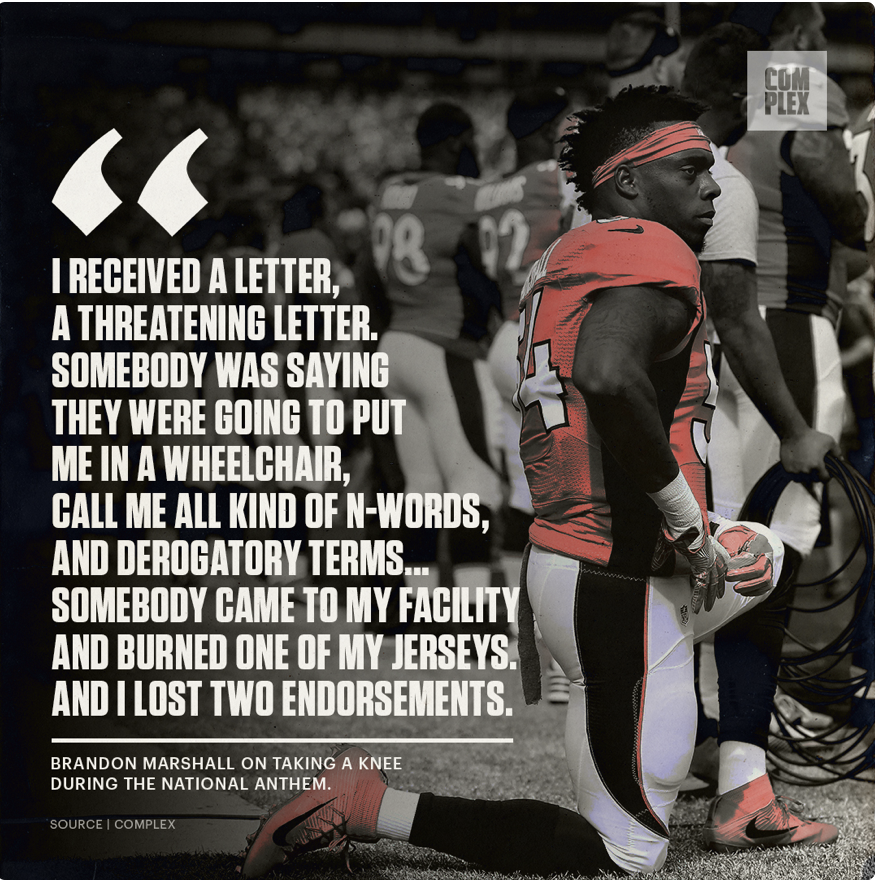 Essentially, Hicks and Marshall are asserting that they were coerced into refraining from protesting on public property (NFL stadiums excluding the home stadium of the Dallas Cowboys are publicly-owned, tax-payer funded properties).  Assuming these matters will begin to be investigated with diligence moving forward, the NFL could possibly end up facing massive lawsuits and possibly even class-action lawsuits to the tune of of hundreds of millions of dollars. We’ll have more on this matter as the details become available.