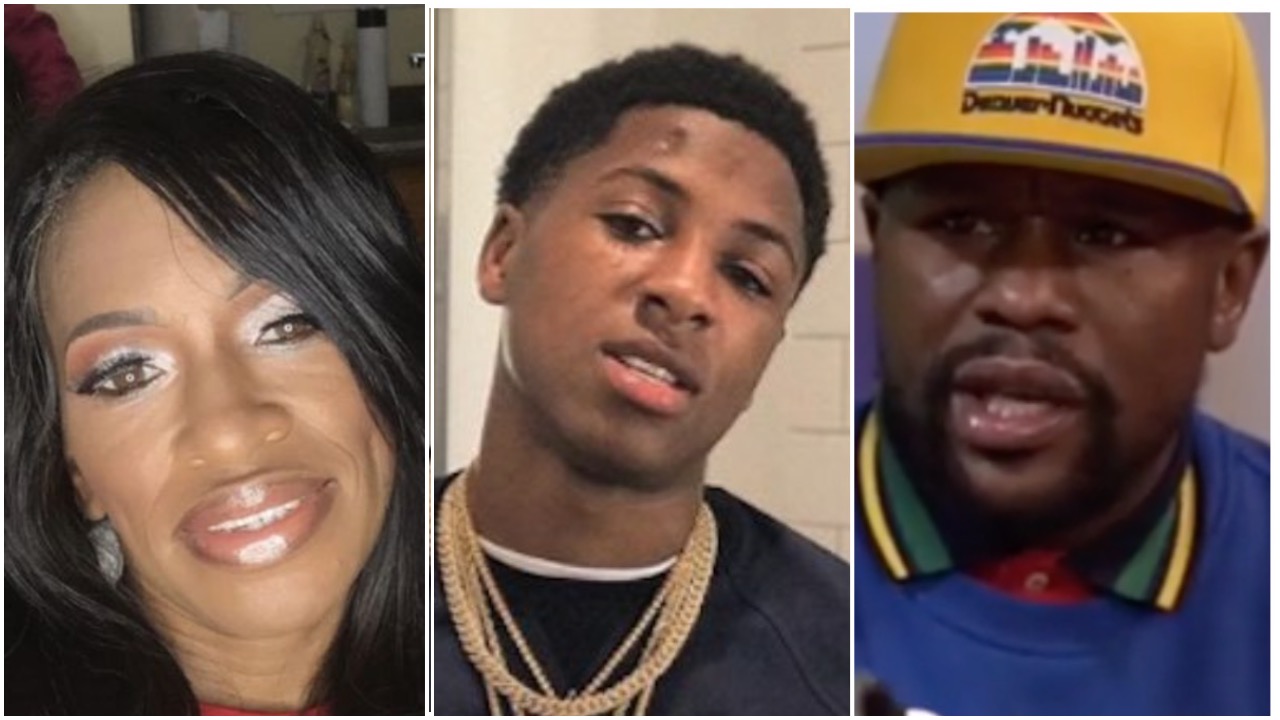 NBA YoungBoy’s mother, Ms. Sherhonda Gaulden, doesn’t seem happy with Floyd Mayweather’s remarks during his recent interview on Hollywood Unlocked where the legendary boxer was asked about NBA YoungBoy’s statement earlier this year where the Baton Rouge rapper addressed Mayweather as a “b*tch azzz daddy” while Floyd’s daughter, Iyanna, was seated behind YoungBoy in the rapper’s Houston-area home (view it here).

During the interview, Floyd stated about the incident, among other things, “It has to do with your upbringing….it starts in the home first.”

Ms. Gaulden addressed the matter on her Live feed by insisting,

“He gon’ say it starts at home. But when I heard that, I really like — I really ain’t pay no attention to it..Any grown person knows you can raise your children to be the best children they want but they gon’ say what they want. They gon’ do what they want…If Kentrell [NBA Youngboy]  wanted to say he was a bitch ass daddy, that’s probably how Kentrell felt at that time…Don’t blame me for what Kentrell told him. If there’s static, there must be — I don’t, I don’t like that shit. Don’t talk about me. Don’t put my name in your mouth…You don’t know me, Mister. You don’t know me at all.”

Although one can presume no man likes to be referred to as “b*tch azzz daddy” perhaps the best solution is for Floyd to reach out to the rapper and his mother and engage in the situation privately, especially considering his daughter, Iyanna, being pregnant by Ms. Gaulden’s son. YoungBoy turned 21-years-of-age in October. Yaya is 20-years-old. Find the video Ms. Gaulden addressing the matter up top.