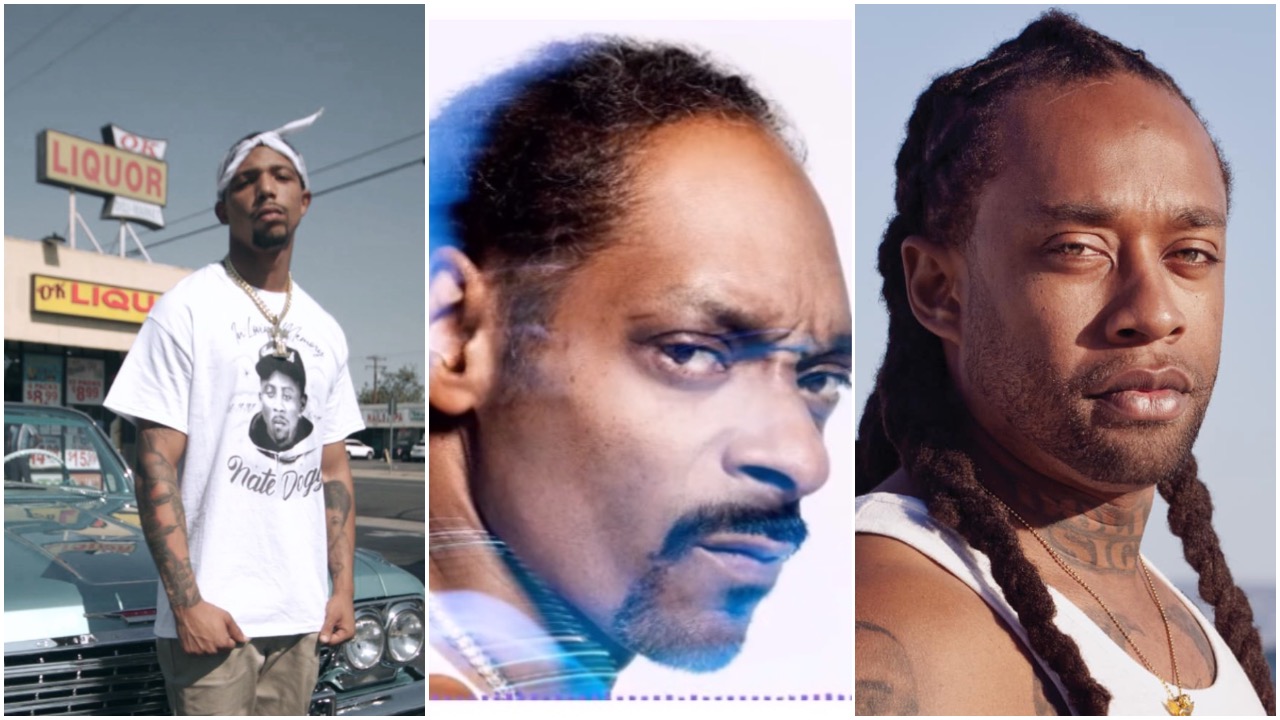 History will remember the late, great Nate Dogg for many things but one thing which goes without debate is the Long Beach-legend is Hip-Hop’s undisputed “King Of Hooks.” That’s not to take away from other greats such as Houston’s Devin The Dude. Other greats also come to mind such as Drake and even Akon. In the case Akon, however, he’ll likely be more remembered moving forward as the major Hip-Hop personality who strangely decided to co-sign snitch extraordinaire Tekashi 6ix9ine.

Recently, Ty Dolla $ign  states that “Nate Dogg was carrying a huge torch and he passed it down…” and further explains how he feels “honored” that “Snoop [Dogg] said I’m the reincarnation of Nate Dogg”

Nate Dogg’s son, Naijiel Hale, seems to take issue with the idea with the “torch” being passed down.  In multiple social media posts Hale made the following points:

The first post is captioned with, “Y’all remember this song 9 years ago after my daddy died and n***as wanted @akon as a replacement so bad they didn’t even mention the whole Nate Dogg sound that’s in there. This is when I knew…”

In the next post, Hale captioned it by noting in all caps, “ALL THIS SH*T IS DEAD ! respectfully” 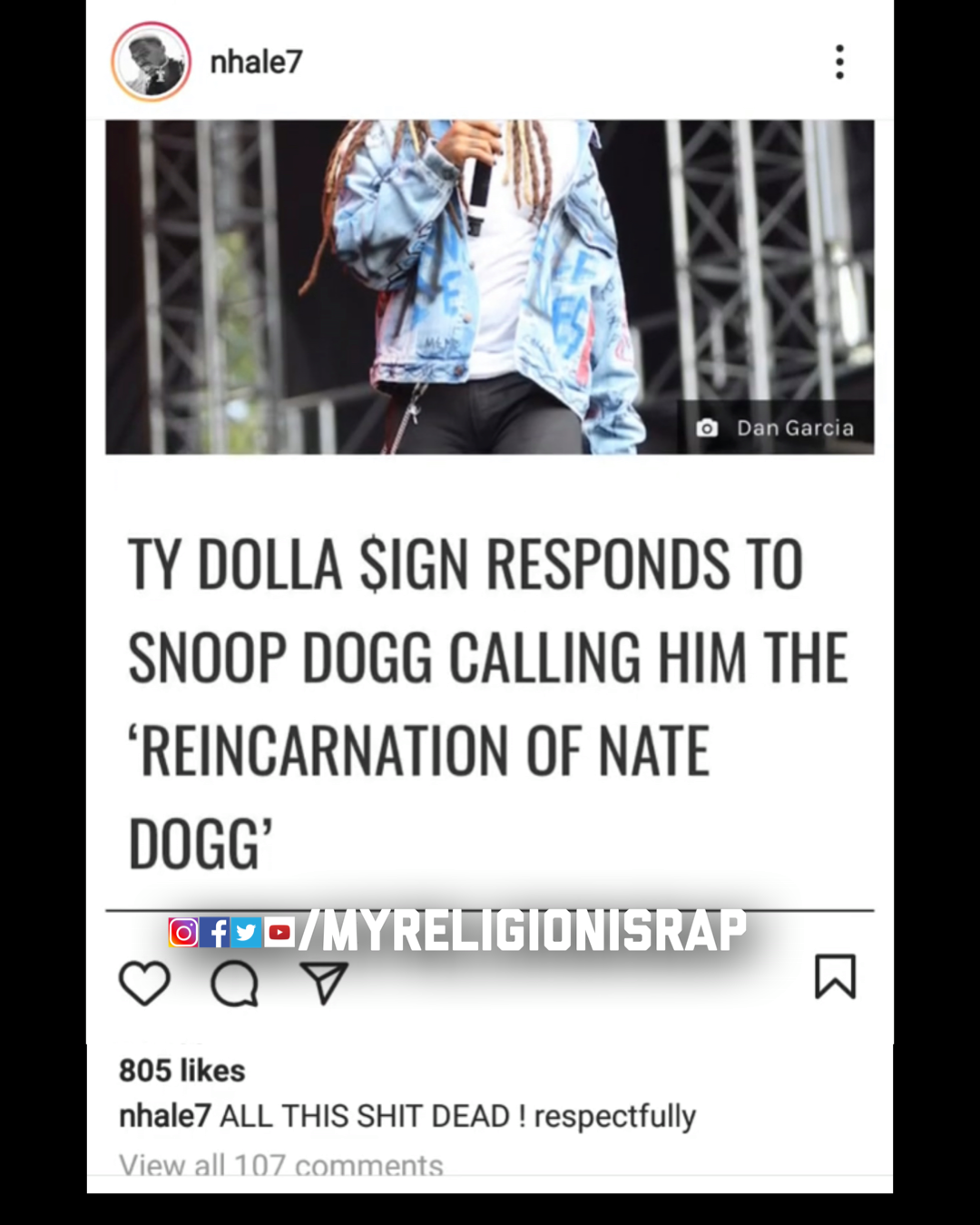 Notice some of the comments to the post below. 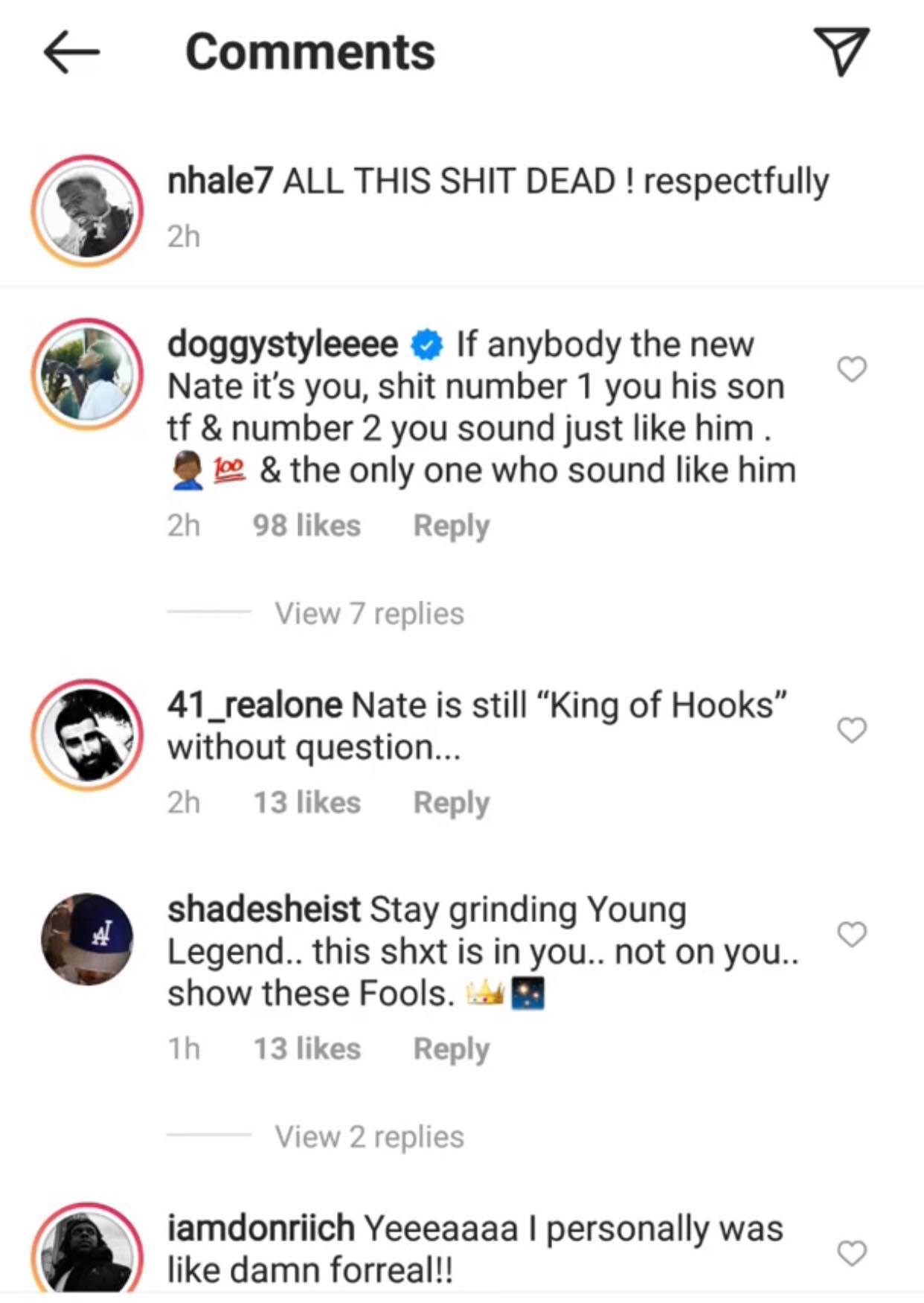 In a IG Stories post, Hale went on to make some further points while also paying respect to Ty Dolla $ign. 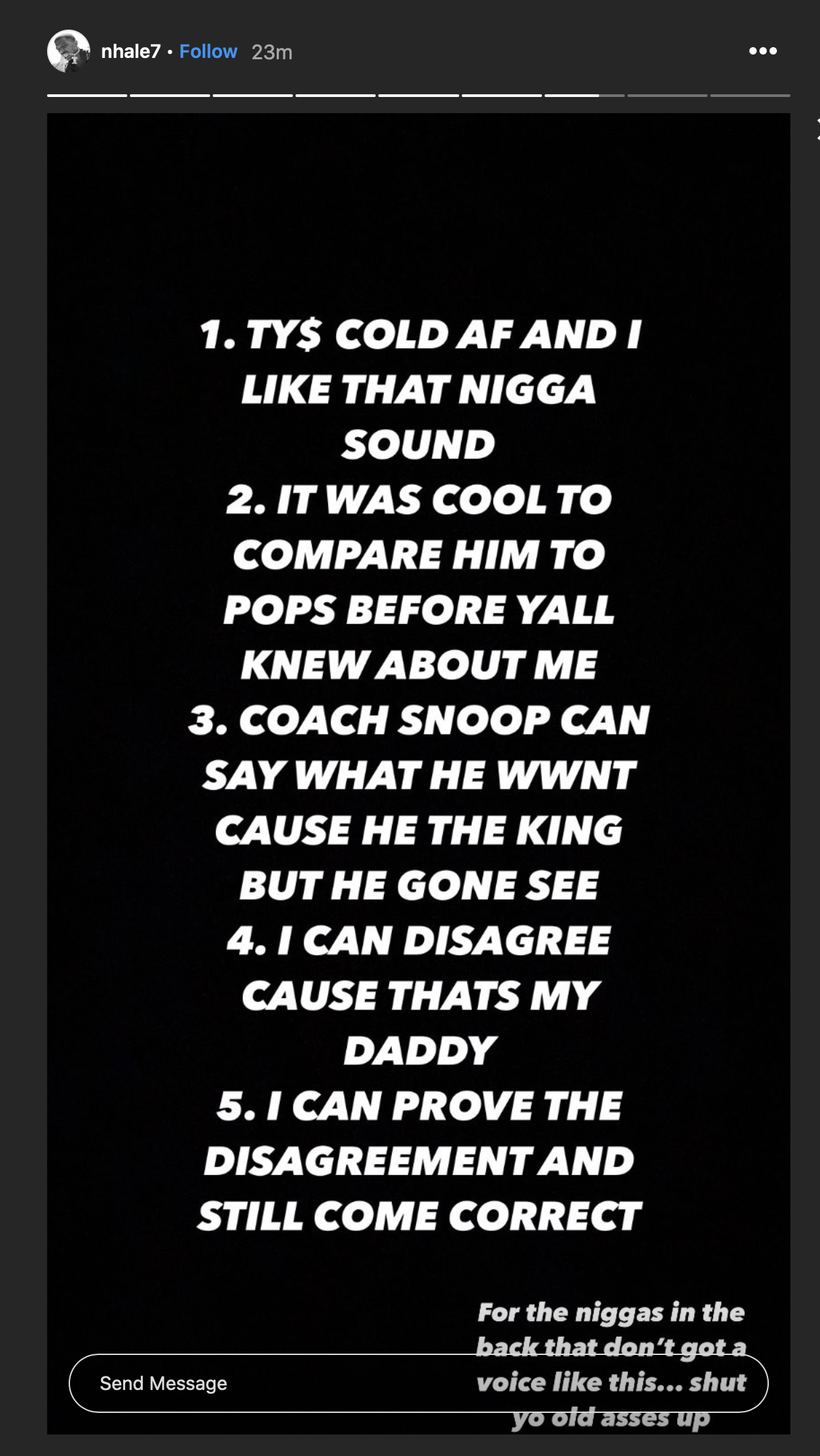 The reality is that most Hip-Hop fans will be eager to hear Nate Dogg’s son on Rap hooks. Ideally, Uncle Snoop can open a lane Hale. If not, Hale will have to pave his own lane which he can do with time and persistence.