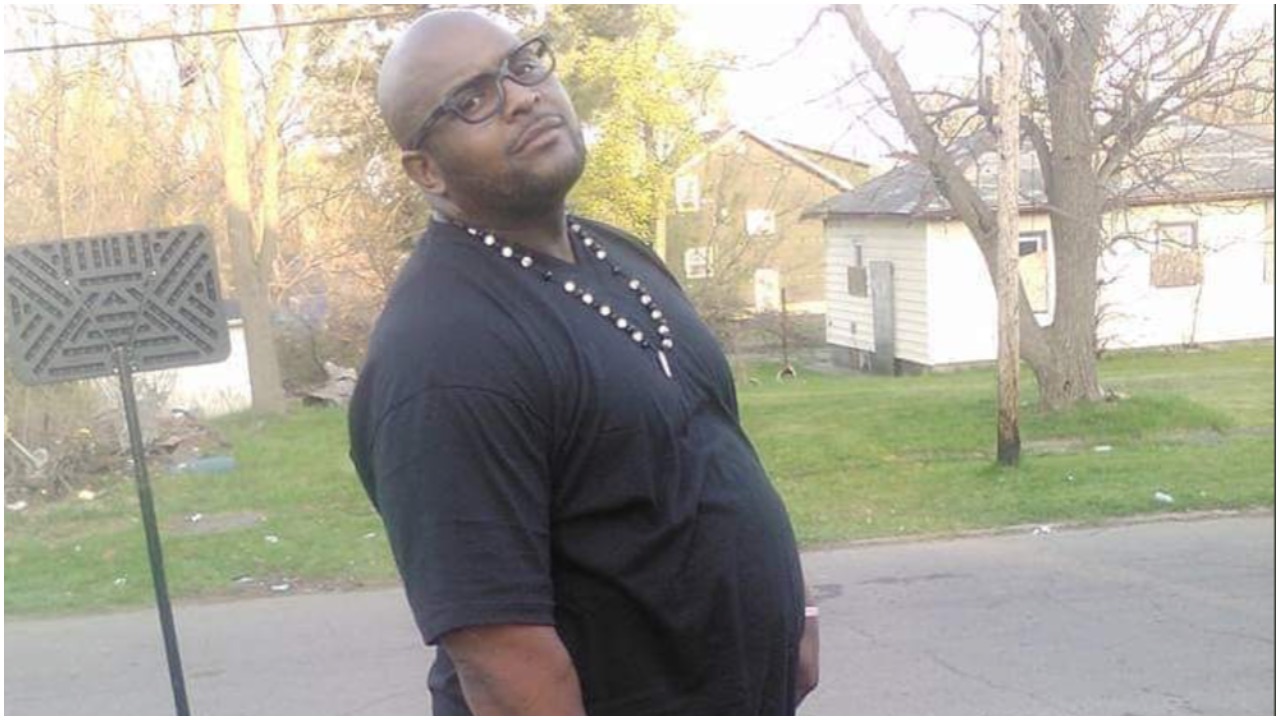 Three family members have been charged in the shooting death of a security guard who instructed a customer at a Flint, Michigan Family Dollar store to wear a state-mandated face mask, local authorities are confirming.

Calvin Munerlyn, 43, was pronounced dead at a Flint hospital after being shot in the head this past Friday (5/2), said Michigan State Police Lt. David Kaiser. Ramonyea Travon Bishop, 23, Larry Edward Teague, 44, and Sharmel Lashe Teague, 45, have been charged with first-degree premeditated murder of Munerlyn, in addition to other charges, the Genesee County Prosecutor’s Office said in a statement on Monday.

Ms. Sharmel and Mr. Larry Teague are a married couple and Ramonyea is Sharmel’s son, according to the prosecutor’s office.
Genesee County Prosecutor David Leyton announced in the statement,
“From all indications, Mr. Munerlyn was simply doing his job in upholding the Governor’s Executive Order related to the COVID-19 pandemic for the safety of store employees and customers,”
Munerlyn got into a verbal dispute with Ms. Sharmel Teague after instructing Teague’s daughter the need to wear a mask before entering the Family Dollar, according to the prosecutor’s office. The Genesee County Prosecutor says surveillance video confirms the incident.  The prosecutor’s office further states that upon leaving the store,
“[The daughter] began yelling at Munerlyn who then told her to leave the store and instructed a cashier not to serve her,”
Michigan residents are under an executive order Gov. Gretchen Whitmer instructing all retail employees and customers to wear a mask.
Surveillance cameras also show that after the altercation Ms. Sharmel left in an SUV and returned in the same vehicle 20 minutes later. Upon returning, two men, identified as Bishop and Larry Teague, made their way inside the store and tensely addressed Munerlyn over perceived disrespect of his wife before Ms. Sharmel’s son, Ramonyea, proceeded to shoot and kill Munerlyn.
Police are now on the hunt Larry Teague and Ramonyea.  Sharmel Teague is in custody and awaiting arraignment.
We’ll have more details on this matter as they become available. 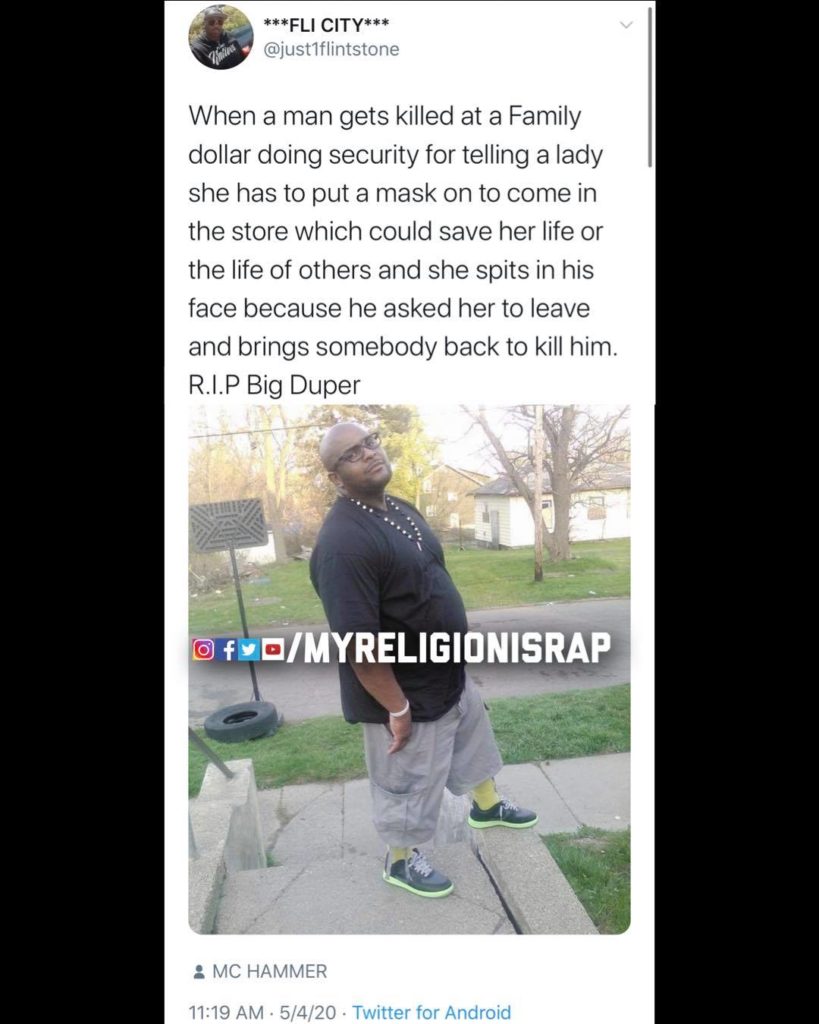 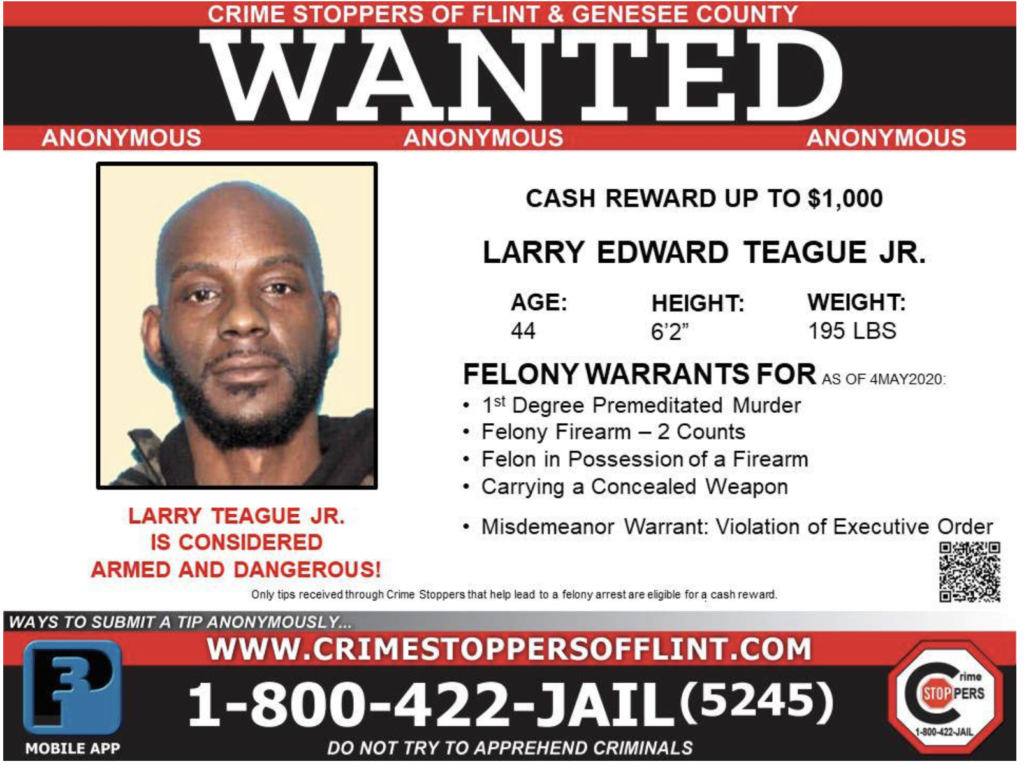 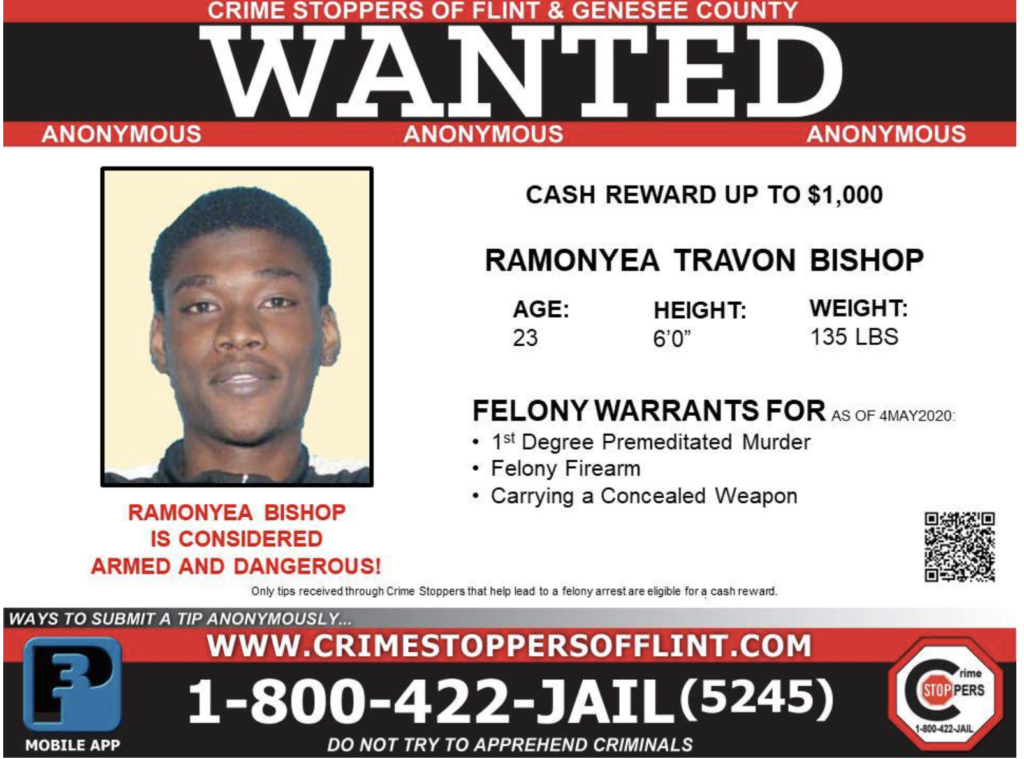