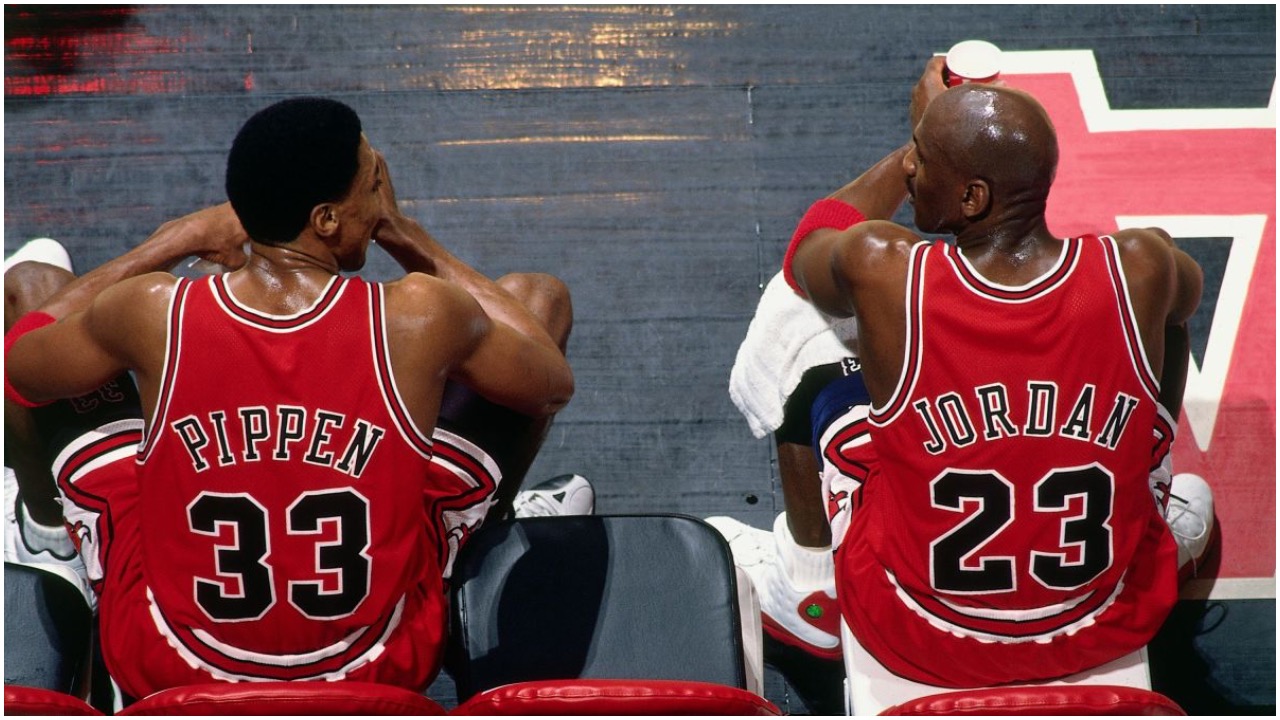 David Falk represented some big names in the NBA but is best known for being Michael Jordan’s career-long agent. Falk and Jordan continue until today to be on solid terms. The 70-year-old former agent popped in NBC Sports Washington’s talk show The Junkies 106.7 FM where the obvious question of ESPN’s ‘The Last Dance’ docu-series came up. Specifically, Falk addressed how he thinks prime-Jordan would not only dominate in today’s NBA but would but MJ would be twice as good as he was during his actual career and how he believes Scottie Pippen suffers from a jealousy-syndrome of Michael.

“With virtually zero defense, no hand-checking, I think if Jordan played today; if he was in his prime in today’s rules, I think he’d average between 50 and 60 a game. I think he’d shoot 75% from the floor. If you couldn’t hand-check him, he would be completely unstoppable,”

“Now that I watch [the documentary], I realize that, unless you’re legally blind, you can’t possibly think that there’s another player who ever played the game that’s remotely in the league that he’s in. Nobody.”

Falk continued, in what appeared to be a jab who hold Lebron James in the same category as MJ,

“I hope personally, and I’m sure it won’t, that the doc ends all talk about like is Jordan competitive with LeBron? He’s in a different league. If you don’t see that with your eyes, maybe the doctor’s office can help because you should have an eye test,”

Falk continued in a straight-from-the-hip fashion while addressing Pippen, stating,

“Pippen has a certain level of jealousy towards Michael. He has said recently many times he thinks LeBron’s a better player. Now, if you’re Scottie Pippen, and Michael Jordan made your career, completely made your career; even if you think that, keep it to yourself…”

“Scottie’s problem, as the documentary points out in so many different places after the episodes you’ve seen, is that he wasn’t a great competitor. There were times for silly reasons. The migraine; you think that Michael Jordan [would do that] unless he had his leg amputated?”

Falk continued, “Scottie [Pippen] didn’t play part of that game because he had a headache.”

Can’t help but wonder what Pippen will think when he finds out what Falk had to say about him?