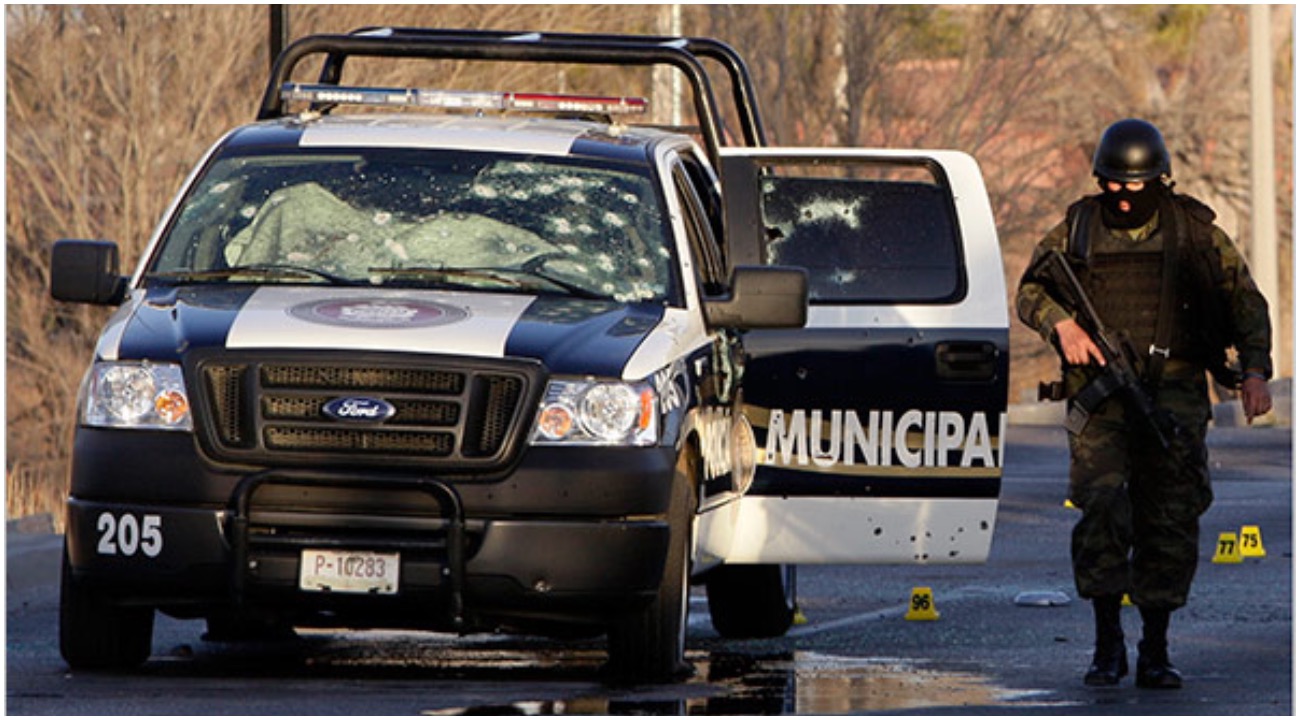 As we reported on 10/18 the Sinaloa Cartel shot up the city where El Chapo’s son, Ovidio Guzmán López was being jailed only for the police to forfeit and release López. Three weeks later, the cartel avenged López’ capture by shooting up the arresting officer 150 times in a matter of seconds.

What caught less attention in the American press was the killing of 9 dual nationals (Mexican/ American) Mormons at the hands of the cartel. Even though these Mormons carry American citizenship, and are ethnically White, they live in Mexico and have lived in Mexico for decades. They have their own schools, churches, cemeteries, etc. They are very well established on the Mexican lands they live on. It’s not clear why they were killed however Mexican authorities suspect the families were not targeted but rather mistaken for a rival gang by a drug cartel.

President Trump has decided to label Mexico’s drug cartels as “terrorists.” The political significance of labeling a group as a terrorist should be referred back to the Patriot Act, which essentially allows the U.S. Government to seek out the “terrorists” wherever they are. This suggests the U.S. could legally (according to American law post 9/11) send military drones over the Southern border. There is no universal definition of terrorism. The US Department of State defines terrorism as “premeditated, politically motivated violence perpetrated against noncombatant targets by subnational groups or clandestine agents.” On the other hand, the FBI’s Code of Federal Regulations defines terrorism as “The unlawful use of force and violence against persons or property to intimidate or coerce a government, civilian population, or any segment thereof, in furtherance of political or social objectives.”

Although nobody can imagine the U.S. sending military drones over the border the Trump administration will more than likely try to leverage the terrorist designation of the cartels in order to force Mexico’s hand more to its liking. However, the Mexican government, and people, have responded with anger. They insist they will not allow their northern neighbor to violate their sovereignty. Mexicans on social media are also upset with the above-mentioned, powerful Mormon families, who personally lobbied the U.S Government to intervene.

Alex LeBaron, a leader of the Mormon-Mexican community, tweeted in Spanish, “We are not asking for an ‘invasion,’ because we are already invaded by terrorist (drug) cartels in Mexican territory,” and “we demand real coordination between both countries!”

In reality, many Mexicans have been impacted by the ongoing drug war in their country, whether they be Mormons or otherwise. To use American resources for the benefit of the Mormon community in Mexico would seem ludicrous considering the U.S. has never moved to help other, non-Mormon Mexican victims of drug war violence.