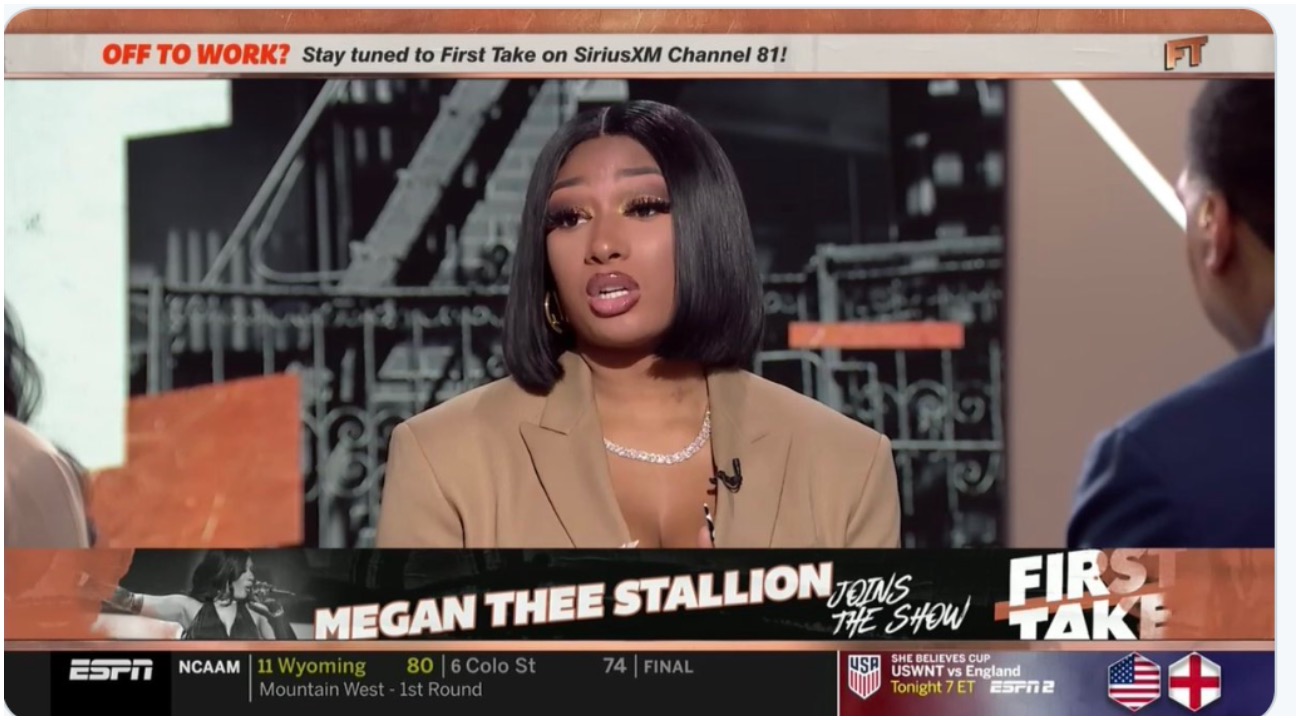 One has to wonder why all of a sudden Meg Thee Stallion appeared on ESPN’s ‘First Take.’ Presumably, this was a business decision initiated by her New York-based management company, Roc Nation. ESPN studios are located only two hours north of New York City and Roc Nation (via Roc Nation Sports) appears to be well networked with ESPN. The sports network even employees Roc Nation client Jalen Rose.

What we do know is that Meg has an album that will be released tomorrow 3/6 (see here for cover art & track list). Also, First Take has an older audience (as of 2017 average age for their viewers was 41) however the show is concentrating on, and hoping to, bring in younger male viewers (see here).

More so than anything else, Meg’s visit to ESPN appears to be part of a tug-of-war taking place between Carl Crawford, head of the record label in charge of Megan Thee Stallion, and Roc Nation. Clearly, Meg wasn’t on First Take to talk Houston sports. When asked about Rockets Head Coach Mike D’Antoni the femcee was clueless as to who the man is.

Stephen A: How do y’all feel about Mike D'Antoni?

The main reason why Thee Stallion appeared on First Take, which reaches nearly half-million viewers daily, was more-than-likely to soften her image in the ongoing Public Relations battle between her and Roc Nation on the one hand and her label, 1501, on the other hand.

1501 Certified Entertainment appears to be privy to the business chess match taking place. Check out the post the company put shortly after Meg’s bizarre First Take interview aired with no caption needed. 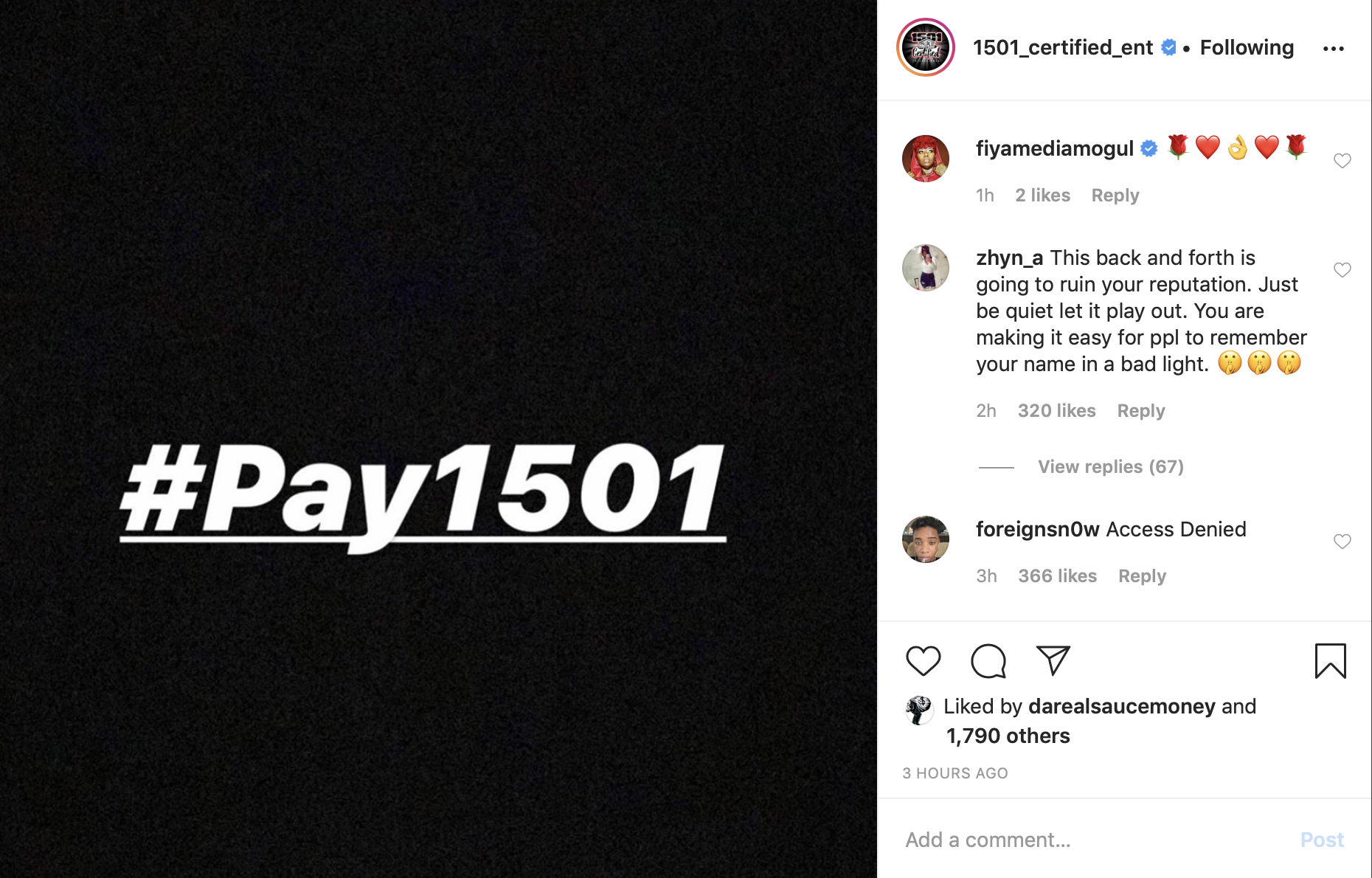 Catch the video below where Thee Stallion says her biggest rap influences are the late Pimp C & Biggie Smalls and more during today’s First Take interview.