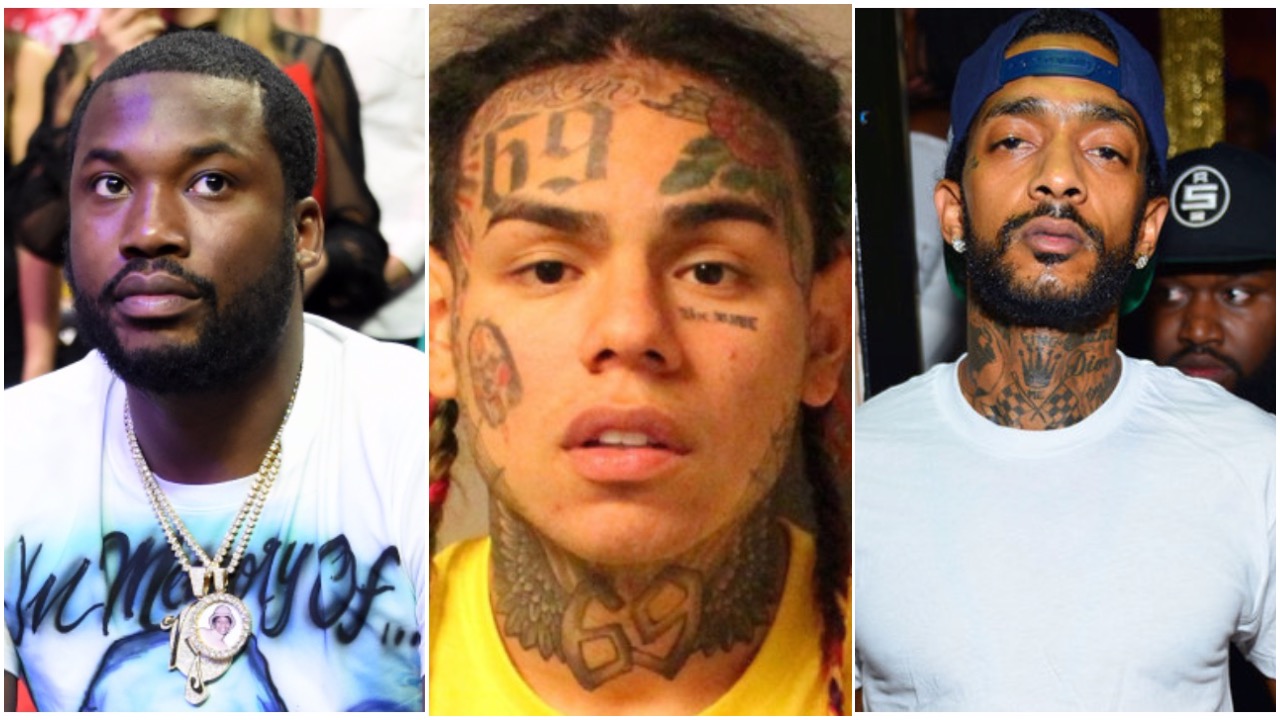 Meek Mill took to Twitter to offer his opinion on 6ix9ine, stating that he hopes the snitch rapper lives long enough to apologize to the people he snitched on during his federal trial.

“I hope that rat going live to apologize to the people he told on or the victim….. Y’all forgot that fast a “rat” killed nipsey he wasn’t suppose to be on the streets! That’s the only thing ima [say] because he’s dead… left his baby mom and child like a coward as targets!…Now you just a informant behind a keyboard tryna troll families you ruined so it’s not gone hit the same… and by the way I’m doing this for my ‘sons’ so you won’t be around to impact their lives ever!!!”

After Meek revealed that he heard 6ix9ine’s new song and thinks it’s trash, Tekashi responded on The Shade Room’s post, writing, “Imagine having a new born baby come into the world and be pressed about a Mexican with rainbow hair.”

6ix9ine seems intent on playing up (and hiding behind) his Mexican heritage and many Internet weirdo Mexican-Americans may support that. However, rest assure real Chicano gangsters would never support such a coward as Tekashi 6ix9ine. Catch all the posts below.

Read the full commentary above, including Meek revealing that Bobby Shmurda and Rowdy Rebel will be out in 6 months. 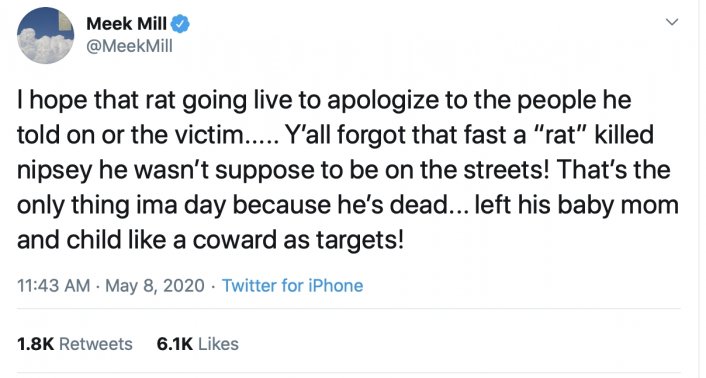 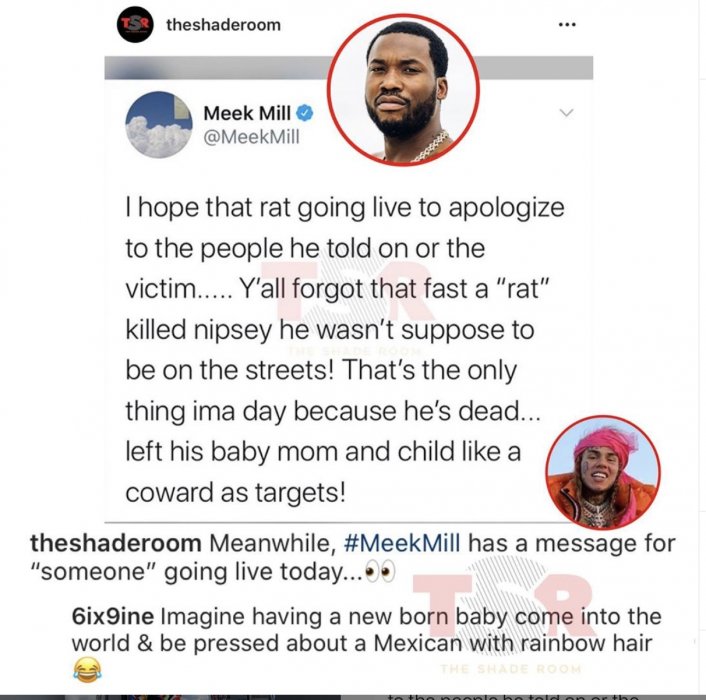