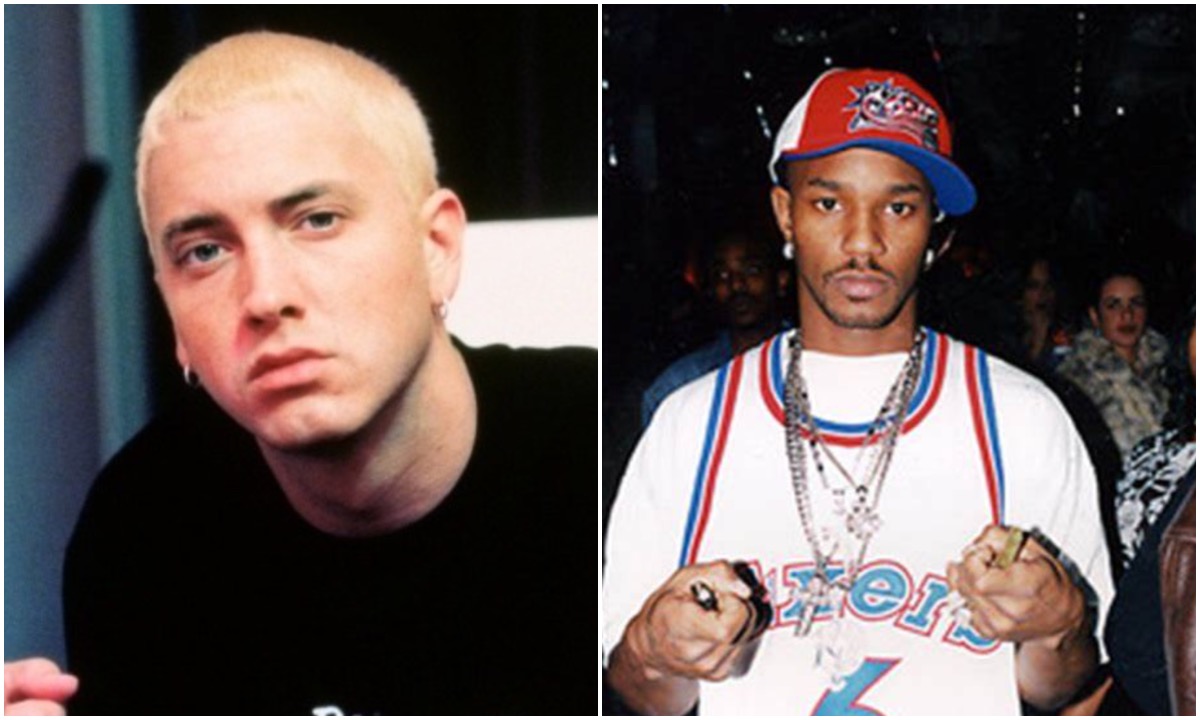 While looking back on a previous episode of the Joe Budden Podcast of the co-hosts, Mal, tells Joe Budden and Rory that “Eminem took [Cam’ron’s] blueprint.” Later in the episode Mal admits to being ignorant of Southern and West Coast rap and this is where the issue lies. Anyone with knowledge of West Coast rap understands that Dr. Dre’s blueprint for introducing a White rapper came from Dre’s experience with Suge Knight. Vanilla Ice who would go on to reportedly sell over 160 million albums after having dropped in the early ’90s. Dr. Dre partnered with Suge Knight at Death Row Records in 1992 (before leaving the label in 1996). The Slim Shady LP dropped in 1999.

As far as Eminem dissing Hollywood personalities one should assume Em was instructed to do this by his label. A look at Eminem’s pre-debut studio album work (mixtape and other underground material) shows a rapper focused on emceeing and penmanship as opposed to dissin other rappers which explains his close relationship with Brooklyn’s Duck Down Records which continues to this day.

Cam’ron’s Confessions Of Fire debut album dropped in 1998 and both Cam and Em are Rap Game legends in their own right but the comparison doesn’t hold. Find the video up top. Mal gets straight to his point from the beginning of the clip.