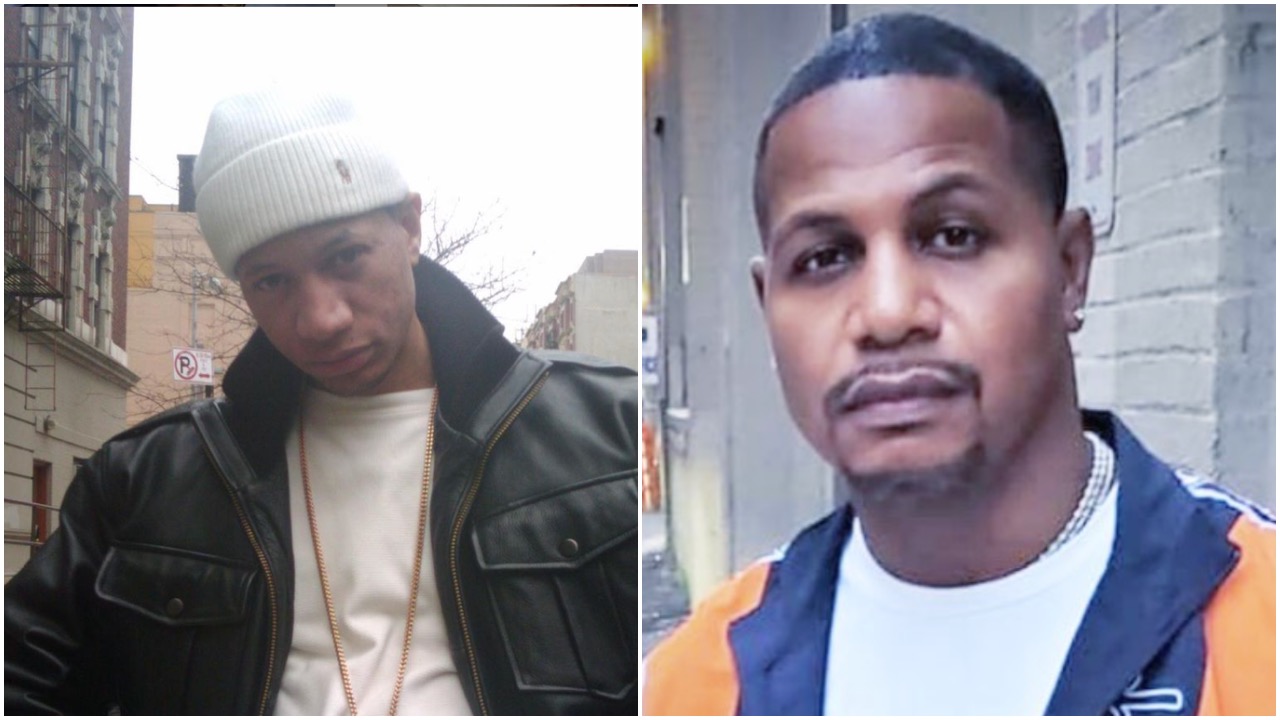 If you’re a fan of Nas than you’re probably a fan of AZ. If you’ve listened to AZ rapping over the years then you have possibly encountered the name Starkim. Starkim, similar to AZ, belongs to the Nation Of The Gods and The Earths. We’ve included a cypher session up top where Starkim rhymes, with AZ behind him, how he “f*ck with A’ ’cause the n***a is my brother.” The two men certainly appear to have had a good relationship in the past.

Starkim has now taken to social media in order to seemingly air out some personal grievances with the legendary East New York emcee. In a recent post this week (11/3), Starkim, who’s also from Brooklyn, captioned his post by stating,

“Peace , and Great Rising. If you don’t sing your own praises , it won’t be heard. Heres a classic chorus I wrote for AZ , and I never charged a dime! It’s called LOVE. B.U.T. I’ll be damned if I’m left out in the cold wit no plate of food to feed me and mines. DONT LET THESE PEOPLE TRICK YOU INTO NOT MAKING YOURSELF SEEN AND HEARD EVERYWHERE. Three things cannot be long hidden … that’s the Sun, The Moon , And The Truth. #peace #starkim #n4l #12jewels#conspiracy #originals #runawayslave#murder @frado180 can I get a witness?”

In the post, Starkim also tagged New York City-based beat make Frado180 in order to “get a witness” presumably to the points he’s seeking to make in the post which, among other things, is writing the hook for the track ’12 Jewelz’ and never “charging a dime.” 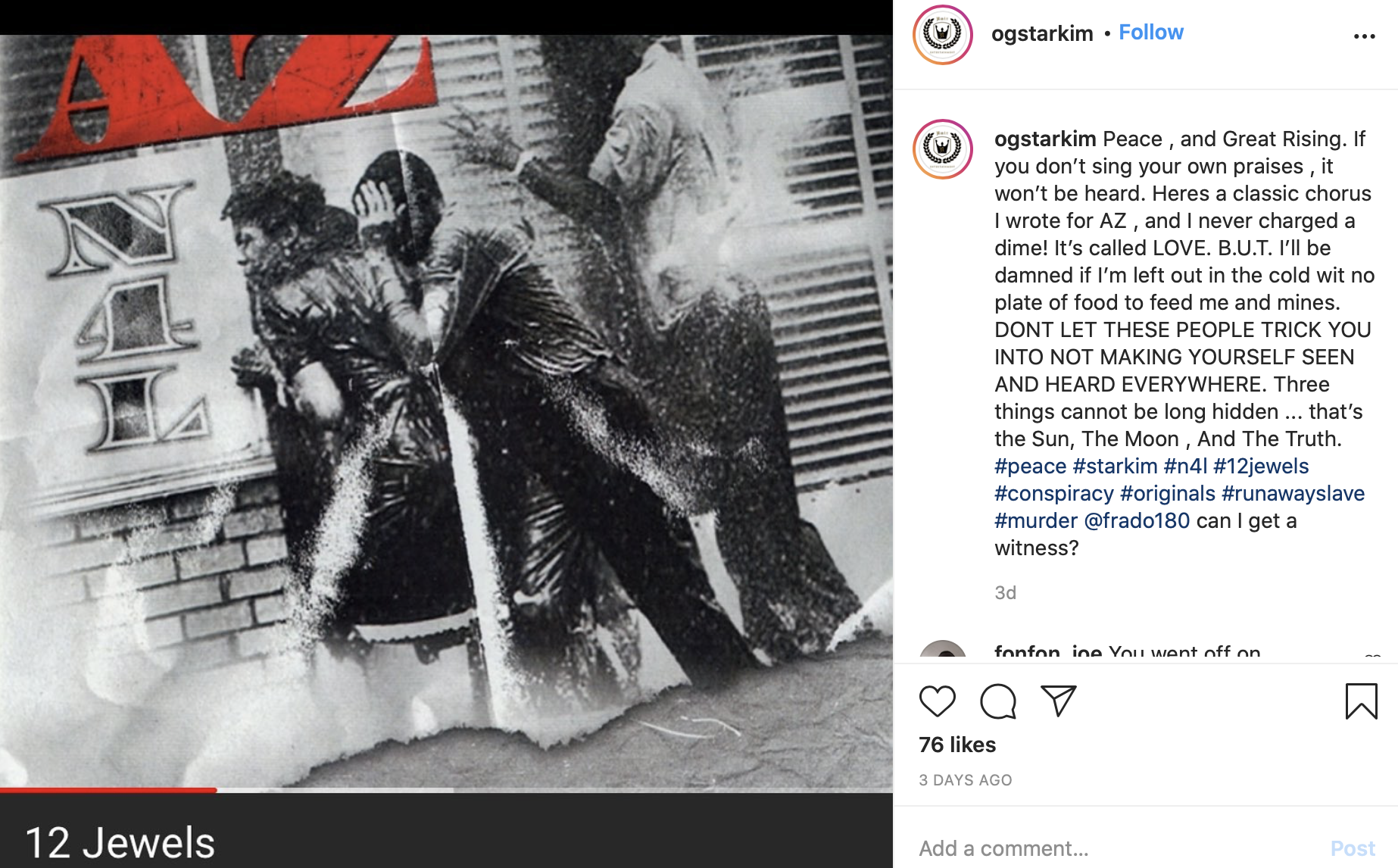 Below you can listen to the track ’12 Jewels’. We’ve also included a knowledge cypher session straight Starkim’s page. Assuming there are any differences between A & Starkim we hope the two men can settle any issues, continue to build and move on.

Listen and Learn as my brother @bktrue_718 enters the cipher and makes what is unknown , known! Peace #peace