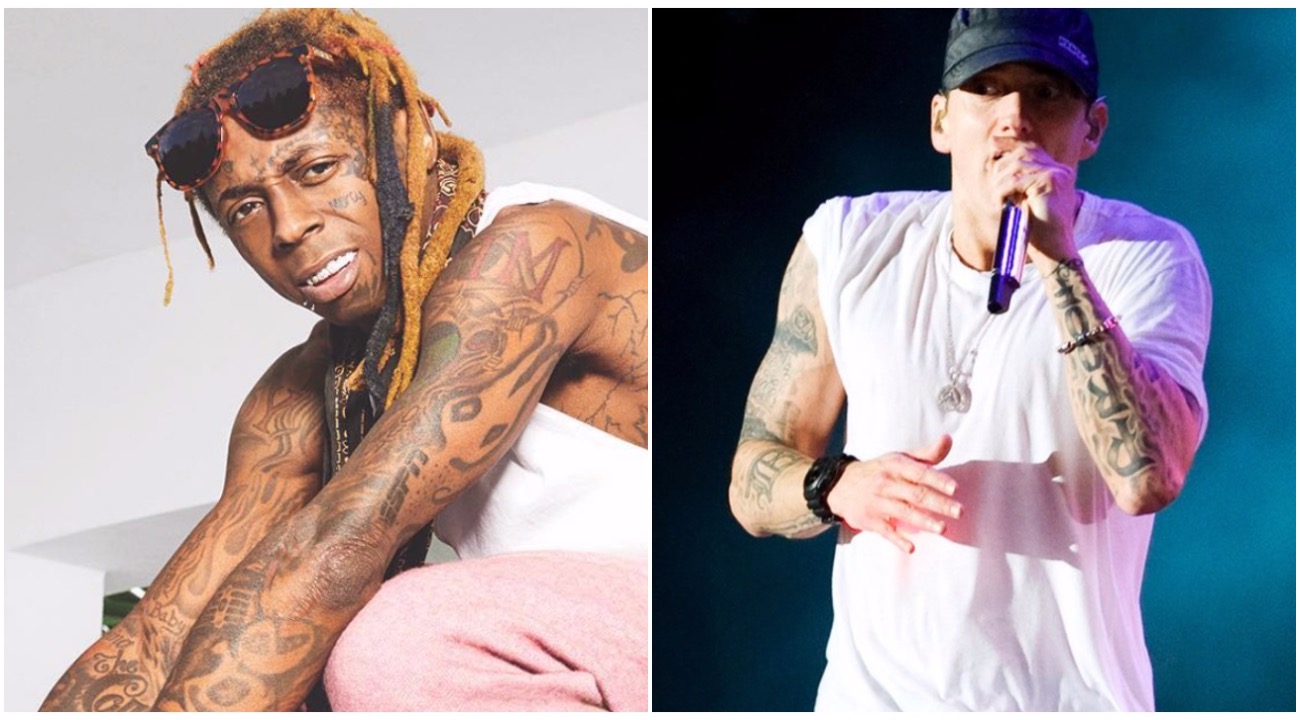 Lil Wayne has been rapping for more than two decades after getting his official start with Cash Money Records’ promoted group Hot Boys at age 14. For perspective, Wayne, 37, was making studio albums well before his Southern Rap peers Jeezy, 42, and 2 Chainz, 42 even though the latter two men are each half-of-a-decade older than him.

Like him or not, Lil Wayne’s track record has to be respected when one factors the ups and downs Weezy has endured over the years. During his most recent interview on Drink Champs, the New Orleans-bred rapper touched on many subjects one of which is related to his joint work with veteran Detroit rapper Eminem. N.O.R.E. says Wayne is one of the few rappers who didn’t get bodied by Em on a joint track to which Wayne responds,

“I did a few joints with Em, that’s my man…I can humbly say I expected that. When you get on that joint its like a championship game, and you win it, and they ask you how does it feel. I came in with my game plan and I expected my game plan to work. When you send a song to Em you attack it like that, like naaah you not going to do me like this. Either we gon’ be right here with it [bar 4 bar], and we’re going to make a beautiful great song [together], but you ain’t gon’ do me that…I just made sure that he didn’t body me, cause that boy [Eminem] is a monster.”

Lil Wayne also touches on Cash Money boss (and fellow New Orleans-native) Birdman. Anyone familiar with 1990s New Orleans knows well that Wayne is speaking nothing but facts in the following statement:

“I would have to say that I learned a lot of that from Baby…We from the streets, and we were looking at the same person with the accolades of his street. We knew who Baby was, and he was a millionaire from the streets. In New Orleans, way before rap, before Cash Money, that name held weight…He would strip himself of all that, and be like you ni**as. I believe in ya’ll.”

Catch the Drink Champs interview below on Tidal. Otherwise the interview will release on YouTube in the coming days. We’ve also included below that another clip from the same interview where Lil Wayne discusses how JAY-Z was there for him and Wayne’s family.