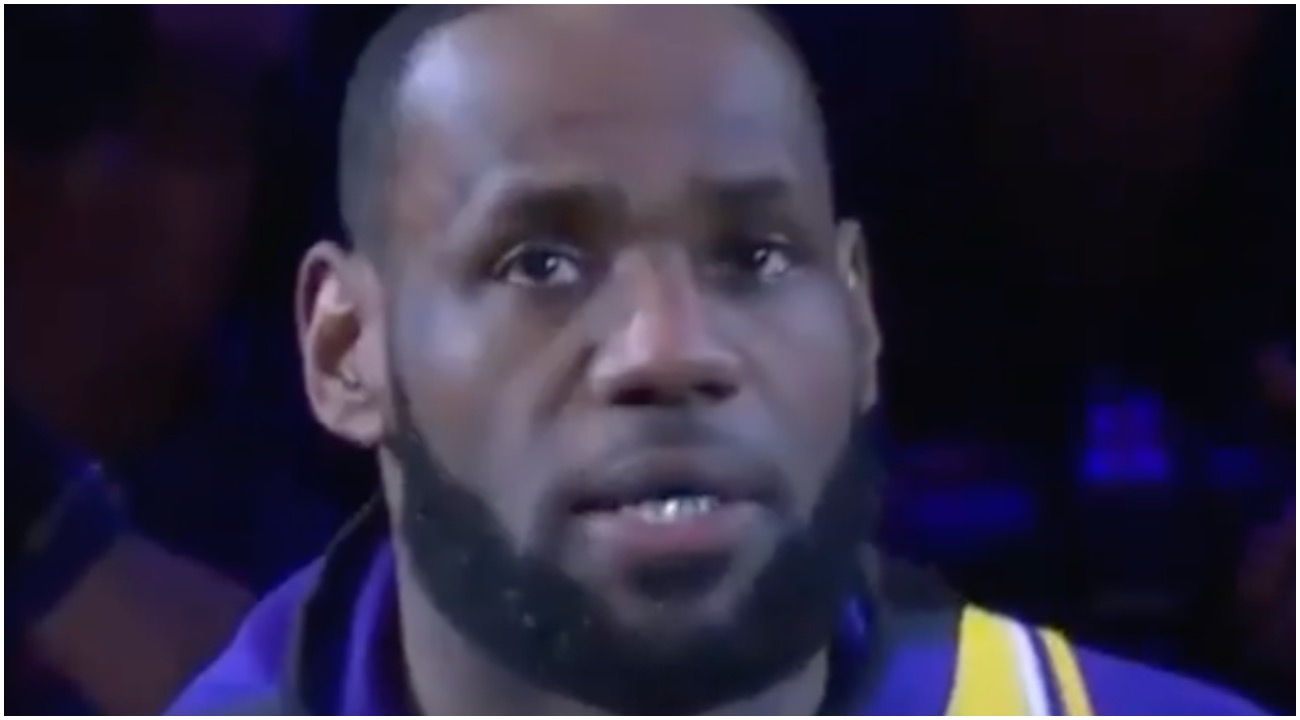 We can say what we want about Lebron James but last night the Los Angeles Lakers needed him more than ever. It’s hard to imagine anyone else who could give a tribute speech honoring Kobe Bryant. Bryant played all 20 of his seasons in the NBA with the Lakers. When Bryant entered the organization he was already preceded by players including the man who is now the NBA’s logo, Jerry West, in addition to icons such Kareem Abdul-Jabbar and Magic Johnson. George Mikan, James Worthy, Vlade Divak and others. Kobe surpassed them all; and in retrospect made it look easy on his road to becoming the greatest player of all-time for one of the greatest basketball franchise of all-time.

Accordingly, a giant should have been speaking before last night’s game in The Staples Center versus the Portland Trailblazers and destiny honored Kobe’s legacy by seeing to it that LeBron would wear a Lakers uniform this season. Catch the speech below.