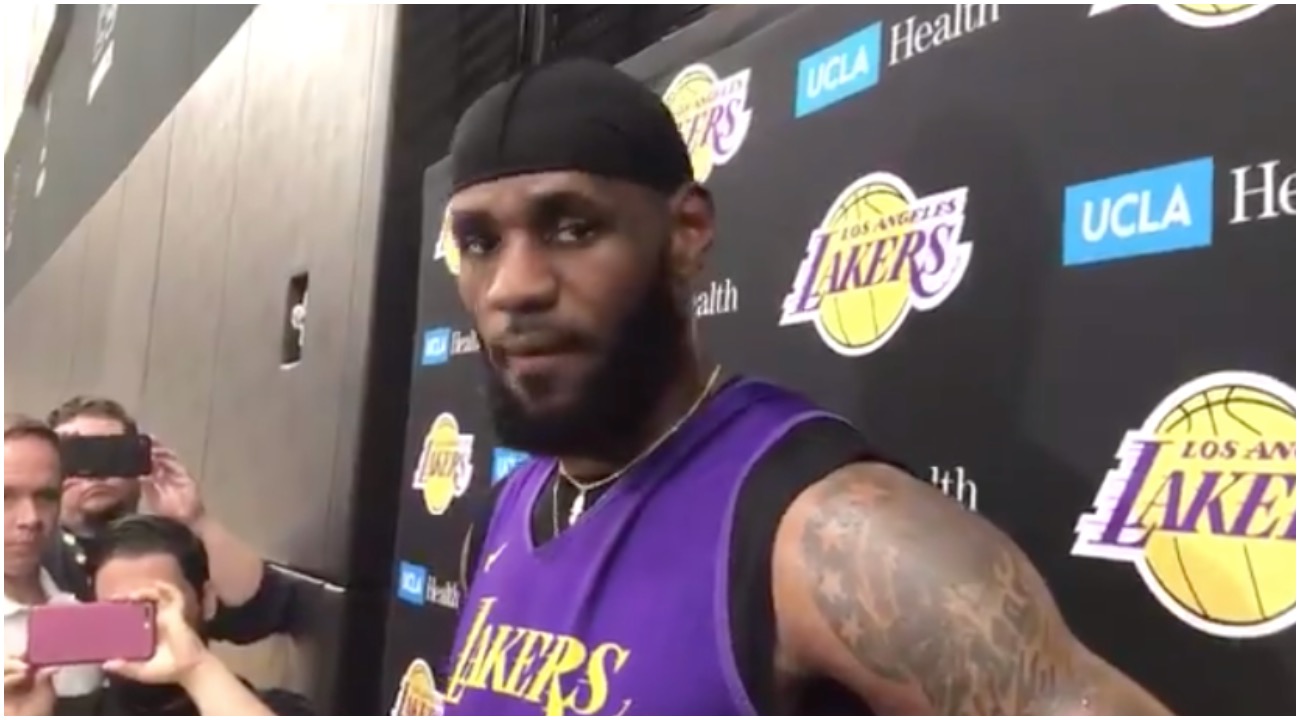 LeBron James after posting a photo of himself to his personal Instagram account where the superstar is dunking during an official NBA game.

Sports Illustrated’s Michael McCann reported on Monday (3/23) that New York-based copyright lawyer Richard Liebowitz from Liebowitz Law Firm, PLLC has filed a lawsuit against Bron Bron on behalf of Steve Mitchell. Mitchell is reportedly the individual who snapped the photo of LeBron dunking over Miami center Meyers Leonard during the Lakers-Heat game on 12/13/2019. The following day, LeBron posted a cropped version of the photo on his IG account, captioning the post with, 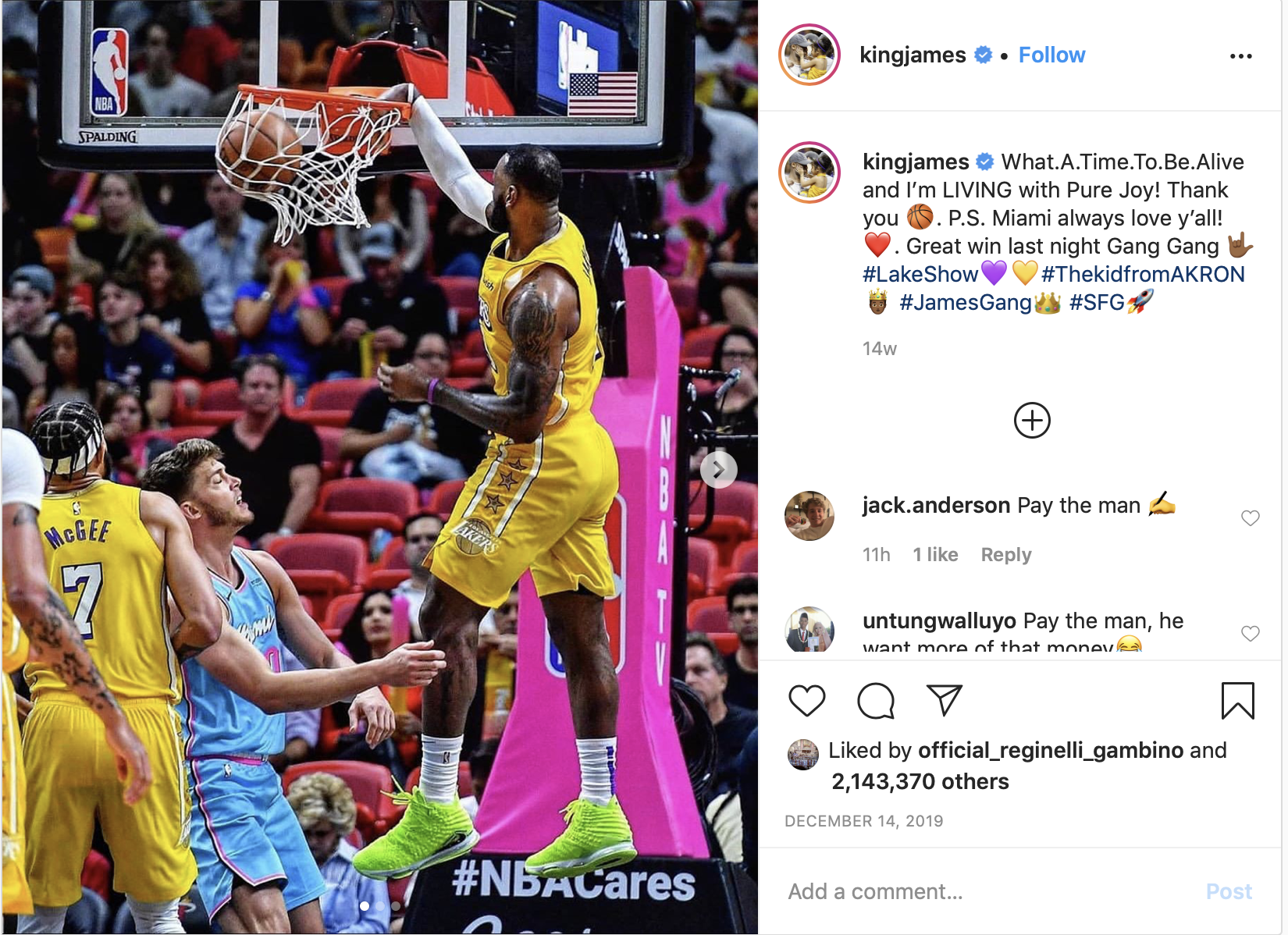 A scroll through Bron’s IG page will showcase many in-game photos of the Akron-bred phenom. Mitchell and hired legal team are arguing that just because LeBron is the focus of the photo, it doesn’t give him the right to publish it on other mediums. As the owner of the photo, Mitchell claims the athlete’s posting of the picture violated multiple copyrights he has on the image because no contractual agreement has been created between himself, LeBron James, and/or the Los Angeles Lakers. Mitchell is now seeking damages that “would reflect profits, income, receipts and other benefits derived by James and his co-defendants or, in the alternative, damages of up to $150,000 per infringement.”

“The defendants are accused of infringing’s Mitchell copyright by reproducing and publicly displaying the photograph without the photographer’s consent. Mitchell demands a jury trial to assess whether Section 501 of the federal Copyright Act was violated.”

In reality, this should be an interesting case as to who’s determined by a court of law to be the actual owner of the photo-the photographer or the one being photographed?