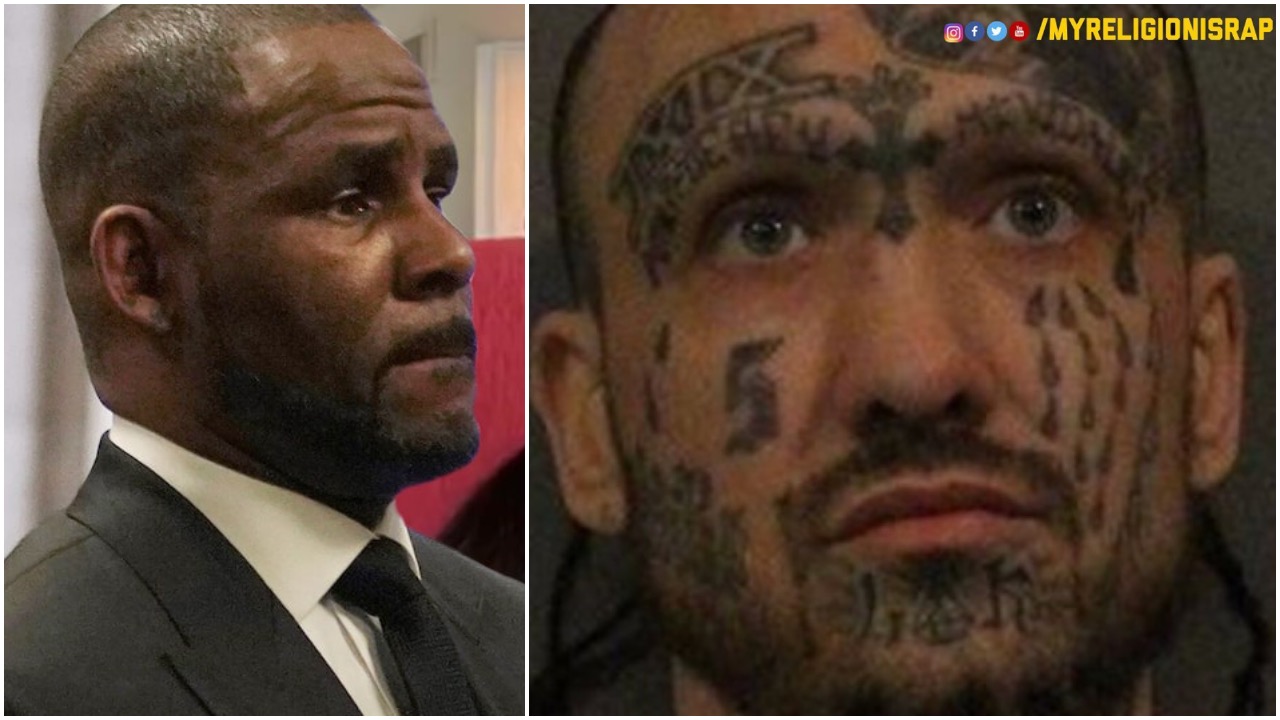 U.S. District Court Judge Philip P. Simon sentenced the man who recently attacked R. Kelly to a life sentence in prison. Jeremiah Shane Farmer, 39, and a member of the Latin Kings, was sentenced for the 1999 murder of Marion Lowry, 74, and Harvey Siegers, 67.   Lowry & Siegers were reportedly killed after Farmer brutally beat each of them with a hammer at the location of a joint business owned by the two deceased men named Calumet Auto Rebuilders located in Hammond, IL.

Prosecutors noted in a 7-page memo that “It is virtually impossible to exaggerate or oversell the depraved nature of Farmer’s crimes…” Prosecutors also highlighted how the Latin King shot a woman twice becauseshe refused to stop distributing narcotics in a certain neighborhood. The woman later survived the shooting and pointed out Farmer as the person who shot her. Interestingly, Farmer took off his face-mask before shooting the woman a second time perhaps expecting the woman to die from the gun shot wounds. Assistant U.S. Attorney David J. Nozick believes the Latin King took off his mask “because [Farmer] believed that she was going to die from the gunshots, and wanted his face to be the last thing that she saw.”

Court records indicate the Latin King pleaded with the Judge, stating, “Please give me justice sir, please. Just give me a second chance and I will be a success story and (the) first thing I will do (is) get all my gang tattoos removed. I look like a(n) animal with all my face tattoos but I’m no animal.”

Regarding his attack on R. Kelly, Farmer was “in hopes of getting spotlight attention and world news notice to shed light on” alleged government corruption.  We previously reported how Farmer insisted the “government” pushed him to attack R. Kelly.