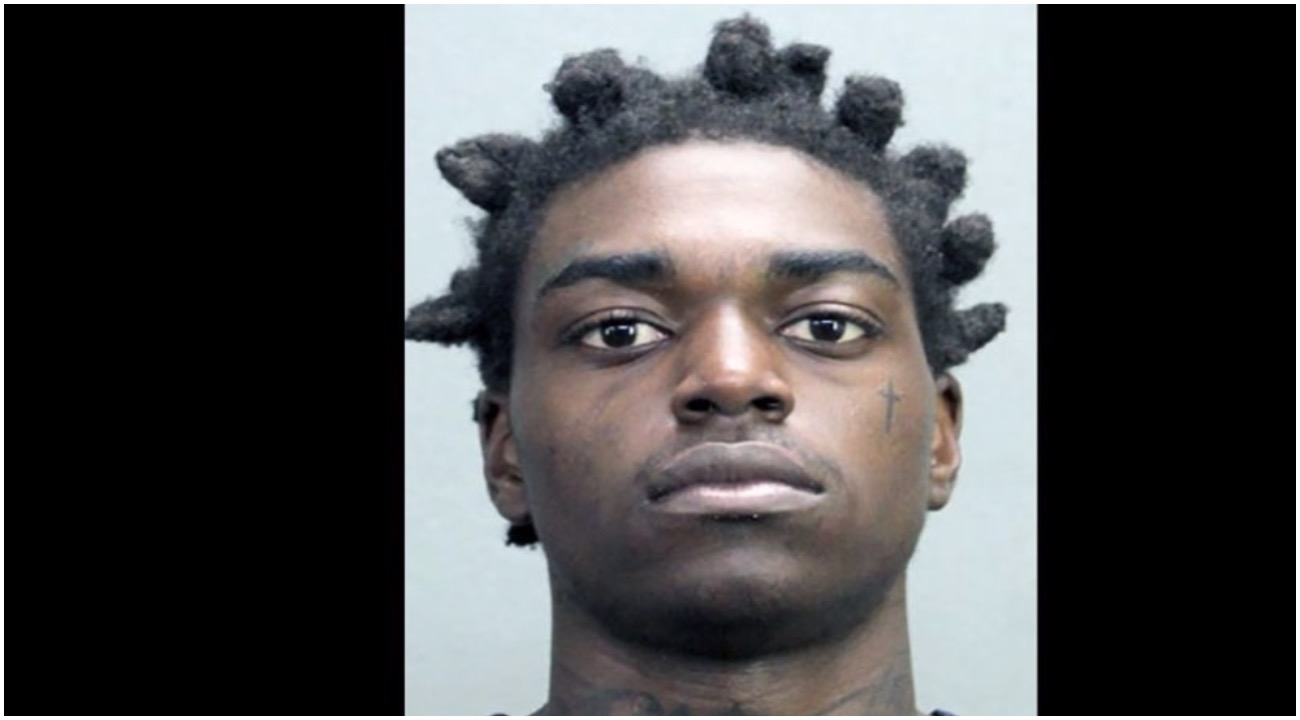 As we posted about recently on our social media pages, Kodak Black (legal name: Bill Kapri) is now facing 2 additional gun charges with each charge carrying up to 30 years in prison.

Now, Kodak Black’s lawyer, Ft Lauderdale-based Brad Cohen who’s licensed to do work for both State & Federal cases in New York, Florida, Washington D.C. and Puerto Rico, has taken to Instagram to breakdown the new charges against Kodak, essentially stating the charges are not new and were filed the day before his client was arrested.

Cohen asserts the State Attorney for Dade, Katherine Rundle, is up for reelection this year which is the reason why she and her office are pressing so hard on Kodak Black’s high-profile case. Kodak’s lawyer also claims that the State purposely waited to file the charge to limit discovery.

Catch Cohen’s statement below (we’ve broken the post down into two pics because Cohen’s IG account is private). We’ll have more details on this matter as they become available. The website for Kodak Black’s attorney can be found here. 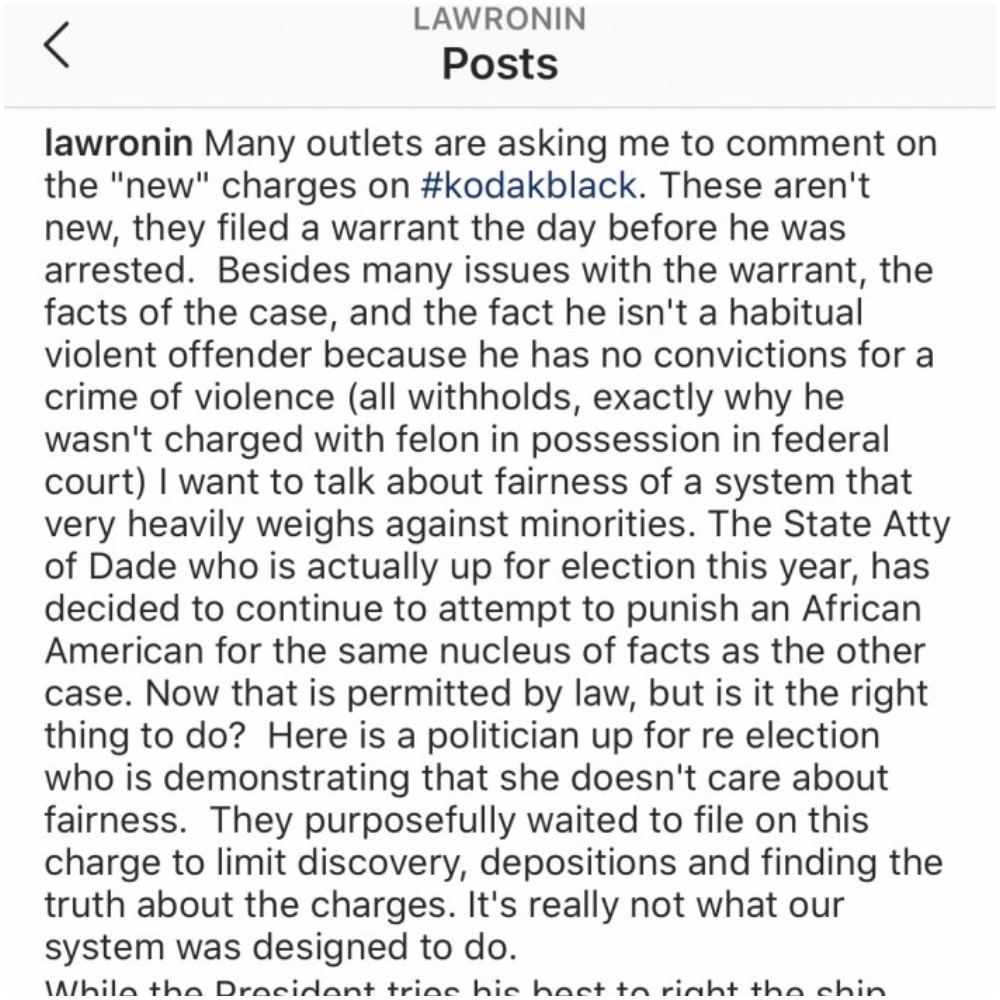 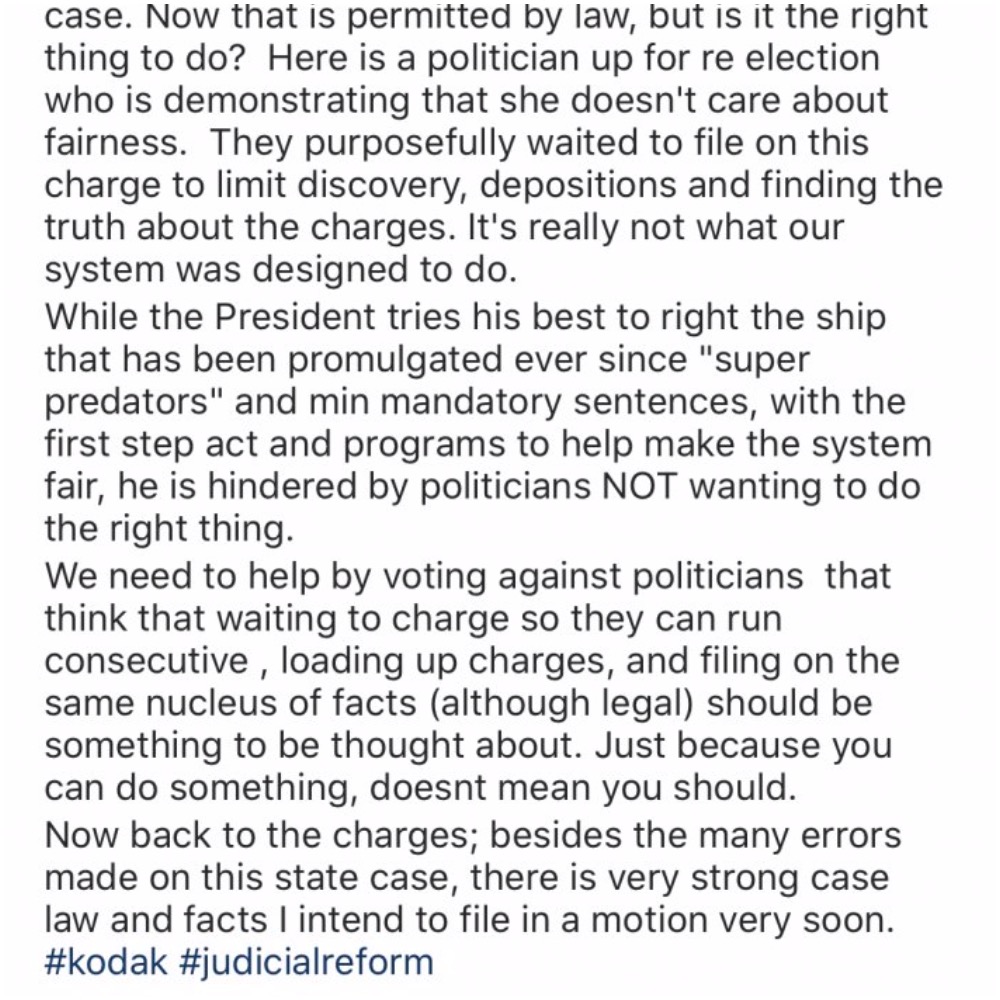