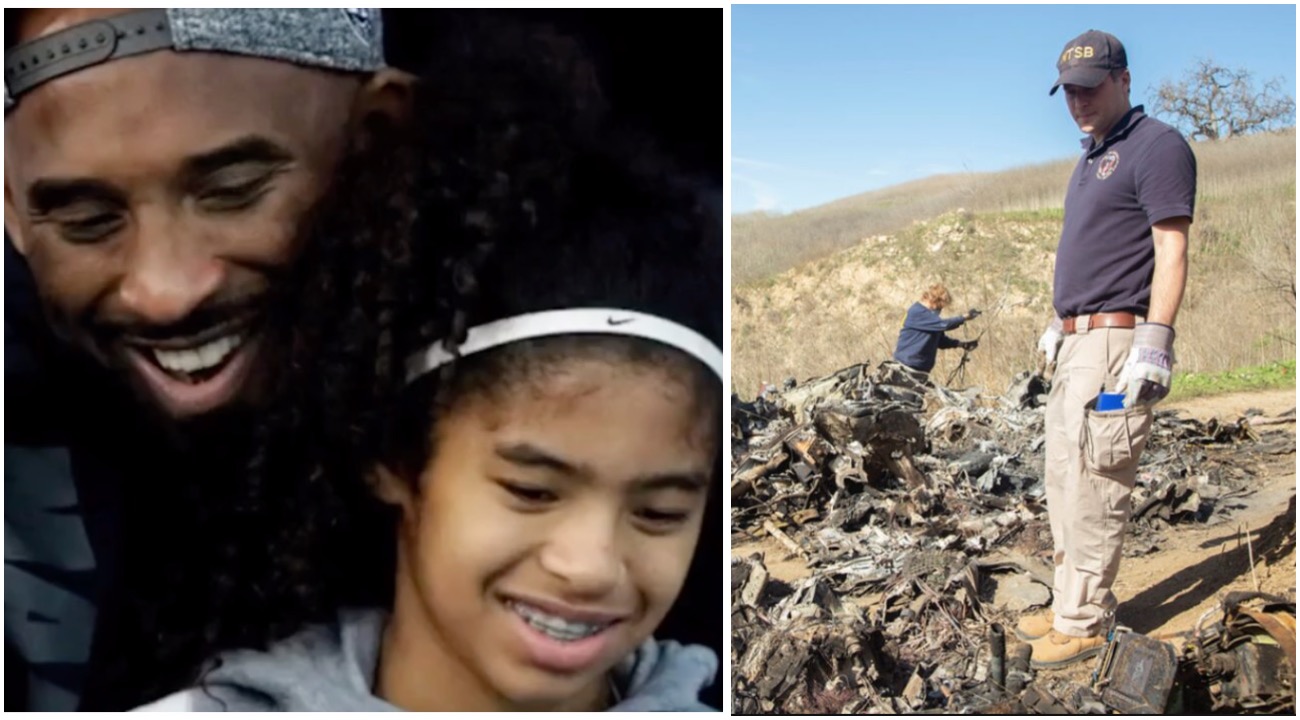 The National Transport Safety Board (NTSB) says its initial finding into the helicopter crash which killed Kobe Bryant and eight other passengers shows no preliminary evidence of engine failure.

The NTSB released their first findings into the January 26 crash stating that it appears the engine was operating at the moment of the crash because there was a cut tree branch at the crash scene. The report also highlights the helicopter’s instrument panel was completely destroyed. Aircraft instruments are the means of supplying the pilot with useful information about the aircraft and its operation could lead to safer flight.

The NTSB report says the helicopter’s instrument panel was completely destroyed in the wreckage.

Investigators found both engines, the entire fuselage, portions of the cockpit instrument panel and other key pieces of the aircraft approximately 127 feet from the impact site and note that the impact site itself had a crater 24 feet-by-15 feet in diameter and 2 feet deep.

The NTSB report addresses the helicopter pilot’s, Mr. Ara Zoboyan, flight history and credentials while also noting that a recent eye exam stated the pilot, “must have glasses for near vision.”

“The pilot, age 50, had worked for Island Express for about 10 years. According to FAA records, the pilot held an FAA commercial certificate with ratings for helicopter and instrument helicopter, as well as an FAA instructor certificate for flight, instrument, and ground instruction. His most recent FAA second-class medical certificate was issued on July 3, 2019, with a limitation stating, “must have glasses for near vision.” At the time of his last medical application, he reported 8,200 total hours of flight experience. The pilot logged about 1,250 total hours in the S76 helicopter. His most recent flight review, including proficiency training in inadvertent entry into instrument meteorological conditions (IIMC) and unusual attitude recovery, was conducted in a helicopter with EUROSAFETY International on May 8, 2019. The pilot received satisfactory grades for these maneuvers.”

“Parties to the investigation include the Federal Aviation Administration (FAA), Island Express Helicopters, Sikorsky, and the National Air Traffic Controllers Association. The Transportation Safety Board of Canada is participating in the investigation as an accredited representative, as is Pratt and Whitney Canada as a technical advisor. The investigative team was also assisted on scene by numerous other federal, state and local law enforcement and public safety agencies.”

The NTSB notes the final report should be out in 12-18 months. 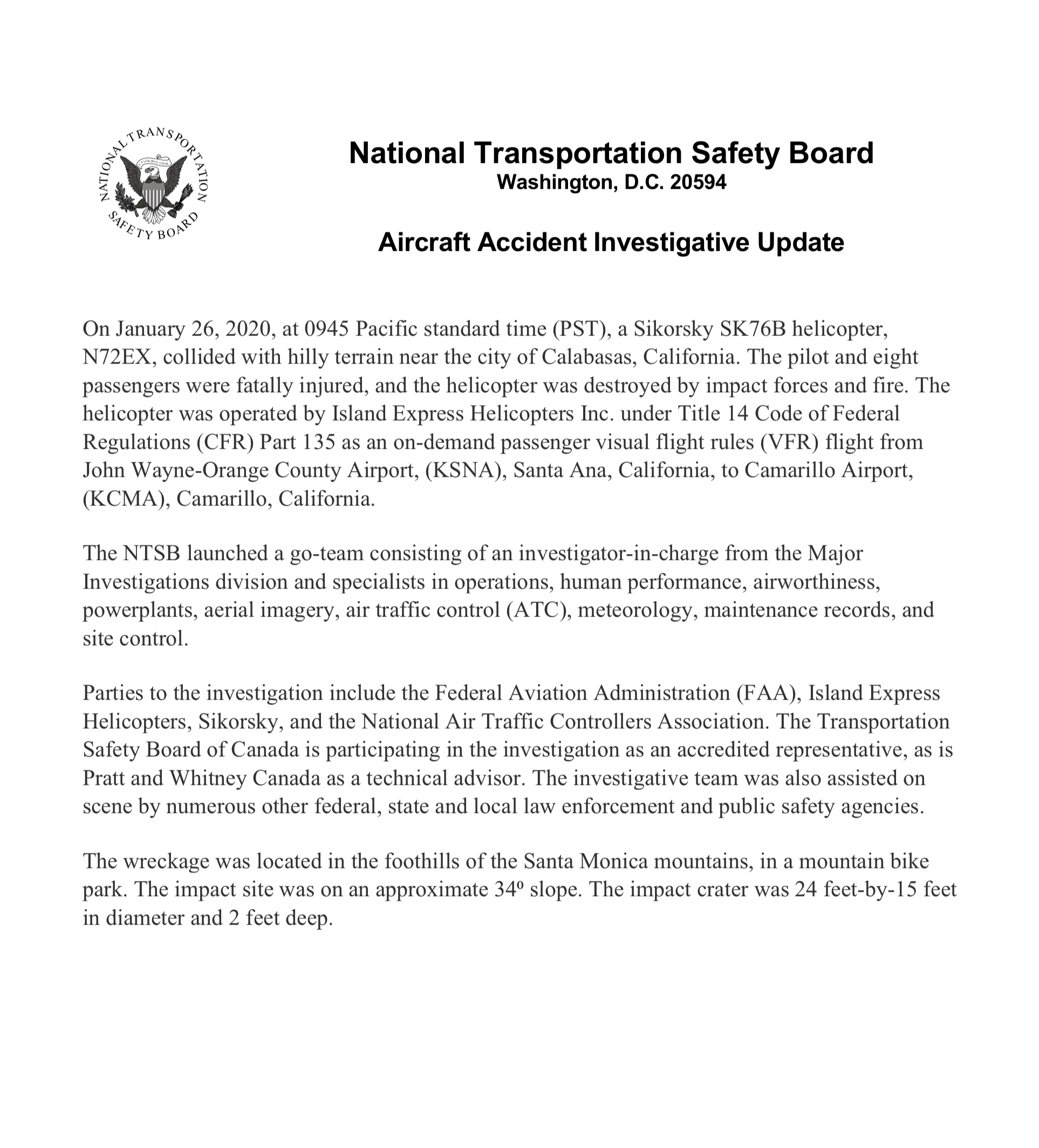 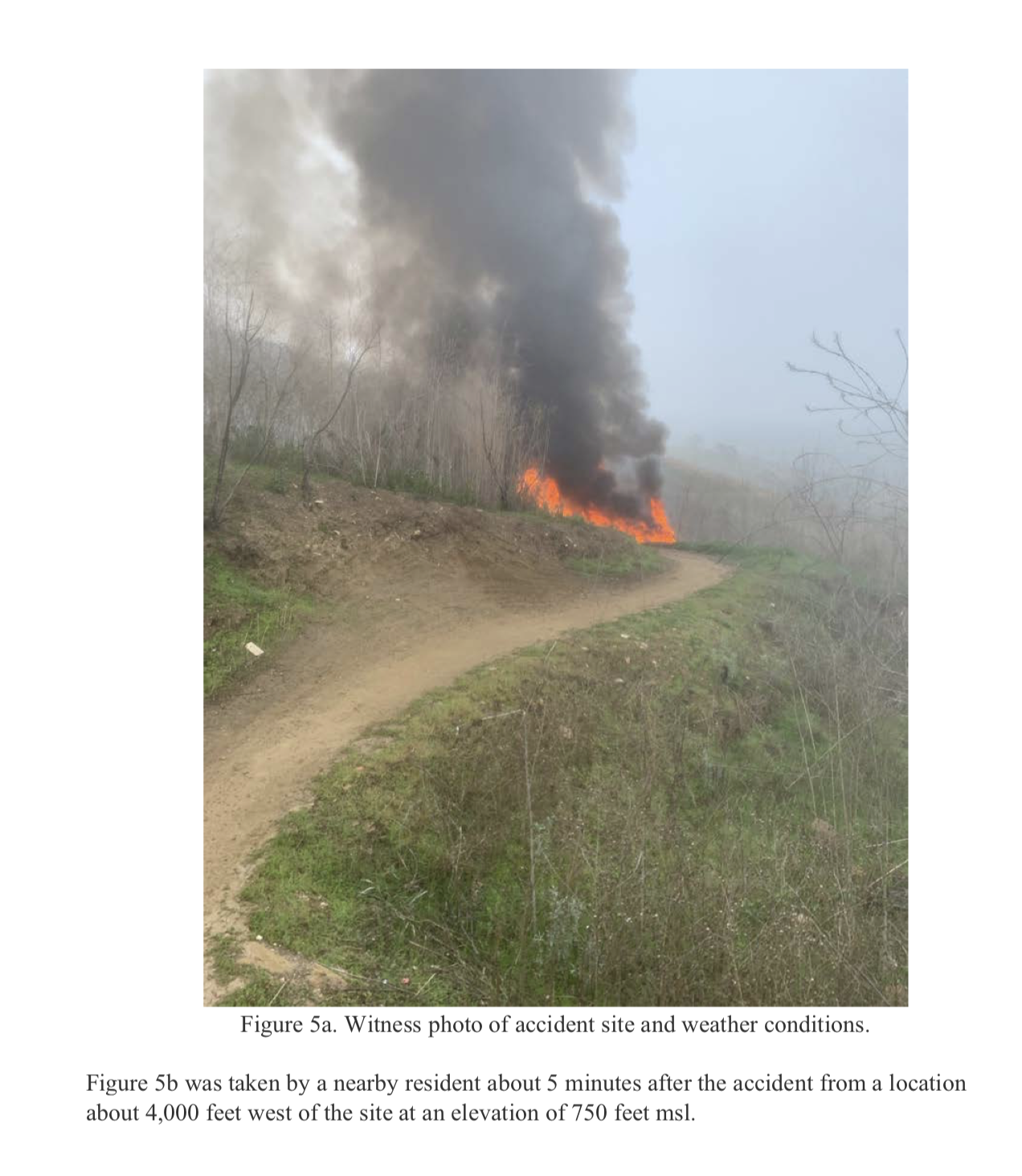 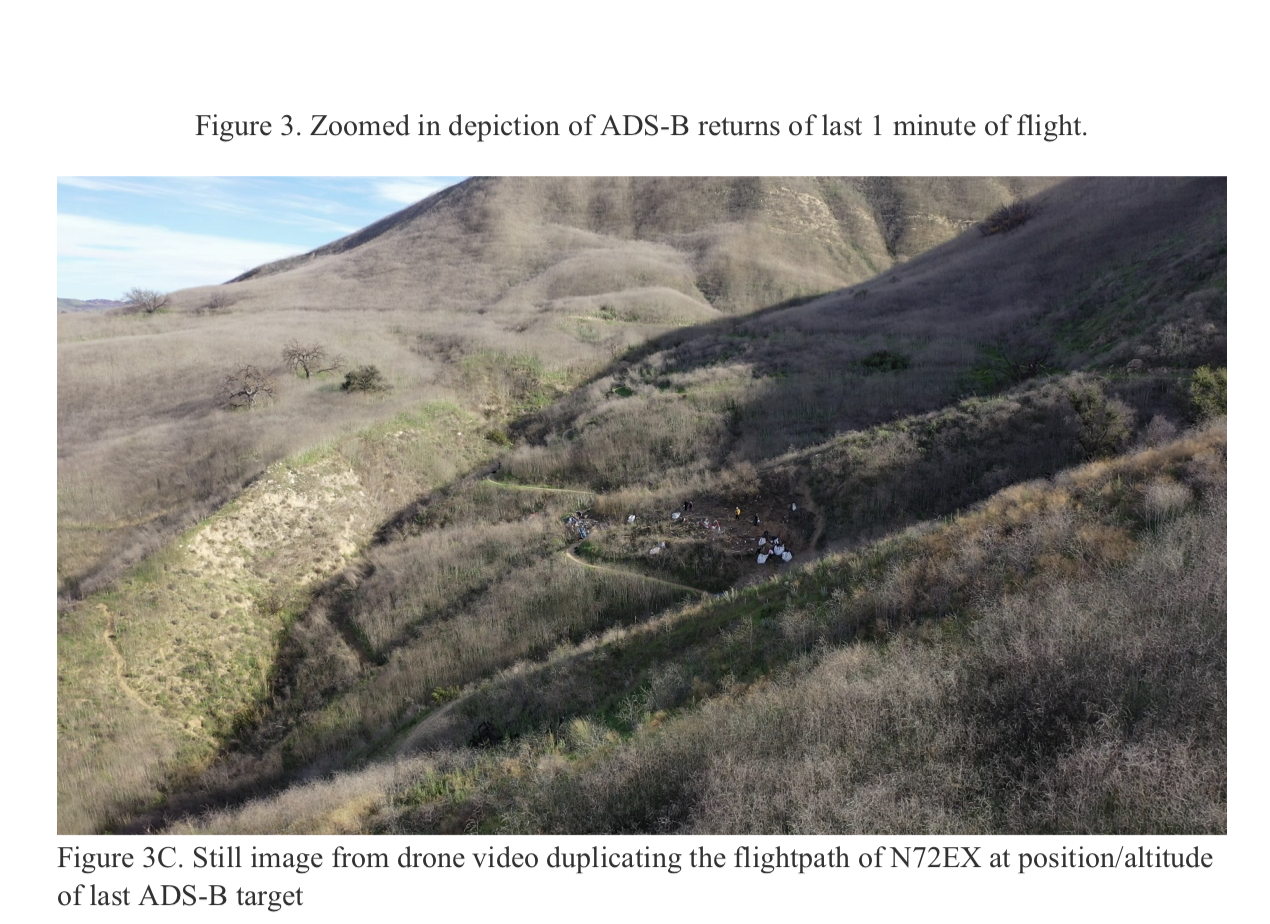 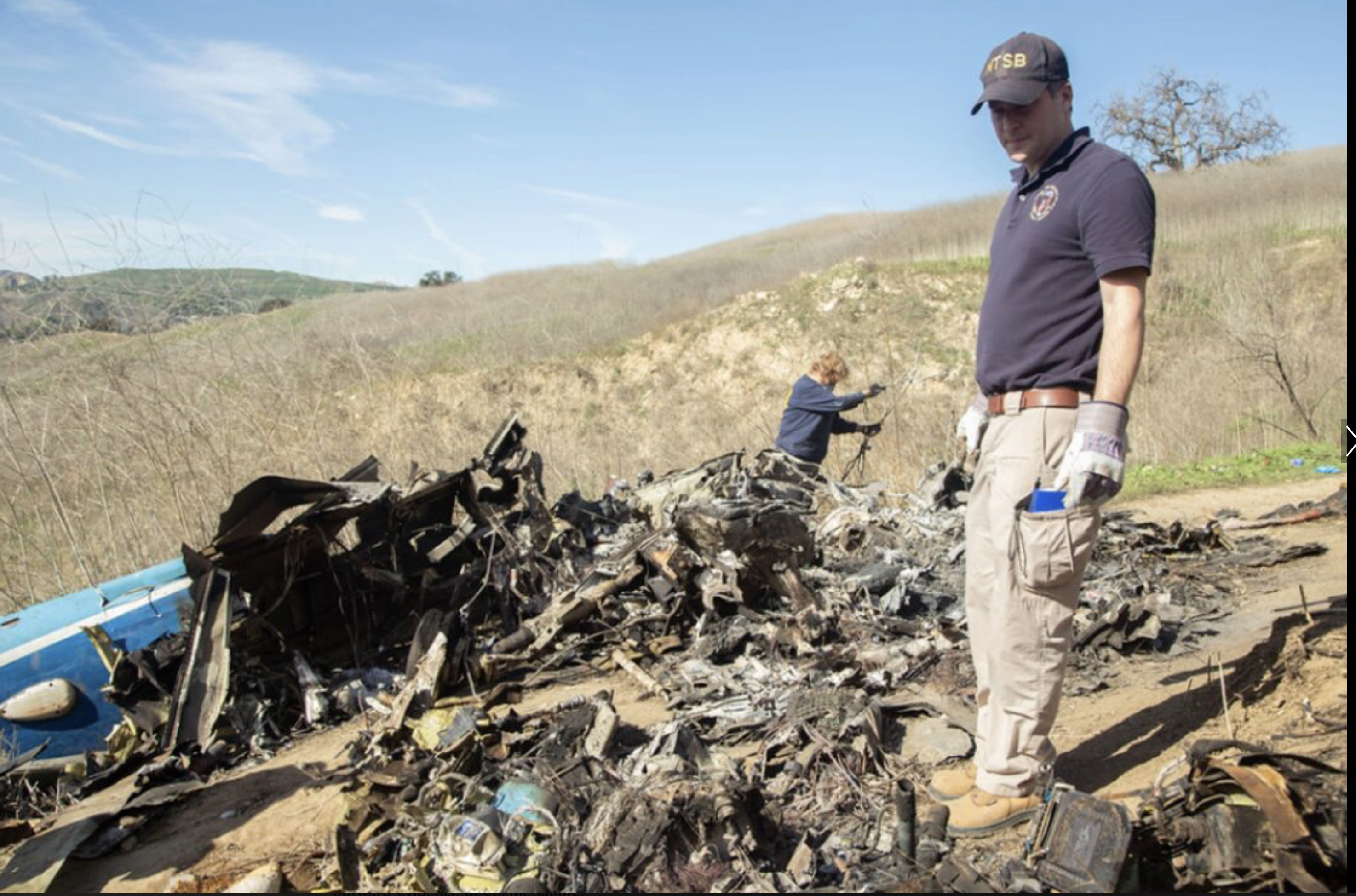 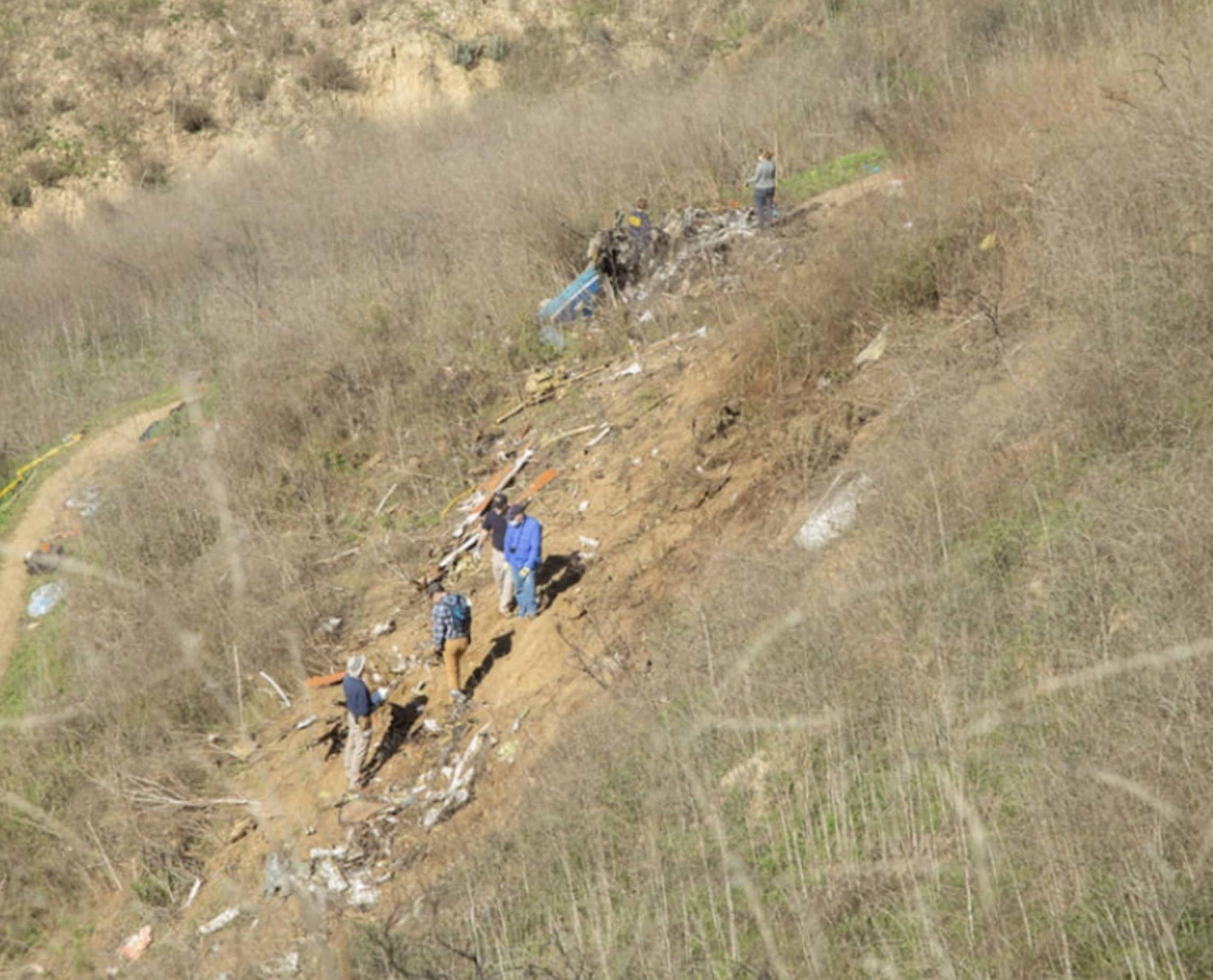 Anyone interested can find the entire 11-page report here.