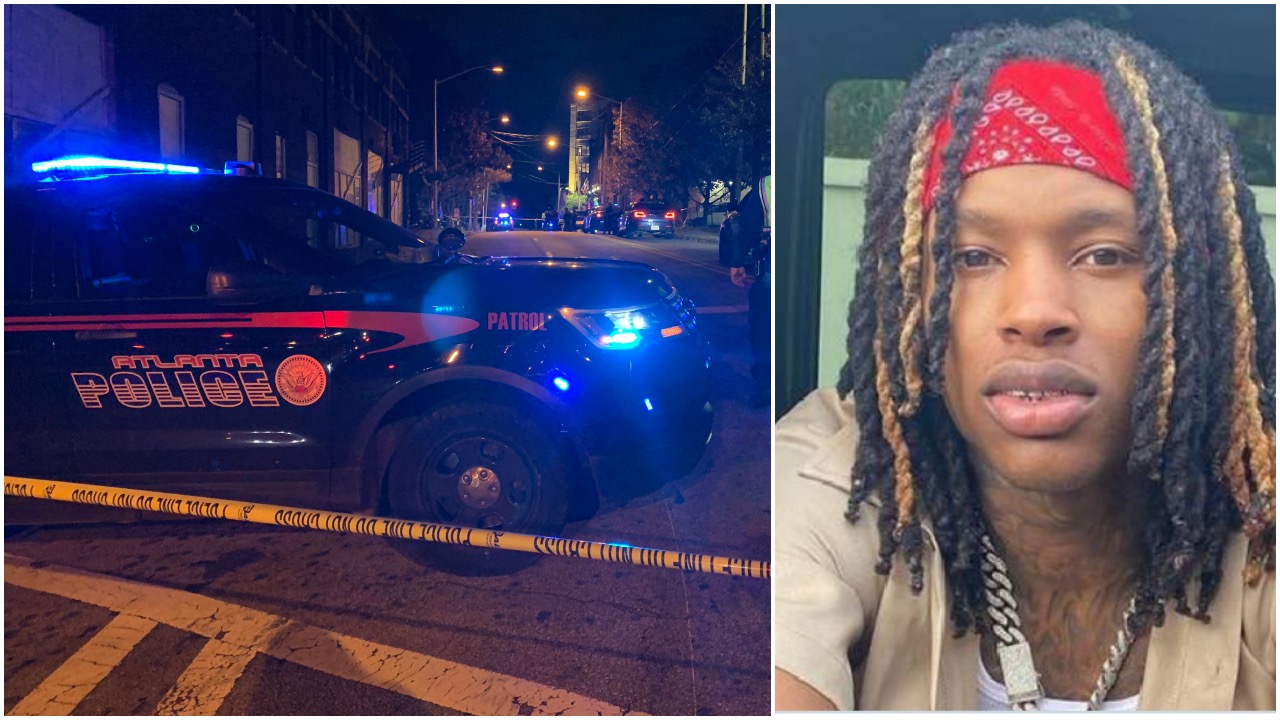 Footage captured outside the Atlanta hookah lounge showing aspects of the shooting deaths of 3 males including King Von has sparked vast rumors on the Internet that the person responsible for shooting and killing of the popular Chicago Drill Rapper is Quando Rondo’s alleged associate who previously used the IG handles @lul.timm. The IG account in question has since been deleted however screenshots exist showing Quando Rondo’s official IG account interacting with the account @lul.tim on the most recent post prior to being deleted. 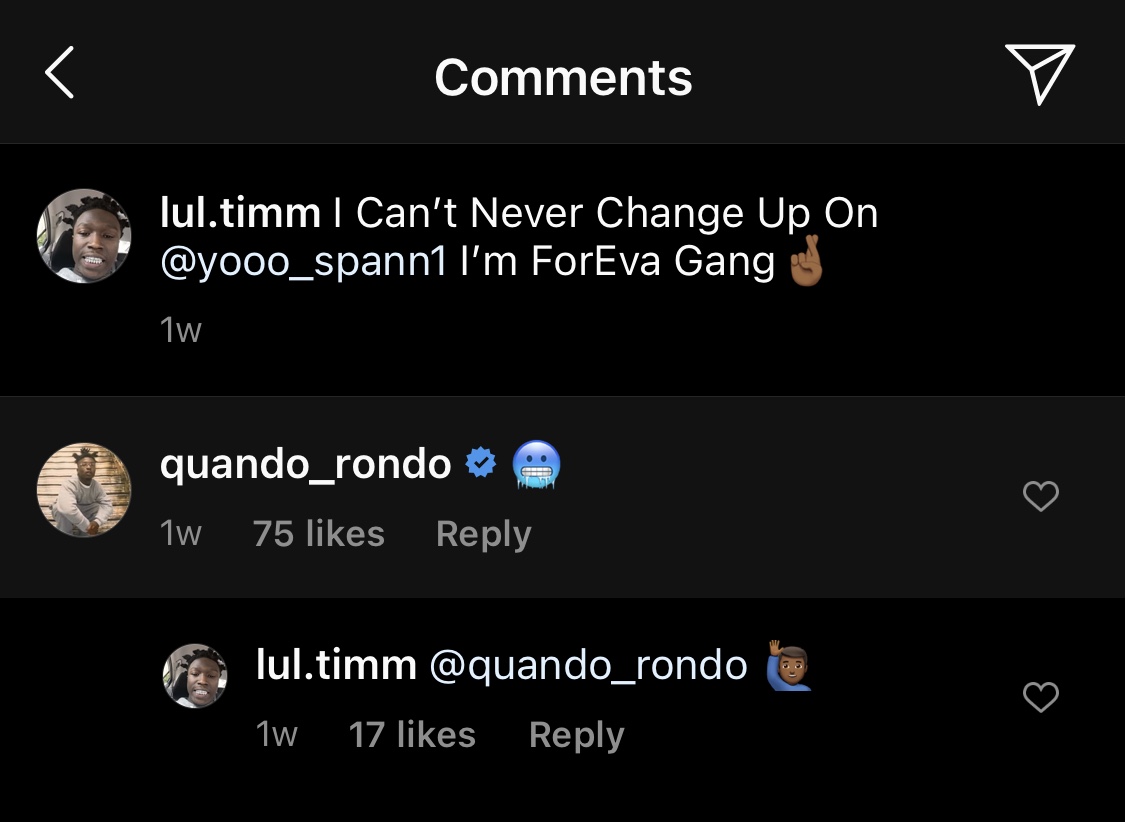 According to the IG account @thetrollinone, Quando Rondo’s alleged associate is a person named “tblack” and comments about the video showcasing the shooting,

Shooter is @lul.timm aka tblack quando man who falls to the floor behind white truck. Looks like he got hit in the leg. Look at rondos live and then look at the shooter.” 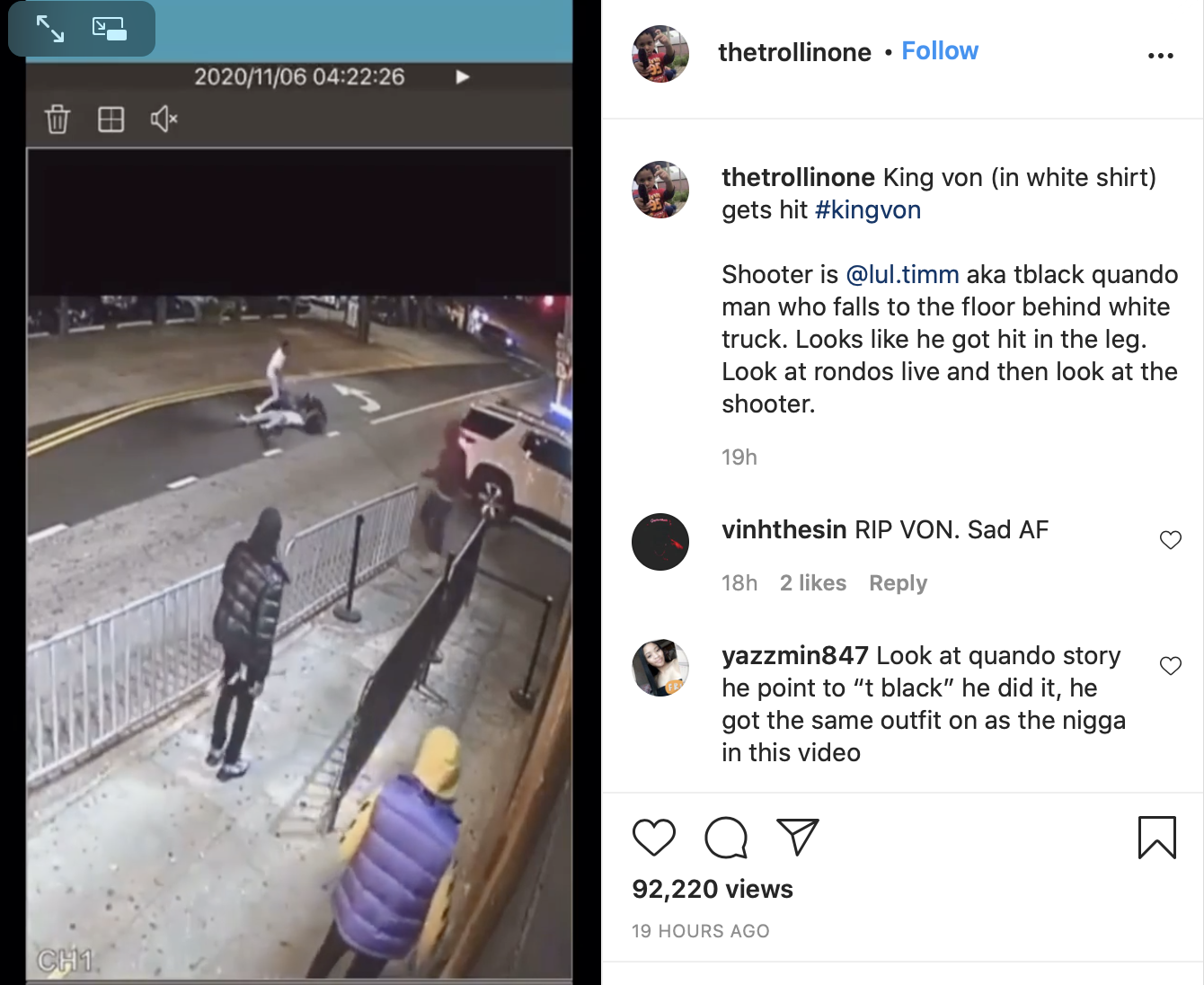 Anyone interested in viewing the video in reference can view it here  [if you choose to click, warning: graphic content]. In the clip, you can see a physical altercation break out amongst a large group of men, as they come rushing out the doors of the club. King Von is reportedly seen in a white shirt, and as the fight breaks out, another man, dressed in all black, appears from behind a white van and begins firing shots, clearly shooting King Von. After this, the shooter in black falls to the ground– possibly having been shot as well–  and fires another shot. At which point, the crowd begins to disperse and Von’s entourage rushes to his aid. Meanwhile, the alleged shooter makes off in the aforementioned vehicle that was nearby. Von can be witnessed struggling to stand up and waits for a black vehicle to take him away.

Speculation that T Black is possibly affiliated with Quando Rondo is running rampant also because during a video shoot footage shows the man from the account also seemingly participating in the video shoot.  Also, the account mentioned above refers people to “look at Rondos live” which we’ve included below. The account @thetrollinone suggests the shooter is the same person witnessed in Quando Rondo’s post shooting Live video.