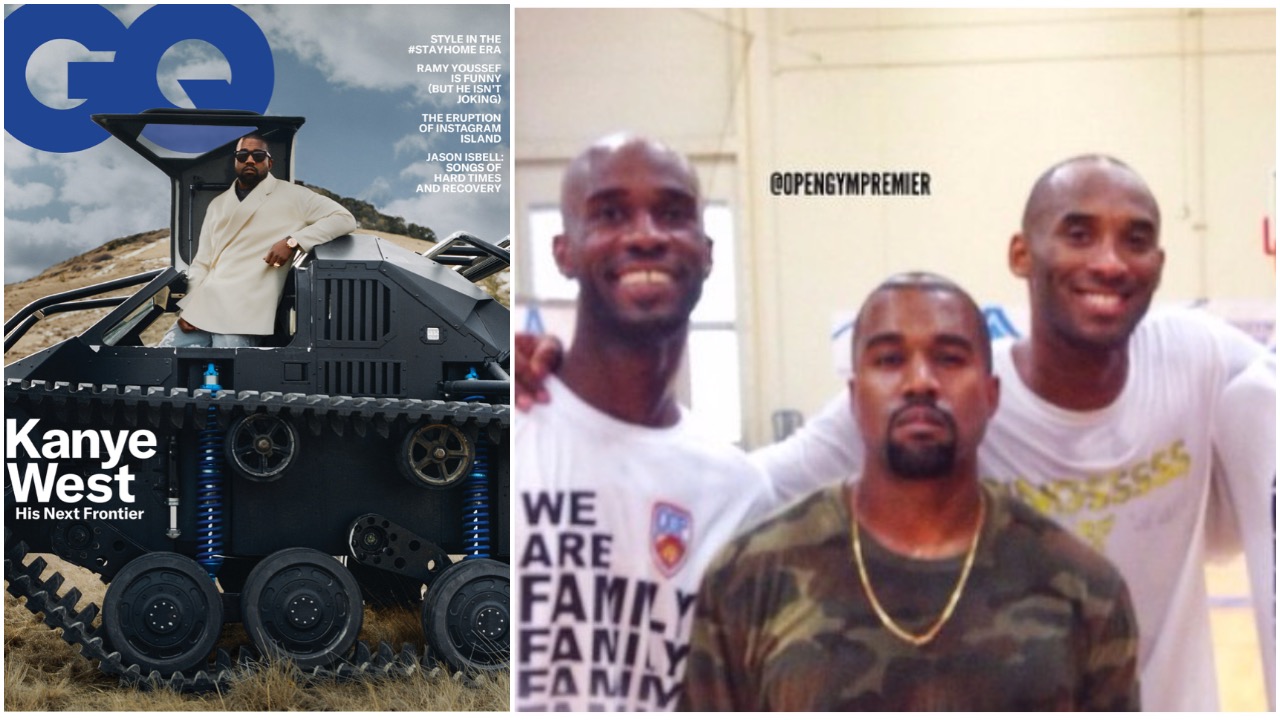 Kanye West appears on the front of the May 2020 edition of GQ and during the interview for the upcoming edition Ye covered various topics, including Kobe Bryant, who Kanye claims was “the basketball version of me.”

Mr. West explained, “He was the basketball version of me, and I was the rap version of him, and that’s facts! We got the commercials that prove it. No one else can say this. We came up at the same time, together. And now it’s like, yeah, I might have had a reputation for screaming about things—but I’m not taking any mess for an answer now. We’re about to build a paradigm shift for humanity. We ain’t playing with ’em. We bringing home the trophies.”

Regarding the upcoming presidential elections Kanye states “we know who I’m voting on” before adding that he’s “not going to be told by the people around me and the people that have their agenda that my career is going to be over. Because guess what: I’m still here!”

Kanye also described his struggles with alcoholism, “One day I was in my office working on the couture collection, and there was some Grey Goose in the fridge and I was just going to get a daytime drink, and I looked and thought, ‘Devil, you’re not going to beat me today.’ That one statement is like a tattoo. I haven’t had a drink since I realized I needed to take it day by day, but I never owned up, or was even told, ‘Hey, you’re a functioning alcoholic.’ People have called me a crazy person, people have called me everything—but not a functioning alcoholic. And I would be drinking orange juice and Grey Goose in the morning.”