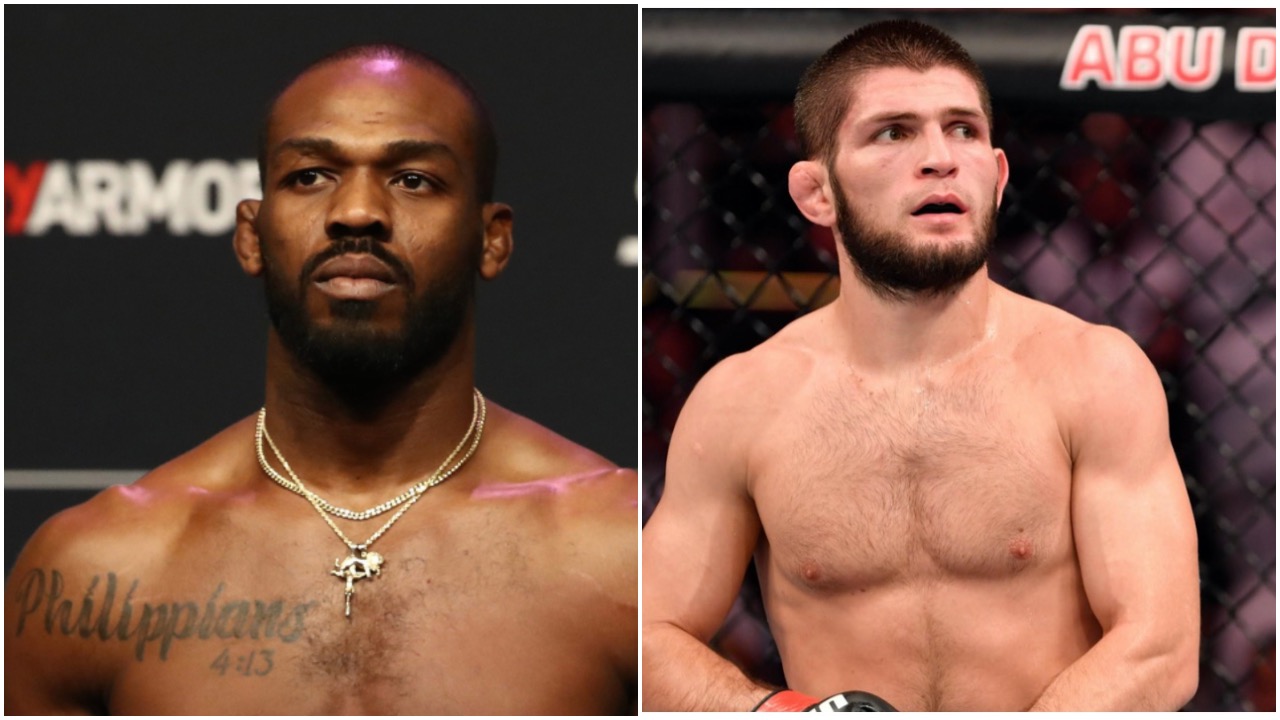 This past weekend we reported how Khabib defeated his respected opponent Justin Gaethje (view here) and afterwards announced his retirement from MMA fighting. Khabib retires undefeated at 29-0 (8 wins by knockout, 11 wins by submission & 10 wins by decision. The Dagestani warrior mainly fought in the UFC’s lightweight division with a career spanning from 2008-2020.  After Khabib’s match with Gaethje, UFC Boss Dana White indicated the pound-for-pound rankings should change to show “The Eagle” as the best P4P fighter in the world.

Jon Jones, certainly one of the best fighters the sports has ever witnessed to date, competitively disagreed. Besides congratulating Khabib and wishing “The Eagle” the best moving forward, Jones asserted that he’s the best P4P fighter in the world.

#UFC254 #Khabib just proved why he is the champ

I want to congratulate Khabib for an outstanding career. I know he made his father along with millions of fans around the world incredibly proud today. May God continue to bless him on his journey.

When the new rankings came out, Khabib was indeed granted the top position and the Dagestani fighter took to social media to seemingly respond to Jones.

“It was work of my life, I never got anything easy, and nothing was given to me because I’m nice guy. Hard work, hope for Allah and patience, this three ingredient helps me to get successful, and of course, control and advises from my Father, who invested in me a lot of time and work.”

In another post, Khabib seems to put any idea of fighting in the UFC behind him by showing a picture of himself and the ‘Ruler’s Representative of the Eastern Region of the Emirate of Abu Dhabi, the United Arab Emirates’ Tahnoun bin Mohammed Al Nahyan (a member of the ruling family) who was previously deputy chairman of the Executive Council of Abu Dhabi, chairman of the Abu Dhabi National Oil Company and deputy chairman of the Supreme Petroleum Council. The post seems to suggest big business ventures in the future for Khabib and his team.

“It was my pleasure to meet @tbzayed Thank you so much for invitation. Looking forward to launch our new projects in Abu Dhabi soon InshaAllah.”

Khabib has also been very active with charity projects in both sub-saharan Africa and his native Dagestan. Presumably, he’ll continue to be active in these projects.

Meanwhile, Jones continue to tweet. Can’t knock the man for standing up for himself.

This is number one bullshit https://t.co/Mtkvyc32NZ

Unanimous decision over last minute replacement Al Iaquinta to become champion🤷🏾‍♂️ Conor McGregor is the only opponent he’s ever had that the general public actually knew. Catapulted my man to becoming the best ever, this is hilarious