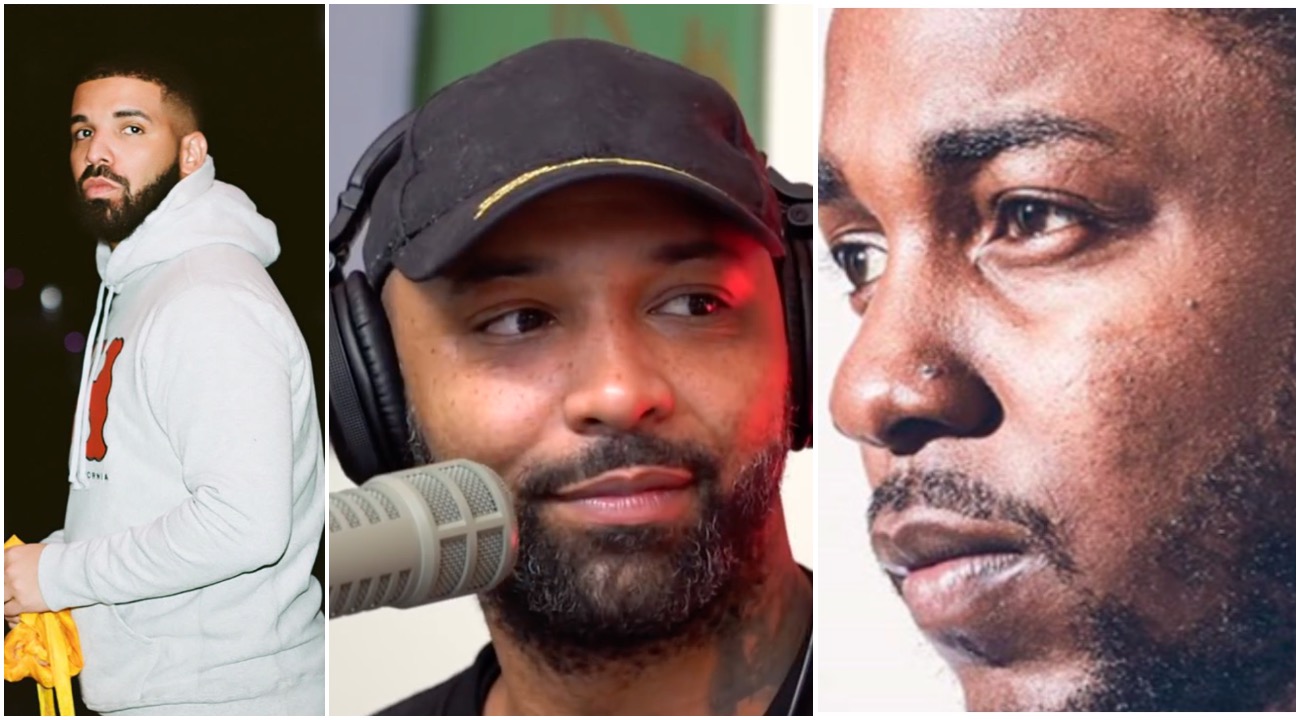 The rap world hasn’t seen a true battle of equals in quite some time. Most battles latest have consisted of pod casters battling rappers, B-Level rappers taking shots at A-Level rappers or even troll rappers dissin each other in social media posts without necessarily air each other out over the microphone.

With that being said, Joe Budden, who tends to have a good ear (and eye) for movements within The Culture is now suggesting that the K. Dot/ Drizzy matter has lingering issues and that Kendrick will be coming for Drake. Budden goes on to explain why he feels as such, stating (among other things),

“I don’t think that the Drake-Kendrick tension is dead…I do not think that, in my lifetime, I have seen the end of the stigma, not saying it really exists, but the perception that is Drake vs. Kendrick. I think that last decade, they fought as long as they could fight and the decade ended without us having a decisive winner and I don’t think either of them have gotten off of that. Drake leaks have been leaking for months. When I say Kendrick has eyes, he sees that. […] I think Kendrick is the only one that could and would say, ‘I’m looking for that drop.'”

Watch what Budden has to say below (jump to the 37:00 minute to get straight to the above-referenced topic). Budden references two things. 1) The recently witnessed Kendrick/ Nasir photo (see below). 2) Kendrick Lamar’s newly launched media company PgLang (see here).