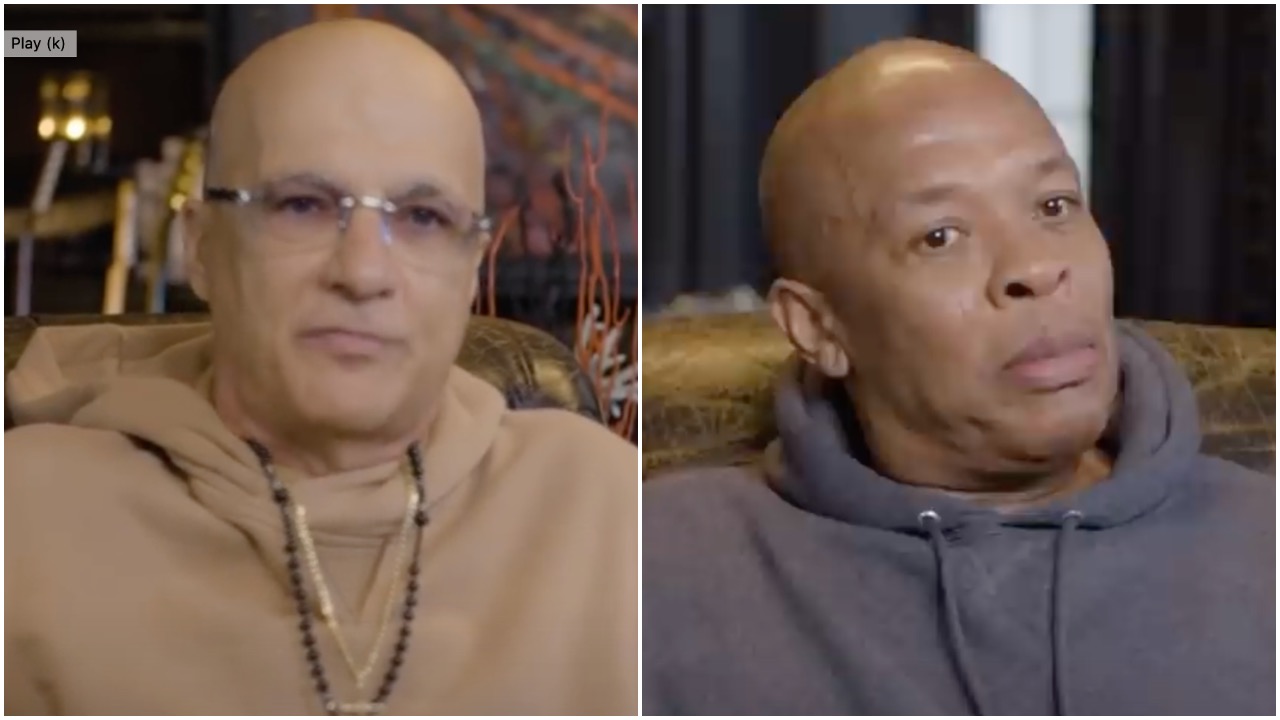 Jimmy Iovine is a retired man these days and has come a long way since beginning his business endeavors since his more youthful days in Brooklyn, New York. The business mogul, who is partially responsible for some of the biggest names to surface in the Rap Game over the past 30 years, does however offer his opinion on matters periodically and you can usually find Iovine and Dr. Dre conducting the same interview and/or attending the same functions.

During a recent sit-down with ‘British GQ’ Iovine states, “Black Culture [is] the most under utilized, under resourced and under appreciated asset that America has.” Indeed, patriotic Americans who value priceless qualities such as “freedom” should be quick to embrace Black-American culture considering the deep-struggle for freedom connected with Black-American culture and it’s people.  Dr. Dre then adds his own commentary.   Find the video below. The above referenced topic surfaces shortly after the interview starts.

The rest of the interview is also worth watching for anyone interested in entering the minds of two incredibly accomplished men.

Also, for anyone interested, HBO’s 4-part series which aired in July 2018 on Dre & Iovine ‘The Defiant Ones’ is a good watch.