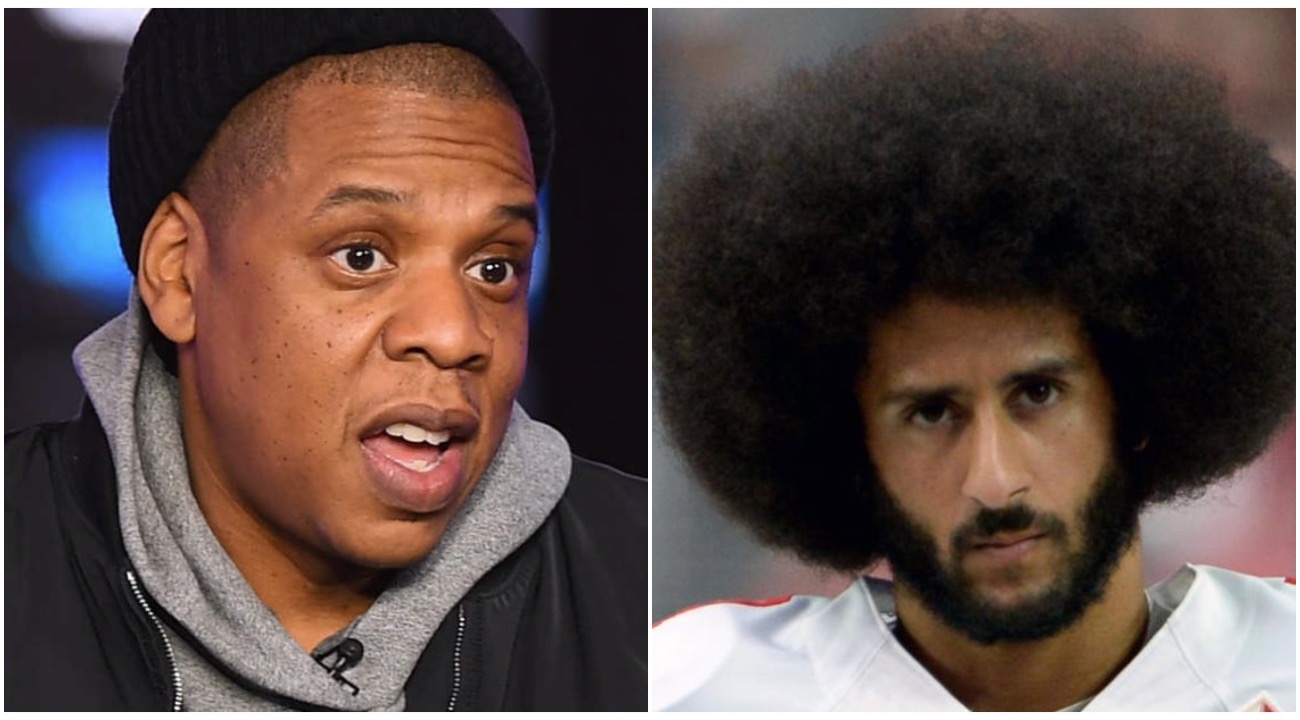 We reported three days ago how Jay-Z reportedly played a role in facilitating yesterday’s (11/16) Colin Kaepernick’s combine-like workout with the NFL. Several sources are now reporting that Jay-Z is of the opinion that Kaepernick turned the workout event into a publicity stunt.

Complex is reporting that sources tell them “JAY-Z feels disappointed with Colin’s actions and believes he turned a legitimate workout into a publicity stunt.” As is well documented now, there clearly is a disconnect between Team Kaepernick & the NFL. Immediately after word broke out in the public of the combine-like workout being hosted in Atlanta at the Falcons training facility, Kap took to Twitter in order to establish his expectations of the event. Notice how the tweet specifically mentions waning to “see the head coaches and GMs…”

I’m just getting word from my representatives that the NFL league office reached out to them about a workout in Atlanta on Saturday. I’ve been in shape and ready for this for 3 years, can’t wait to see the head coaches and GMs on Saturday.

The NFL refused to identify which receivers would be catching Kaepernick’s passes during the practice drills. Hence, Kaepernick invited his own receivers to catch his passes (read about that here). Carolina Panthers safety (and Kaepernick confidant) Eric Reid would also publicly state days before the event how he felt the workout was a publicity stunt on the part of the NFL.

Among other smalls details, the disconnect between the League and Kap was more obvious when the workout venue was changed to a location approximately 45 minutes from the Falcons training facility in Riverdale, Georgia. . This apparently was done in order to allow independent media to cover the event. Previously, Atlanta Falcons media personnel were scheduled to cover the workout session.

After Kaepernick refused to attend the workout session at the Falcons training facility the NFL put out a press briefing claiming they allowed for Nike to have a camera crew involved.

Then NY Times reporter Kevin Draper put out a tweet claiming Nike did NOT have a camera crew scheduled to attend the event.

A Nike spokesman said Nike did not have a camera crew on the ground in Atlanta and had no plans to use footage from Kaepernick's workout.

The spokesman wouldn’t say when, or whether, the ad would come out, but it seems Nike only wanted permission to use N.F.L. team names.

Beyond the specifics, the entire issue here is two profoundly distrustful parties accusing each other of operating in bad faith. So to immediately take what one side says—especially the NFL about Colin Kaepernick—as truth is malpractice.

As we stated previously, several sources have reported how Jay-Z is reportedly disappointed with how the ordeal transpired but no official statement can be attributed to the Roc Nation boss, only outlets claiming to have spoken with “sources” close to Jay, including Complex & TMZ (see here & here).

We’ll have more on the Colin Kaepernick/ NFL saga as the details become available.