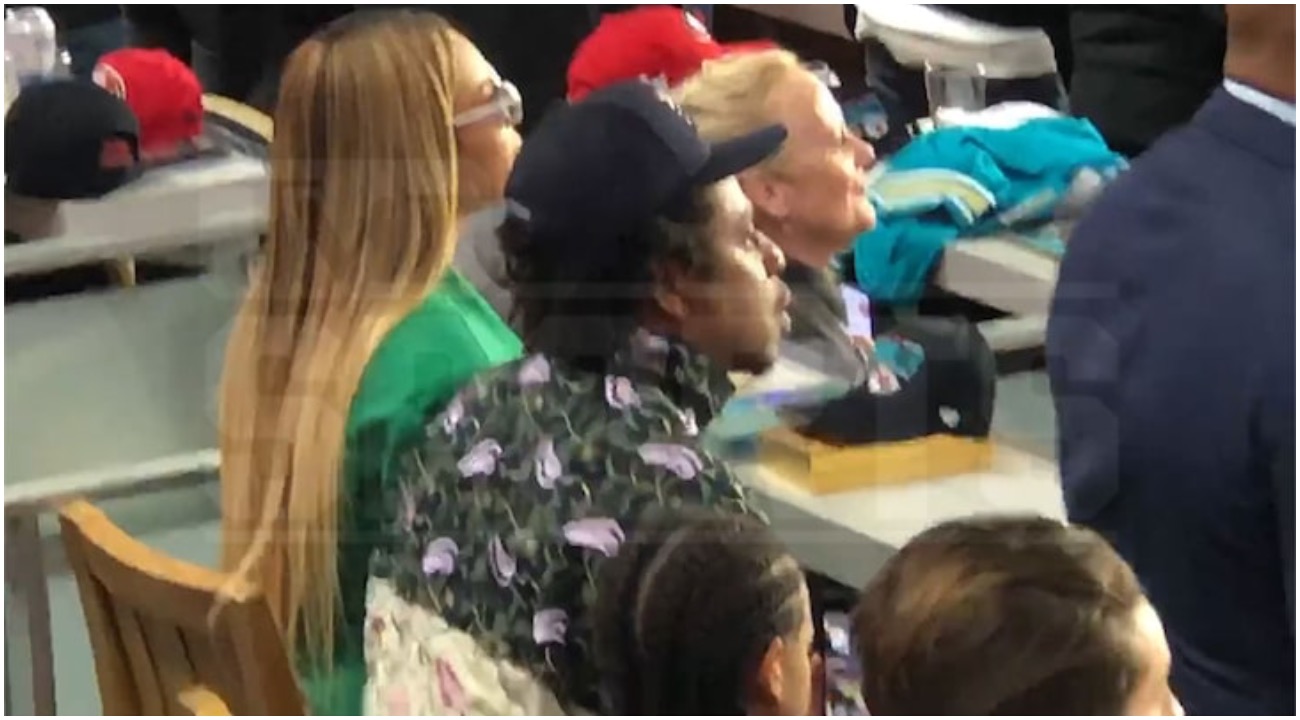 Jay-Z is consistent with his values in life. He has showcased this over the track record of his public career. He always stated his support for Colin Kaepernick’s cause while protesting police brutality. When Roc Nation teamed up with the NFL many observers considered Jay to be backdooring Kap’s initial taking-a-knee to protest innocent people being killed by enforcement three years prior.

Now, Jay-Z, while his company is in a partnership with the NFL, seems to be continuing this protest while calmly remaining seated while the playing of America’s national anthem was being sang by Demi Lovato. Although one can’t draw this conclusion with certainty as it seems most of the section where the Carters are seated has also opted to remain seated.

Catch the video below courtesy of TMZ.