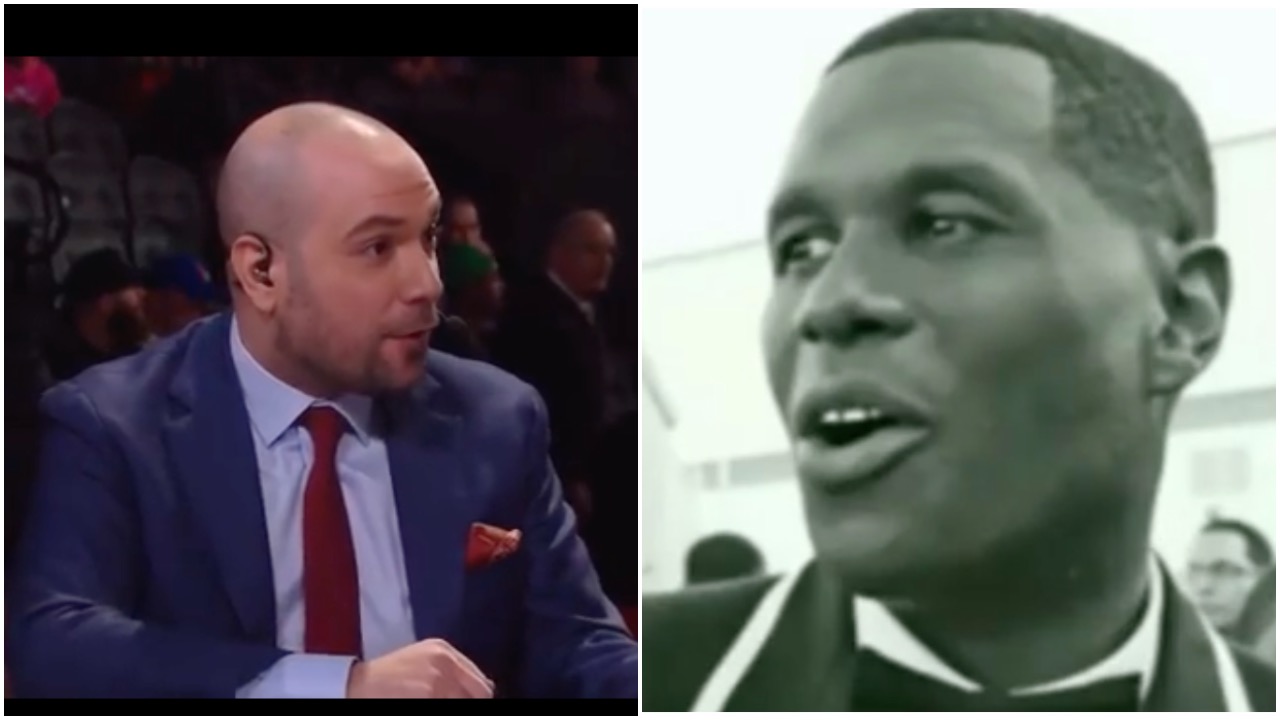 Jay Electronica and Peter Rosenberg are now publicly engaged in a back-and-forth dialogue over Jay Electronica’s choice of lyrics on New Orleans-bred rapper’s debut studio album, A Written Testimony. As we reported yesterday on our social media outlets, Rosenberg, who’s a host on the largest Hip-Hop radio station in the country, The Hot 97 Morning Show
in NYC, in addition to having done work for ESPN and, as of this month, signed a deal with WWE, took offense to Electronica’s lyrics which reference the “Synagogue of Satan.” The Synagogue of Satan is a biblical reference. 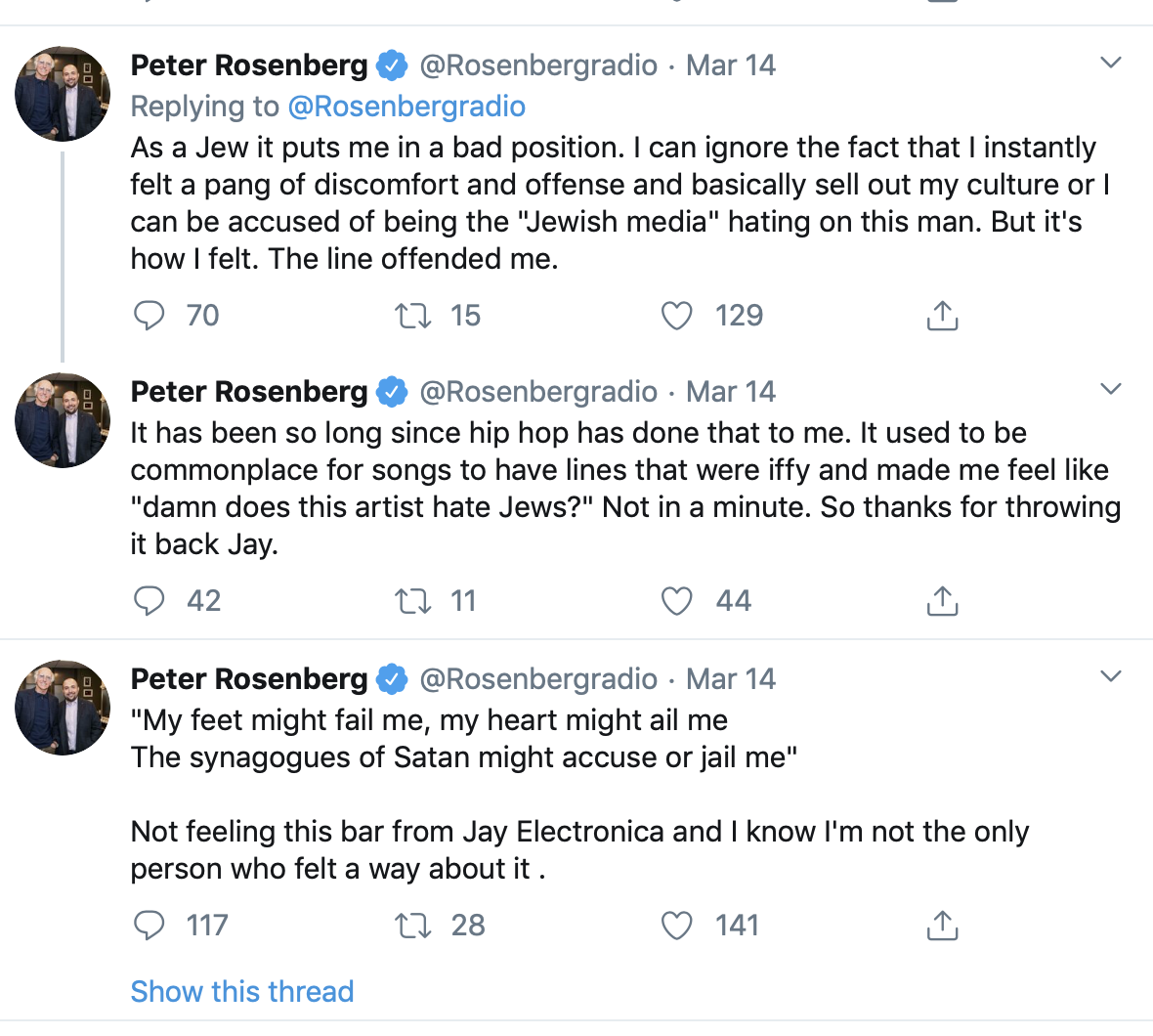 As a Jew it puts me in a bad position. I can ignore the fact that I instantly felt a pang of discomfort and offense and basically sell out my culture or I can be accused of being the "Jewish media" hating on this man. But it's how I felt. The line offended me.

‘Old Man’ Ebro who hosts the above mentioned Hot 97 program with Rosenberg and Laura Stylez hopped in the conversation, essentially explaining to his colleague that the “Synagogue of Satan” is a biblical reference.

Rosenberg then referenced a second occasion where Electronica mentions “Synagogue Of Satan” on the same album.

Apologies I quoted the wrong song … when I googled "Synagogue of Satan" — I mistakenly assumed Jay only said it once… this is the second time … the line this time is "The synagogue of Satan want me to hang by my collar" . lol my bad..songs dope besides that cringe though

Rosenberg then engaged in dialogue with Twitter users explaining that he takes no issue with the speech words used by the Minister Farrakhan on Electronica’s album.

Well that's reassuring … not all of us … also I was referring to one of Jay's bars … I don't find the intro with the Minister offensive actually https://t.co/xyMtYQWvLU

Jay Electronica took to social media to immediately respond to Rosenberg, seemingly accusing Rosenberg of clout chasing in order to pump up his media platforms (presumably his WWE platform which Rosenberg assumed responsibilities over this month). 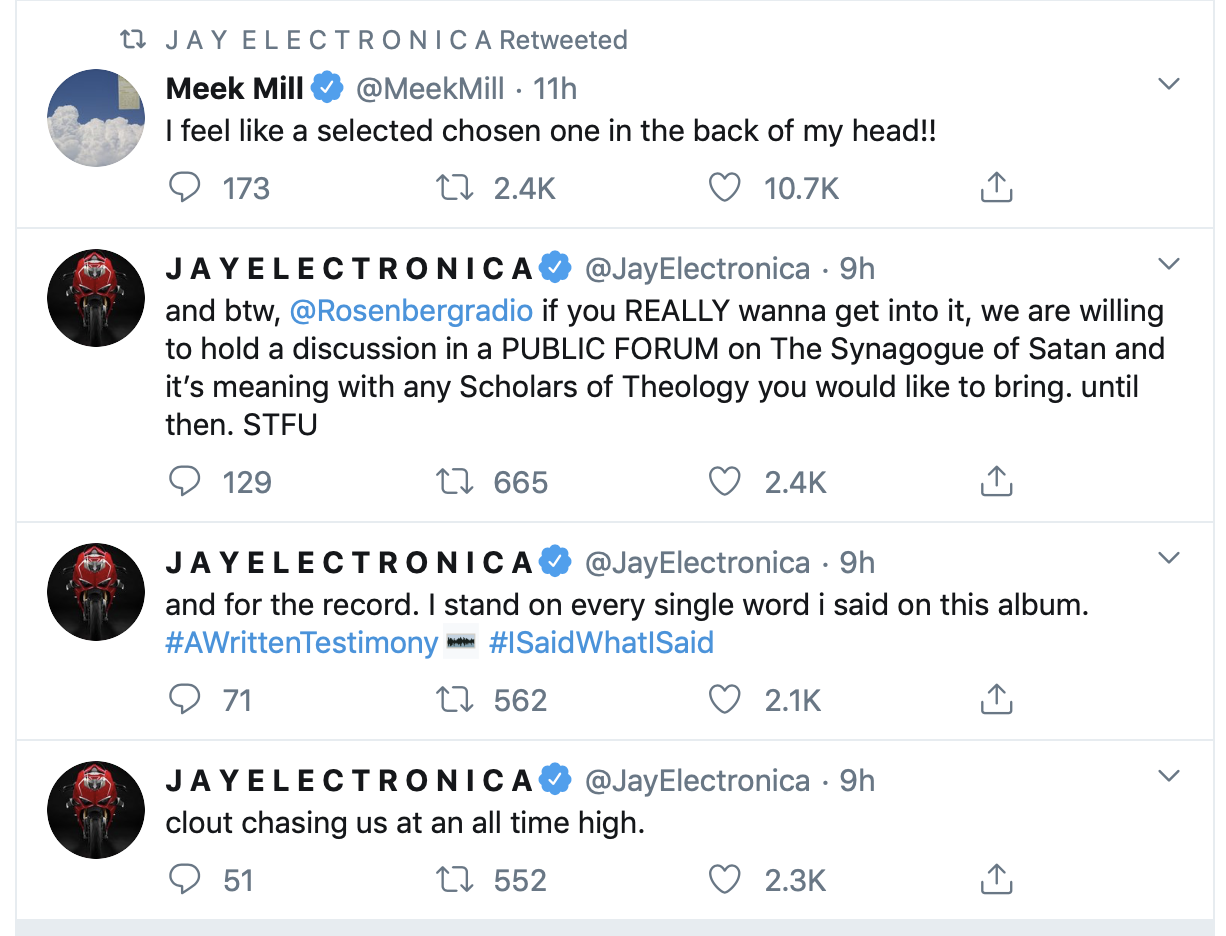 Meek Mill took to Twitter to express that he “feel like a selected chosen one in the back of my head!!” Meek is referring to the Jewish theological belief of being God’s “Chosen” people. To which Jay Electronica retweeted and responded to by stating,

you are indeed a Selected Chose One. Almighty God ain’t done w you yet. You just getting started Beautiful Black King! May Allah continue to bless you. We see your growth and shine. Mashallah

In the end, Rosenberg said he’s happy to discuss these matters publicly. However, what he did not mention is whether or not he’d be willing to allow scholars from each side to publicly engage in the matter. Typically in American public discourse it is rare for scholars to publicly engage each other. Electronica has yet to respond. 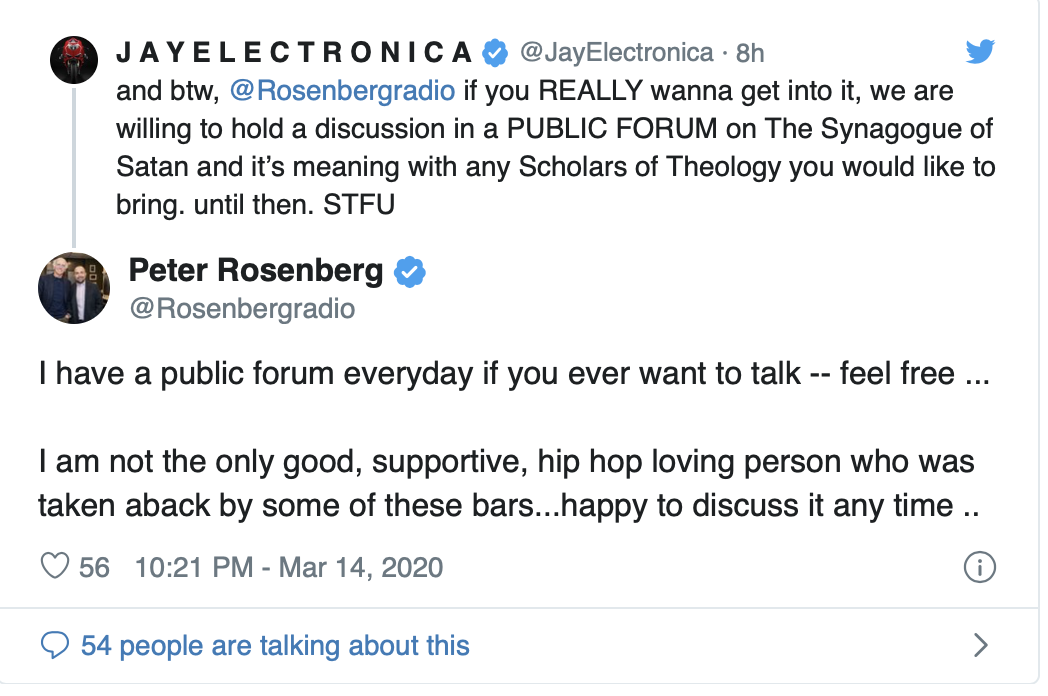 In case you missed the ‘Ghost Of Soulja Slim’ track from Electronica’s new album you can find it here.