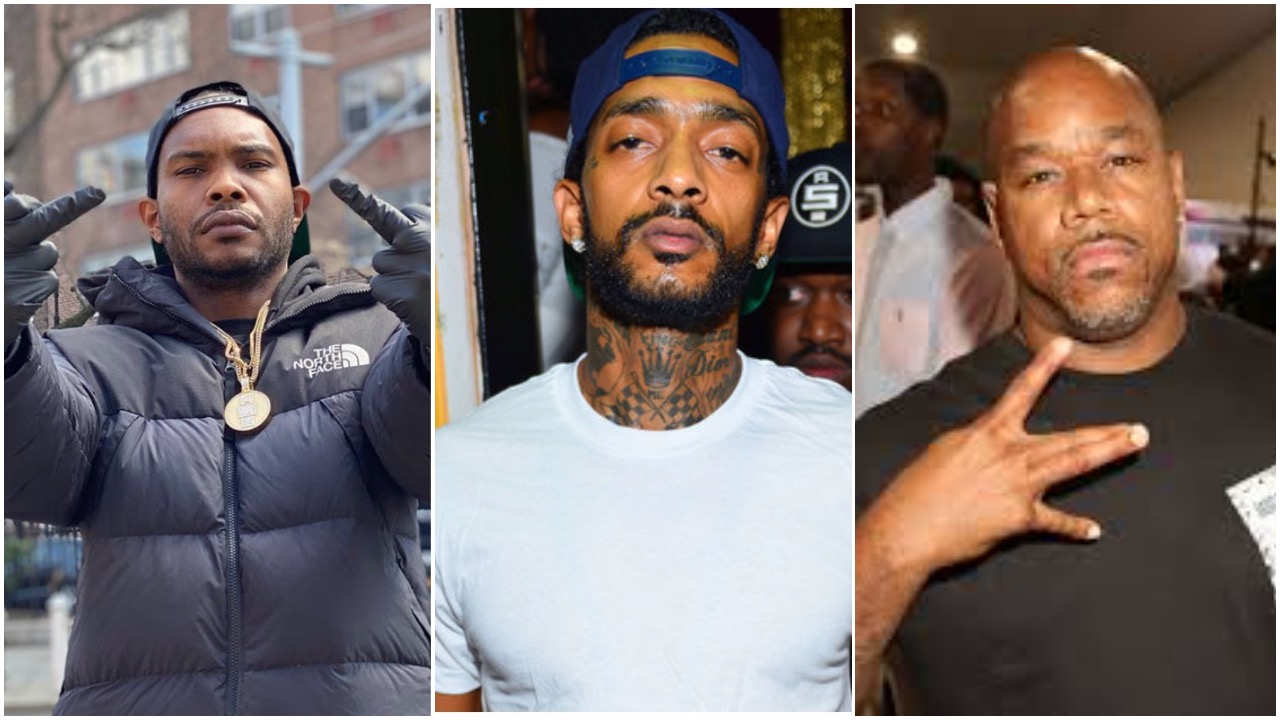 Anyone familiar with Los Angeles street scene knows well that J-Stone is official. Although he’s evolved now in the music business his reputation from his street days his respected both in his South Central LA neighborhood and throughout Southern California.

The relationship between the All Money In camp (founded by the late Nipsey Hussle) and Cash Money West (led by Wack 100) has been tense for quite some time ever since Nip was tragically shot and killed and Wack 100 started using Nip’s name to garner shock value.

We reported earlier today how Wack 100 posted about someone who he claimed broke out his car window and seemingly threatened by captioning,

“Next time try the drivers side so we can have some fun .. #Coward Cross the street with running shoes on. 1 shot clip ni**a ! Smh YALL that scared of me huh” 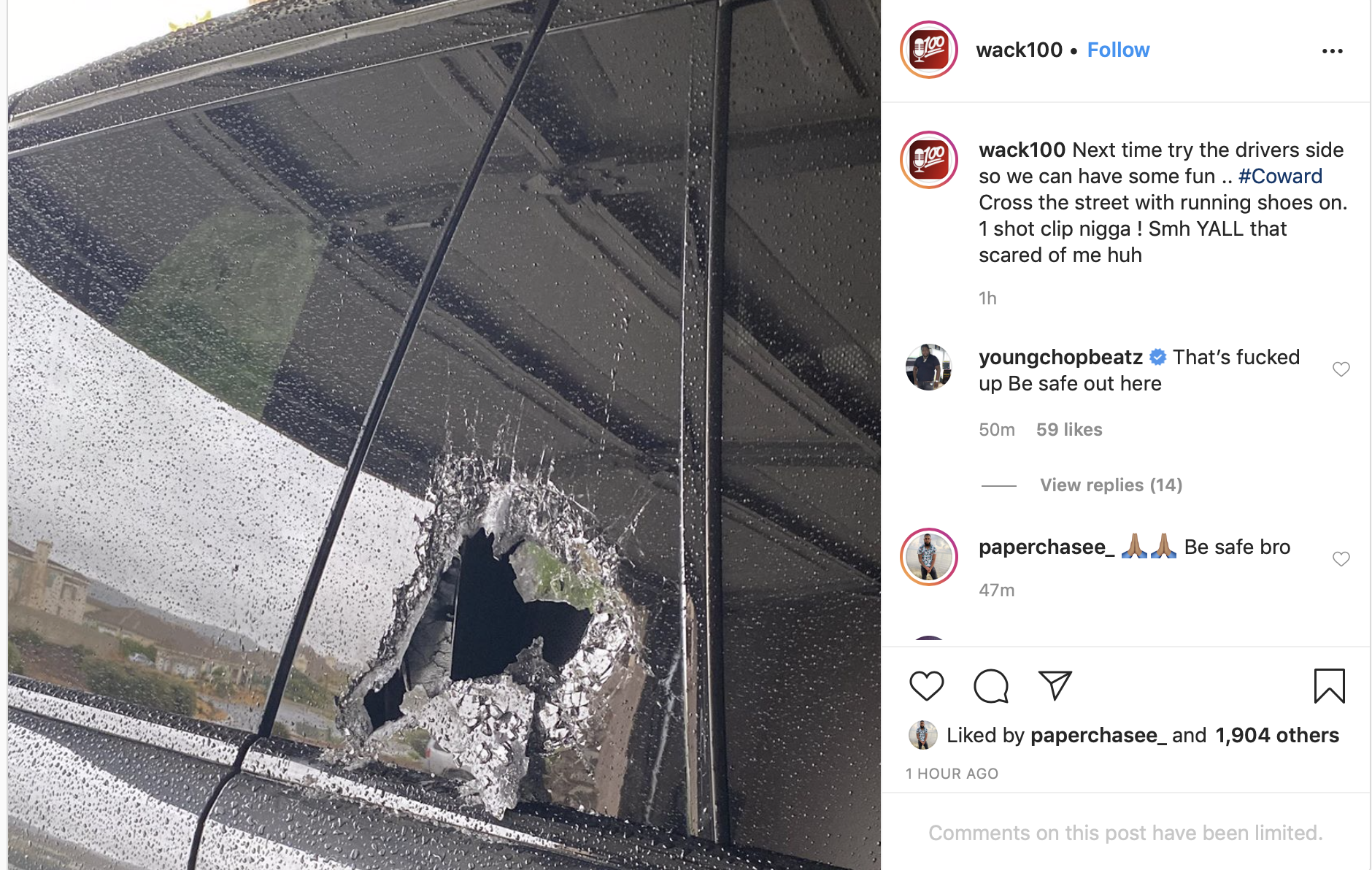 At this point there’s no way to confirm that J-Stone’s latest statement directed at Wack is related to the above-mentioned Wack post. J-Stone captioned it by stating (and tagging Wack 100),

“Aye @wack100 you a B*tch in Real Life!! And to keep it all the way 💯 Ni**a Nip hopped out on yo ass, got in yo face and pressed you and told you keep his name out yo mouth. You ain’t do sh*t but break it down to em. Fatts (RIP) was right there bout to knocc yo ass out. You bowed it down! Now since the homie ain’t here, you hard now? Ni**a you a 🤡 THE REAL REASON WHY YOU DONT LIKE THE HOMIE IS CAUSE HE MARKED YOU OUT WHEN HE WAS HERE AND YOU AINT DO SH*T!” 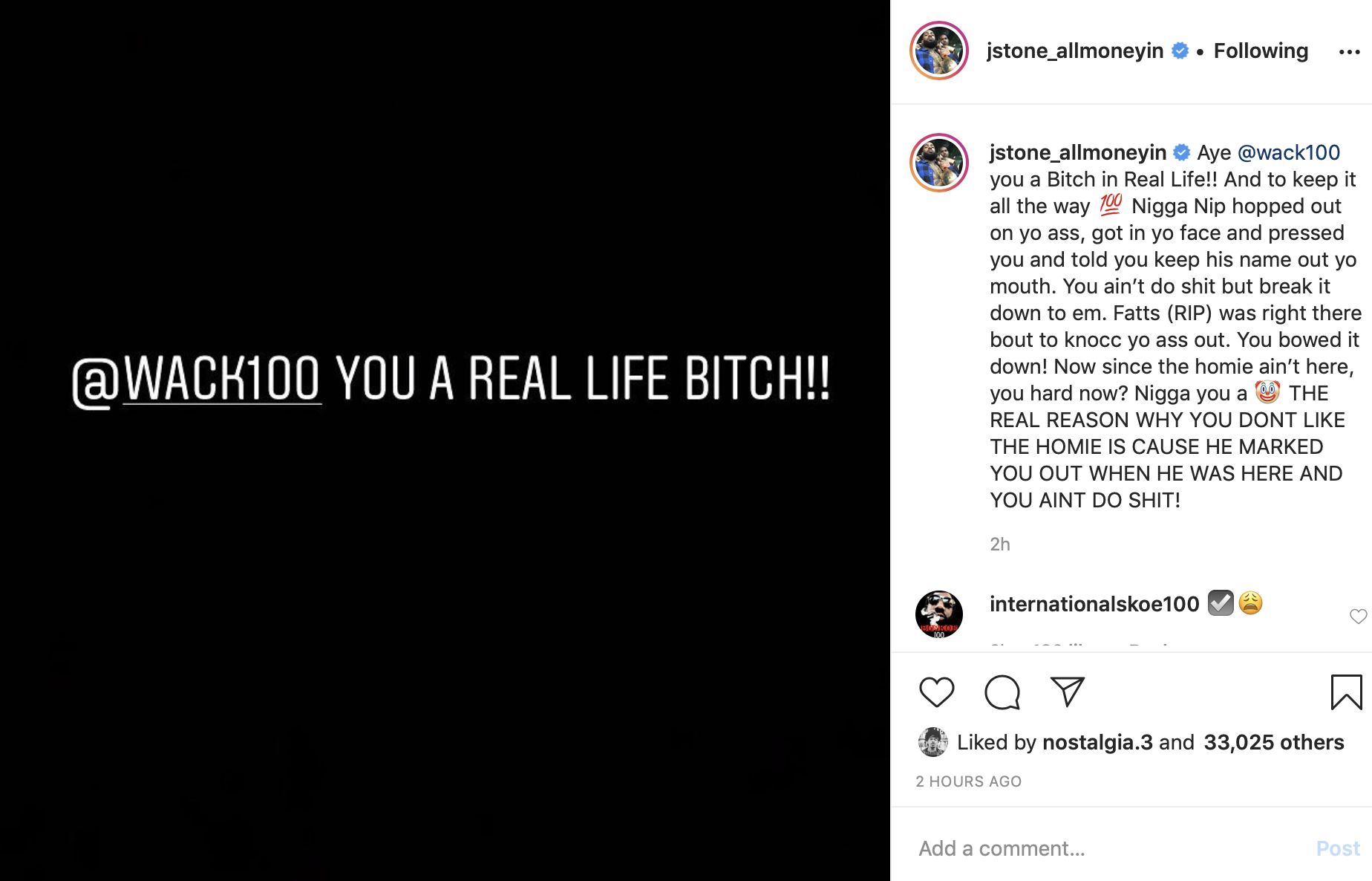 Killa Twan, another member of All Money In who’s from Watts, CA, also posted the following shortly after J-Stone’s post went up,

An audio recording leaked in October 2019 of Wack 100 allegedly calling Nipsey Hussle a fake gangster while praising the person who allegedly killed Nip.
Cash Money West has a reputation on the West Coast for stifling rappers from breaking out into the national stage.

Back towards the end of November 2019 Nip’s day 1 mate and All Money In member Boss Hogg addressed Wack 100 also on the No Jumper podcast. Shortly after this interview Wack 100 reportedly got beat up by an All Money Member at a West Coast music festival. Find multiple clips below.