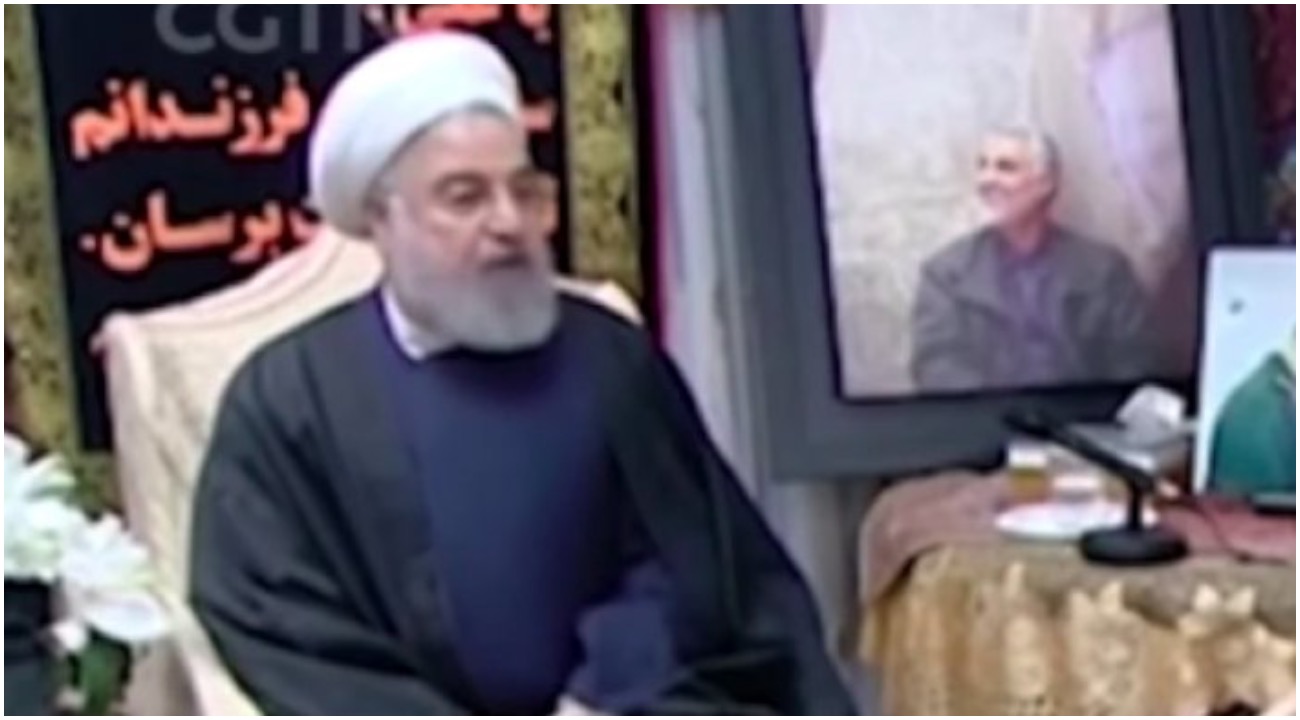 Iranian President Hassan Rouhani issued a statement suggesting America committed a “grave mistake” by killing Iranian commander Qassem Soleimani. In addition, Rouhani claims that the United States will have to face the consequences now and in the years to come.

CNN reports that an official statement issued by Rouhani’s office states, “The Americans did not understand what grave mistake they committed.”

In a video played on Iranian national television the country’s President further noted in a response to a question from Soleimani’s daughter when she asked, “Who will take revenge for my father?” that “Everyone will take revenge…” 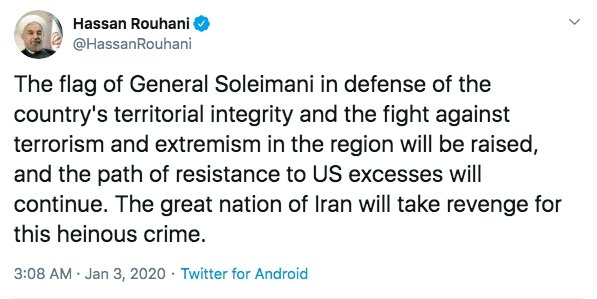 U.S President Donald Trump has also been making public statements in an attempt to justify the high-risk operation. 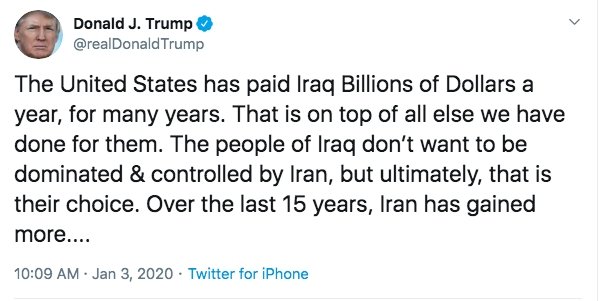 The United States and Iran have a long history of animosity dating back to 1953 when the CIA orchestrated its first known coup d’état against the democratically elected Iranian government which helped reinstall monarchical, dictatorship rule of Mohammad Reza Pahlavi. Then, the 1979 Iranian revolution overthrew Pahlavi who was sympathetic to American policies in the Middle East. Although different factions partook in the revolution, the element that came to predominately control the government has insisted on a more even balance of power between the two countries whereas strong elements in the U.S Establishment have persisted in sanctioning Iran at both the national level and by initiating international sanctions via the United Nations. Hence, a slow tug-of-war has played out over the past four decades with traces of occasional cooperation when mutual interests mandated such cooperation. Now, however, relations appear to be heading to an all-time low with no light at the end of the tunnel.