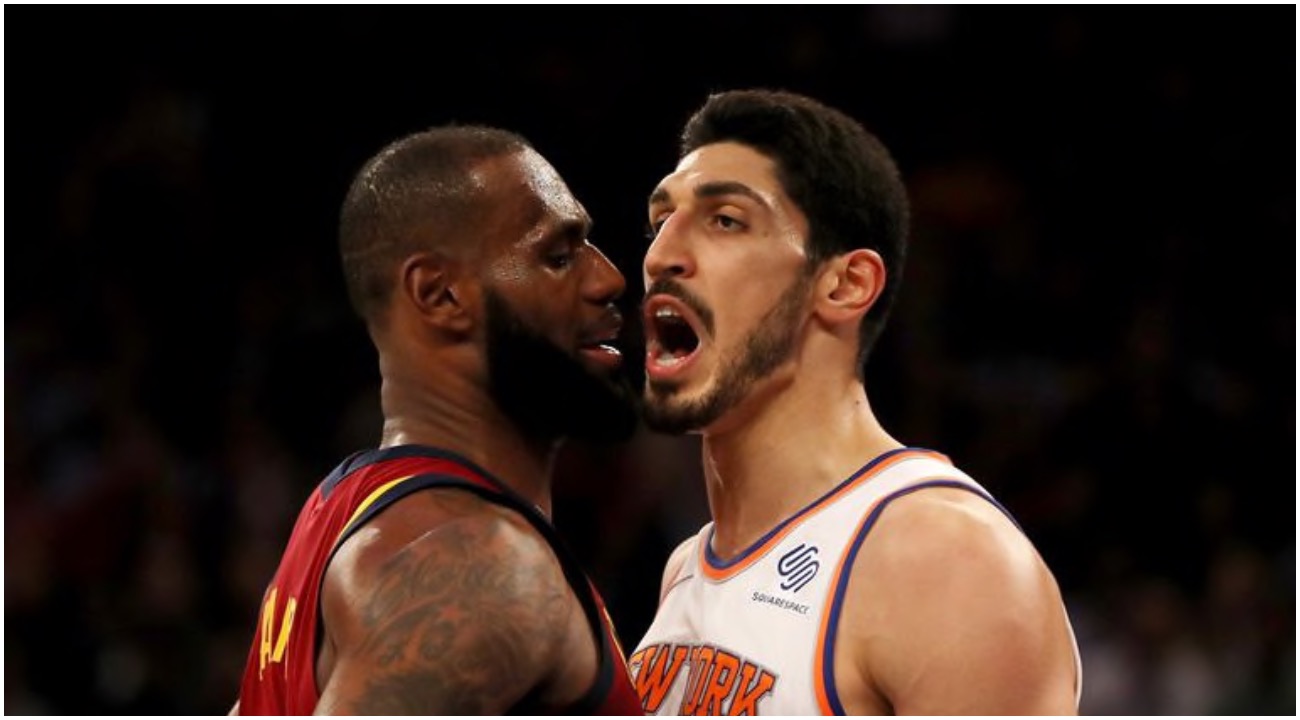 We’ll provide a brief overview of the NBA’s recent, and as of the publishing of this article, ongoing beef with the country of China. It started with Houston Rockets GM Daryl Morey, who from his twitter account appears to have been vacationing in Japan (which is a geo-political rival of China) at the time, tweeted, and has since deleted, support for the ongoing protests in Hong Kong. The protests in Hong Kong are aimed at the central government in China and is a very emotional topic for both residents of Hong Kong and the “mainland.”

Almost immediately after his tweet, and after Chinese officials began to react with a vengeance not only against Morey’s tweet but against the ENTIRE NBA, Morey backtracked by tweeting the following on 10/6.

1/ I did not intend my tweet to cause any offense to Rockets fans and friends of mine in China. I was merely voicing one thought, based on one interpretation, of one complicated event. I have had a lot of opportunity since that tweet to hear and consider other perspectives.

2/ I have always appreciated the significant support our Chinese fans and sponsors have provided and I would hope that those who are upset will know that offending or misunderstanding them was not my intention. My tweets are my own and in no way represent the Rockets or the NBA.

His tweets showing regret for his previous comments supporting the Hong Kong protesters did nothing to calm the nerves of Chinese officials. Immediately, the Chinese consulate in Houston (where many Chinese-Americans live) released a statement expressing the following, “anybody with conscience would support the efforts made by the Hong Kong Special Administrative Region to safeguard Hong Kong’s social stability.” For those who are unaware the Hong Kong Special Administrative Region represents the interests of the Chinese government in Hong Kong first and foremost, not necessarily the people of Hong Kong. Anyone interested can catch the entire statement here.

Now, here comes the meat & potatoes of the Chinese reaction to Morey’s statement. It’s as if China is making an example out of the NBA to any other major American (or European) corporation who wants to do business with China. We’ve listed below some measures since adopted against the NBA.

The Rockets could potentially lose $25 million in sponsorship boycotts due to Morey’s tweet, as reported by Marc Stein of The New York Times on Saturday.

Members of the United States Congress penned an open letter to Silver on Oct. 9, calling for the league to suspend all relationships with China until “government-controlled broadcasters and government-controlled commercial sponsors end their boycott of the NBA activities and the selective treatment of the Houston Rockets.”

An NBA Cares event with Nets players in Shanghai was also canceled on Tuesday by the Chinese board of education.

Chinese sportswear brand Anta, which works with players like Klay Thompson and Gordon Hayward, announced it would suspend contract renewal talks with the NBA, according to Reuters.

Per Keith Smith of Yahoo Sports, several NBA teams are planning “for a scenario in which the cap for the 2020-21 season could drop between 10 and 15 percent due to the current situation between the NBA and China.”

The Lakers-Nets exhibition game in Shanghai took place Thursday, however it was played without sponsors, and media sessions for both teams were canceled, as reported by Rachel Nichols of ESPN.

The Chinese Basketball Association has canceled planned exhibition games with the NBA G League affiliates of both the Rockets and Mavericks later this month in China, according to Shams Charania of The Athletic.

Tencent, the NBA’s exclusive digital partner in China, announced it will suspend business relations with the Rockets. The company is offering fans who bought a team-pass to watch the Rockets this season a chance to choose a different team.

Sportswear brand Li-Ning, which sponsors a handful of NBA players, announced that it would suspend business ties with the league.

Chinese state television CCTV said it would no longer air the Rockets’ preseason games in China.

In turn, the NBA issued the following statement where the league appears to show understanding and respect for China and it’s heritage & cultural, while also supporting Morey’s right to an opinion.

We recognize that the views expressed by Houston Rockets general manager Daryl Morey have deeply offended many of our friends and fans in China, which is regrettable. While Daryl has made it clear that his tweet does not represent the Rockets or the NBA, the values of the league support individuals’ educating themselves and sharing their views on matters important to them. We have great respect for the history and culture of China and hope that sports and the NBA can be used as a unifying force to bridge cultural divides and bring people together.

Now, LeBron James has weighed in on the matter. LeBron seems to suggest Rockets GM Morey exceeded his limits while expressing his opinion, considering his position as an NBA executive.

Lakers’ LeBron James on NBA’s China controversy: “I don’t want to get into a … feud with Daryl Morey but I believe he wasn’t educated on the situation at hand and he spoke.” pic.twitter.com/KKrMNU0dKR

After LeBron’s comments on the matter, Boston Celtics playerEnes Kanter, who has his own political beef with the country of his origin, immediately responded by tweeting the following,

-Haven’t seen or talked to my family 5 years
-Jailed my dad
-My siblings can’t find jobs
-Revoked my passport
-International arrest warrant
-My family can’t leave the country
-Got Death Threats everyday
-Got attacked, harassed
-Tried to kidnap me in Indonesia

FREEDOM IS NOT FREE

What’s at stake here is actually huge. Does the NBA fall back and allow the Chinese government and Chinese business elites to dictate terms to it or does the league stick it’s ground and potentially bypass doing business with the world’s largest economy: China?