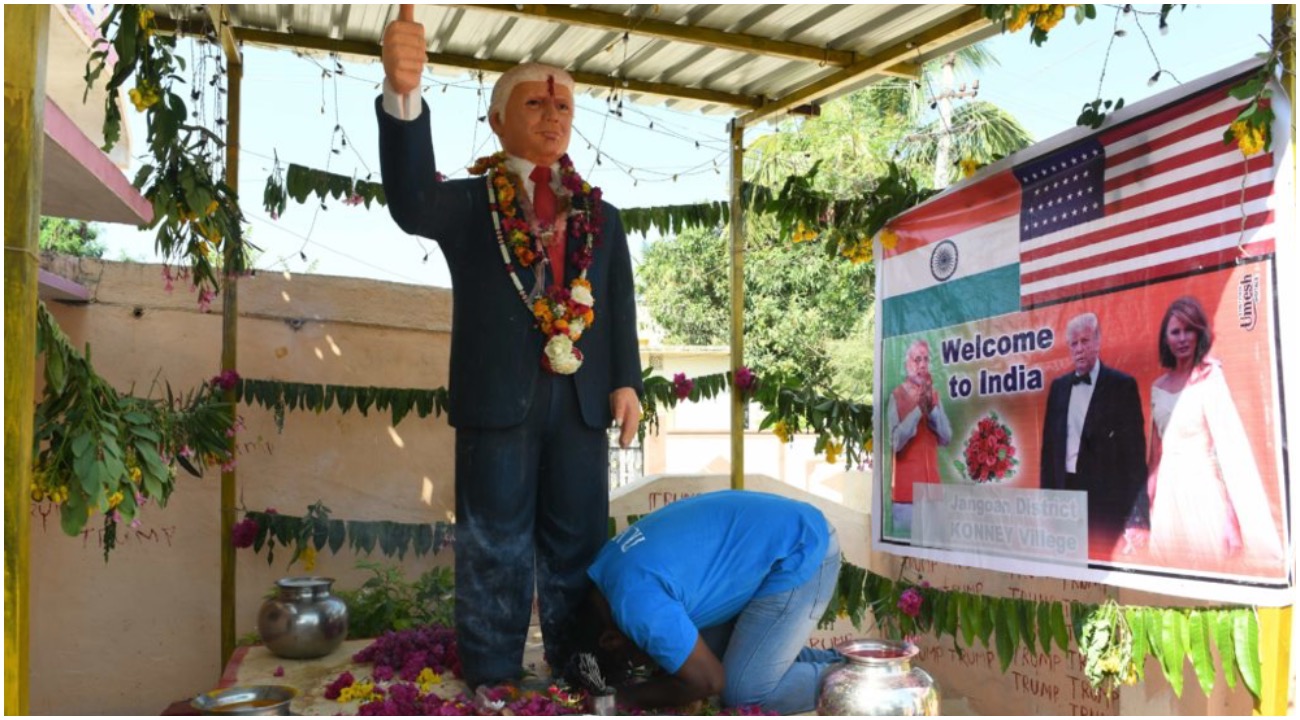 India is a country with an amazing culture and history. It is home to at least nine major religions including Hinduism, Islam, Christianity, Sikhism, Buddhism and Jainism, Zoroastrianism, Judaism and the Baha’i faith. The country has two main languages (Hindi [culture] and English [business]) and twelve regional languages which helps illustrate the diversity of the people of India. Within this cultural diversity one will find many eccentricities including a man who now worships U.S. President Donald Trump, literally.

Bussa Krishna, 33, had an idol statue of Trump built four years ago and told Indian media outlet Asian News International, “It took almost a month and 15 laborers to build this statue…[Trump] is like a God to me, that is the reason I had his statue built.”

Krishna claims he’s been worshipping the statue daily for the past four years. The idol statue depicts the U.S. President wearing blue suit with a red tie, right hand raised with the thumbs up gesture. Continuing with Hindu tradition for depicting gods in art, Trump has pink skin, with bright red sindoor powder on the statue’s forehead (a Hindu religious mark known as a tilak).

The man’s family, however, does not approve of Bussa’s new-found religion, explains to Reuters, “I am facing difficulties because of my relatives…They tell me that I am disgracing them in society. I told them that just like you believe and worship Shiva, I believe and worship Trump.” Shiva is known as “The Destroyer” within the Trimurti in Hindu religion, a trinity that includes Brahma and Vishnu.

Catch the photos below.

The President is currently on an official visit to India where Trump took time to address the growing concern over potential outbreak of the coronavirus in the United States (see here). 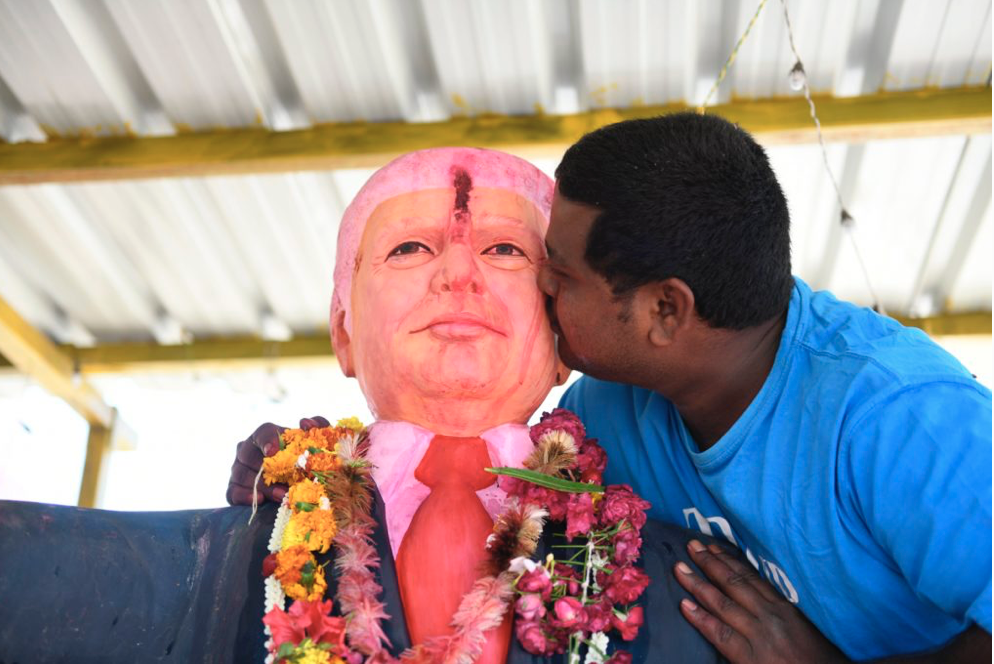 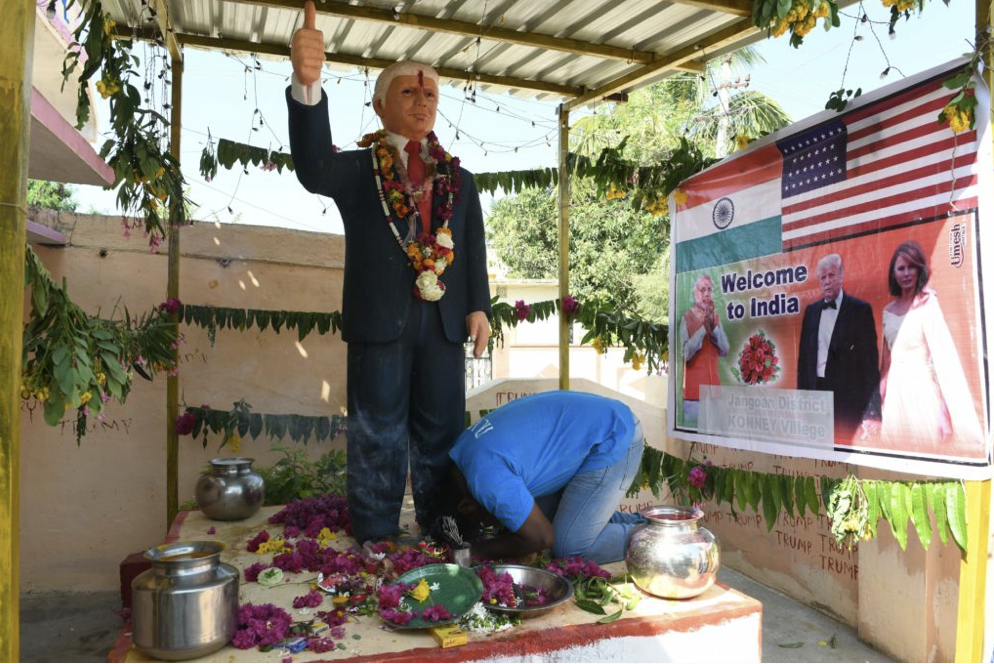 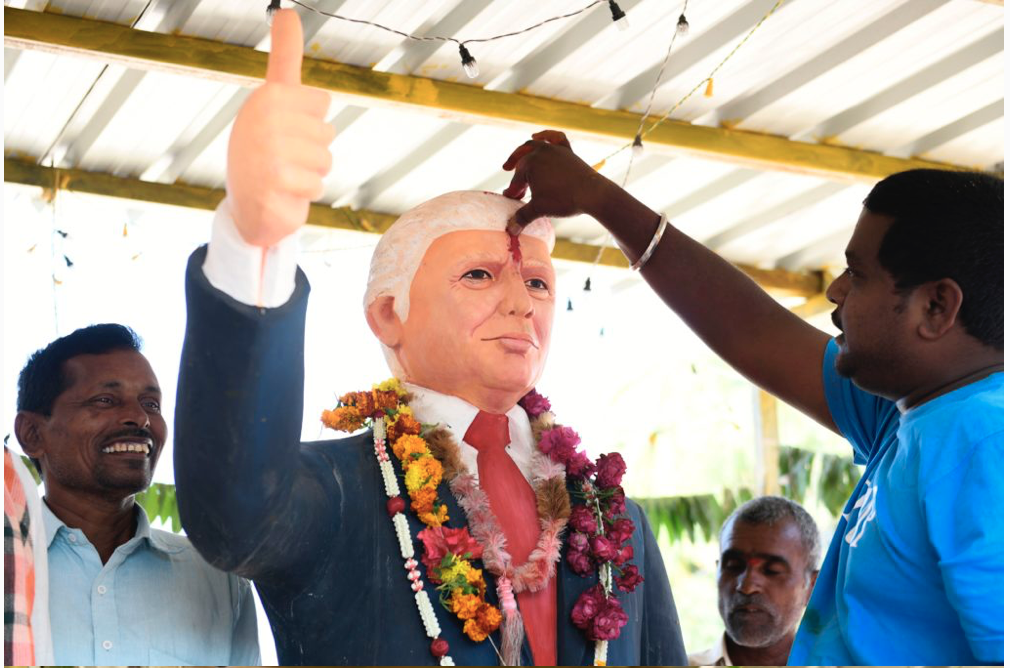 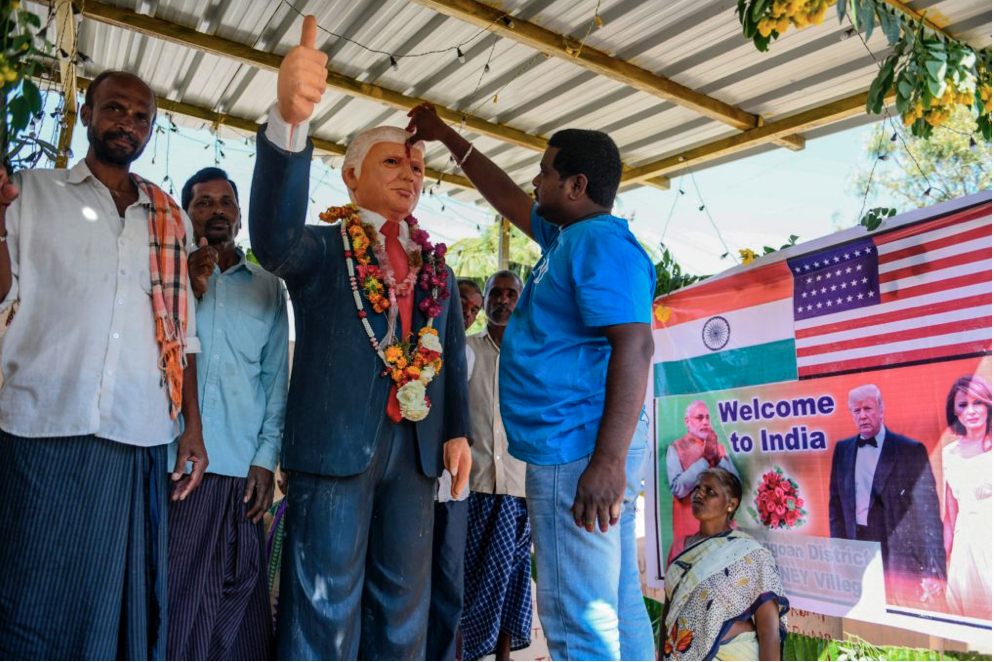 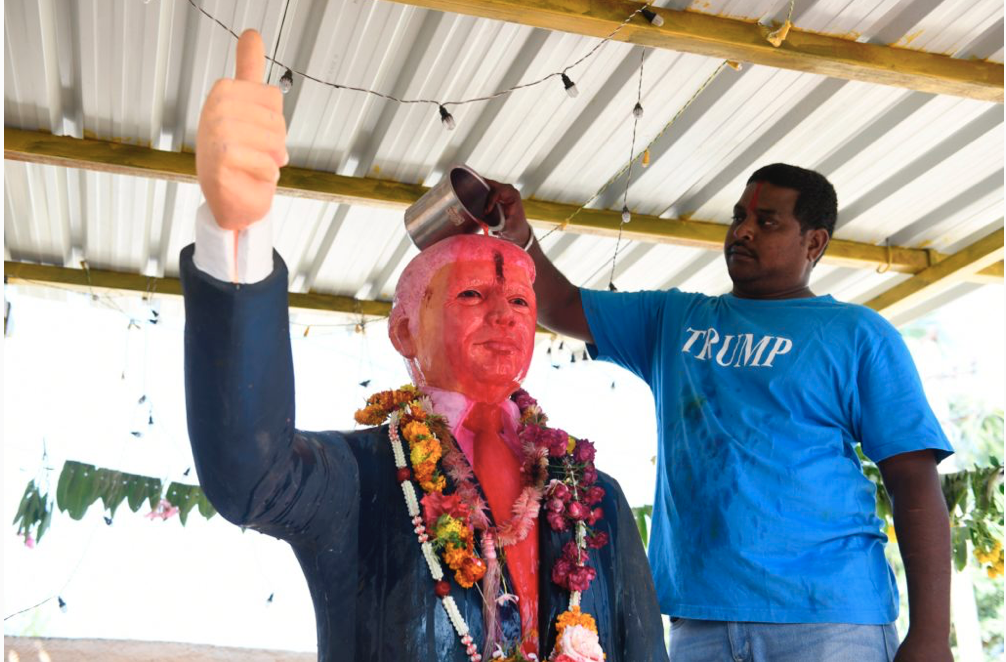 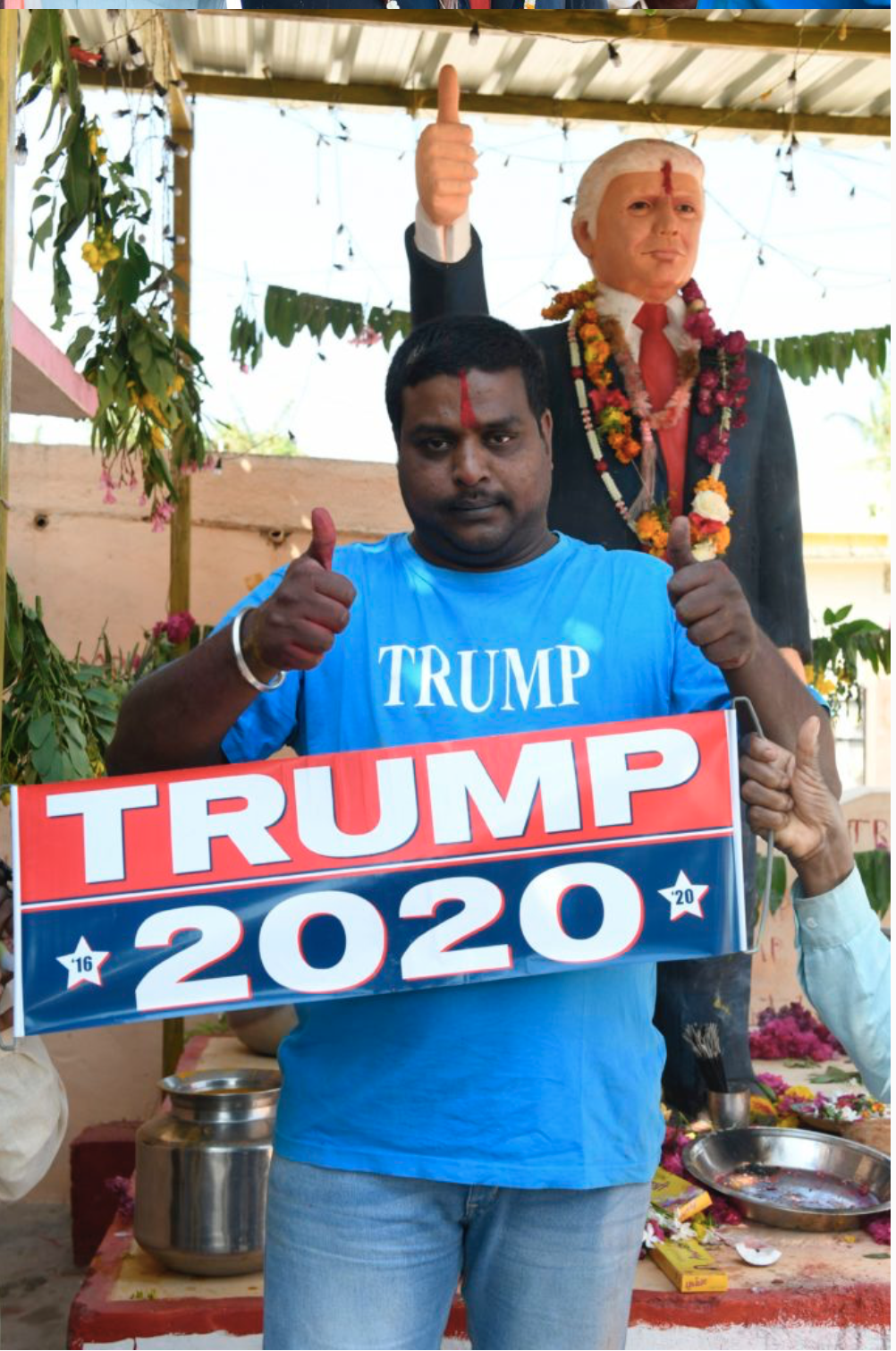