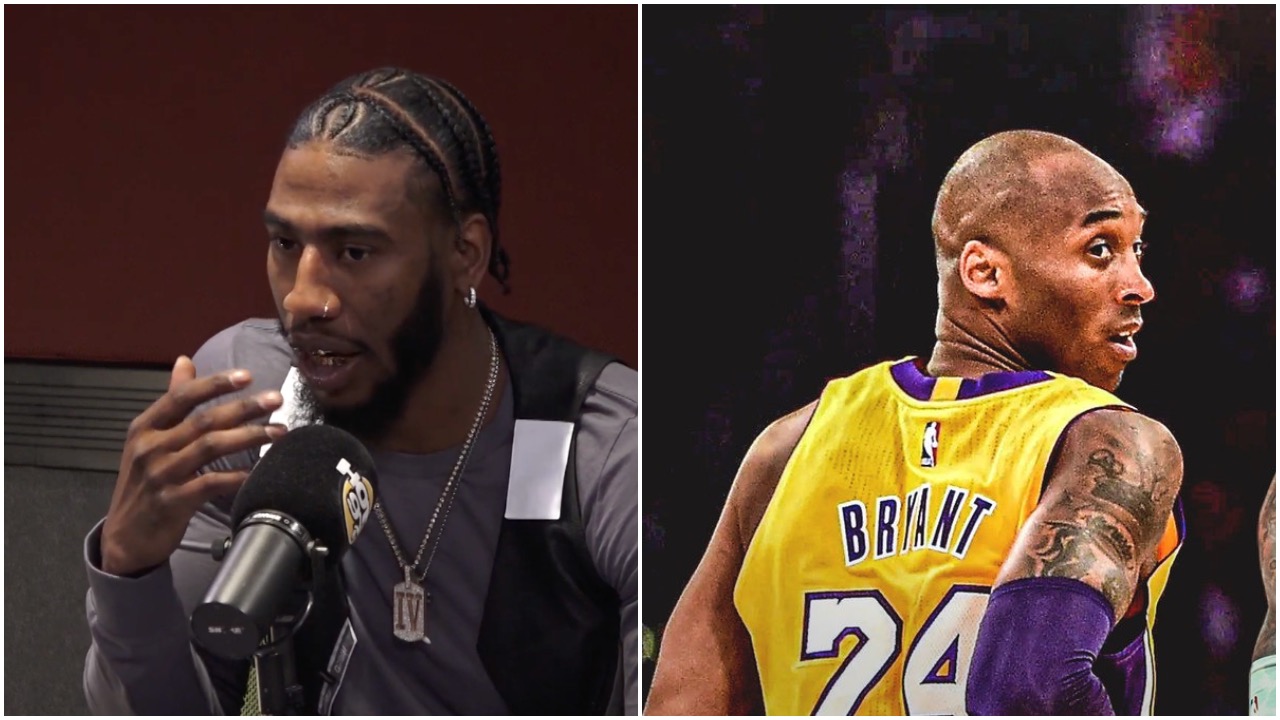 During a recent appearance on Ebro in the Morning, Iman Shumpert recalled some of his favorite memories of the late, great Kobe Bryant. Both, although two completely different contexts, were very inspirational.

Shumpert recalls how Kobe Bryant spoke with certainty while giving a speech to his Chicago-based high school (at the 35:20 mark),

“Kobe came and talked to my high school once …….Somebody asked a question, but basically he was speaking on people sayin’, ‘Don’t put all your eggs in one basket’ type of thing … and he said he never believed in it, because he felt, ‘If I’m putting all my eggs in a basket to go for this—if I failed, and this basket drop and all the eggs break, why nobody told me I can just make more eggs?'”

“But he couldn’t see me, and I felt it…I was just like, ‘He just really believes what he’s saying.’ And he wanted to inspire me—and he did.”

In the second story, Shumpert said he remembers guarding Bryant while playing for the New York Knicks. The Los Angeles Lakers were playing in the “Mecca” of basketball, Madison Square Garden.

“I can’t remember how much he had, but I know I had multiple steals against him …..In my head, all I’m thinking of is, ‘When I have this conversation with my brother after the game, how I’m gonna tell him how I stole the ball from Kobe, how I stripped Kobe before he was fixin’ to take a shot, how I drove by Kobe and got a dunk.’ I’m thinking about all these things in my head. I’m so geeked. Then the fourth quarter starts …”

Shumpert then relates how at top of the 4th quarter, Bryant came up to him and said, “You had a great game, young fella.” Shumpert said the comment left him confused.

“I swear I looked at the clock, like, ‘There’s 12 minutes. What you talking about?’ … You ain’t said nothing the whole game…I’ve been talking sh*t, I done stole the ball, I’m hyped as hell … He ain’t said not one word to me.”

“The man came down, fake shot, fake shot, threw it off the glass, caught it, threw it to the corner. I’m like, ‘Bro what you on? You’ve been regular all day!… That whole good game that I thought I was having is just gone.”

Find those highlights below. Find Shumpert’s interview up (again, hop to the 35:20 mark in order to get straight to this topic).