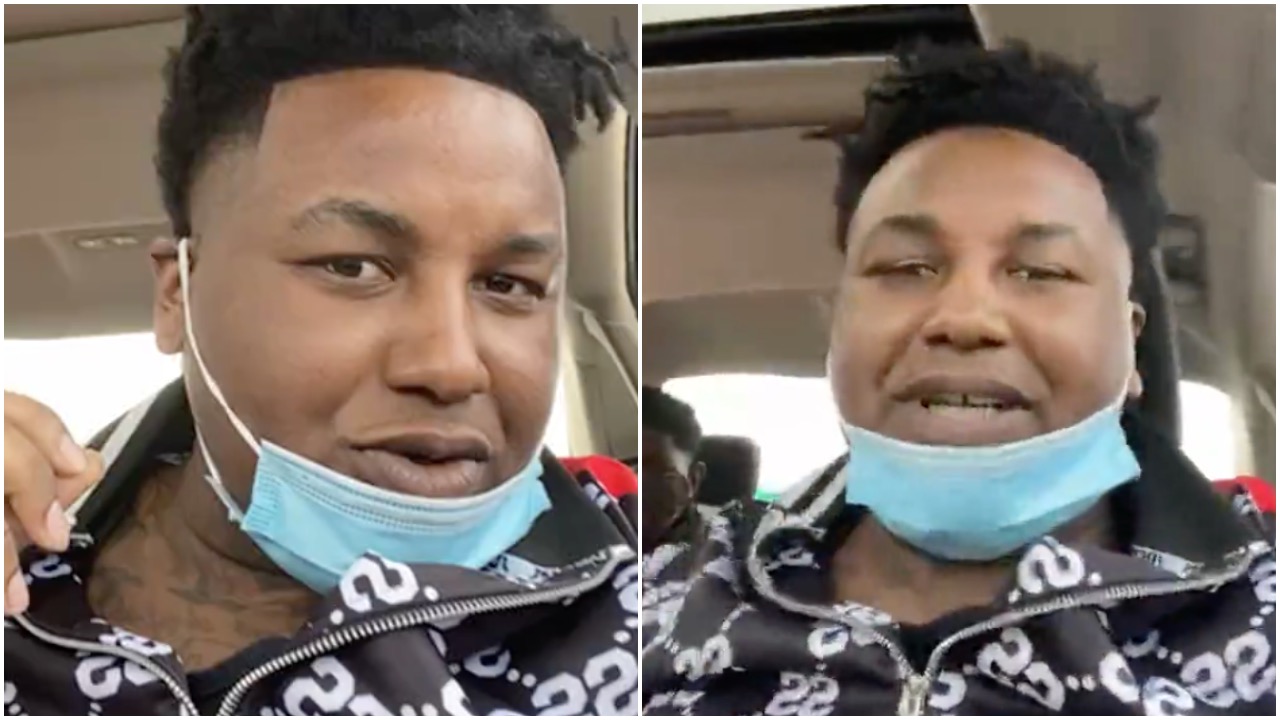 HoneyKomb Brazy recently took to IG to showcase the moments leading up to the intense shootout he was involved in. The video shows the Alabama rapper along with several men getting out of a vehicle and shooting at a BMW truck that passed by and began firing shots. The men who exited the vehicle can be seen observed behind nearby cars as gunfire was exchanged between the groups.

Since then, HoneyKomb Brazy has taken to IG to give an update on his status. The Alabama rapper revealed that he allegedly had a hit out on him and that he was shot 8 times. Anyone interested can watch the video (WARNING: Graphic) here.

“Biggest rat in da city got some bricks on my head, n these ni**as tryna step wat type of sh*t is dat, yo they shot me 8 times hit me all in the head, I shook up outta coma i posts be dead, u just wouldn’t never stop fighting dats wat the doctor had said…. #gucci flow coming soon “da truthe”” 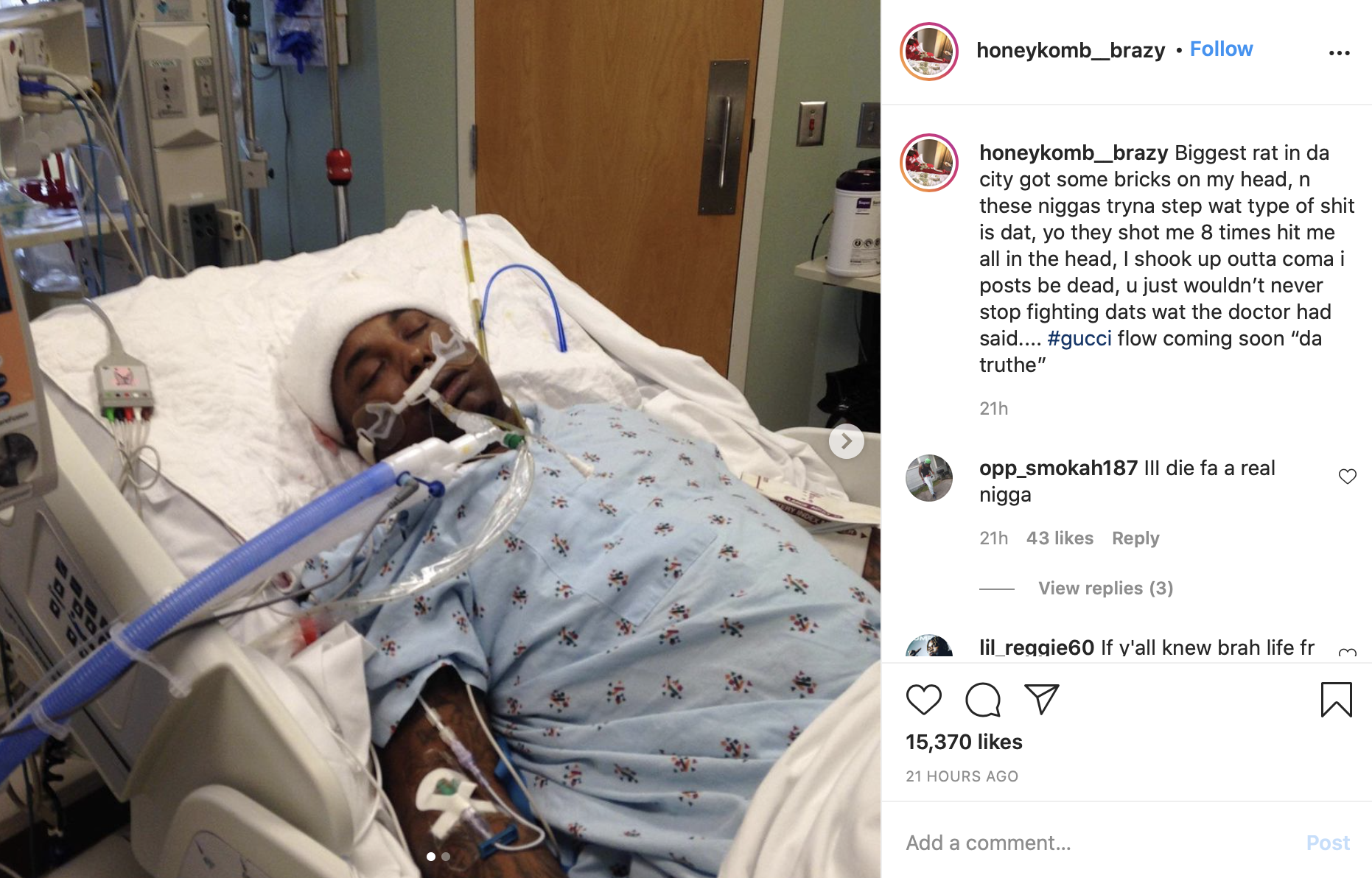 Ideally, these men can settle their differences before it’s too late.  Prayers for Honeykomb Brazy’s ASAP recovery.