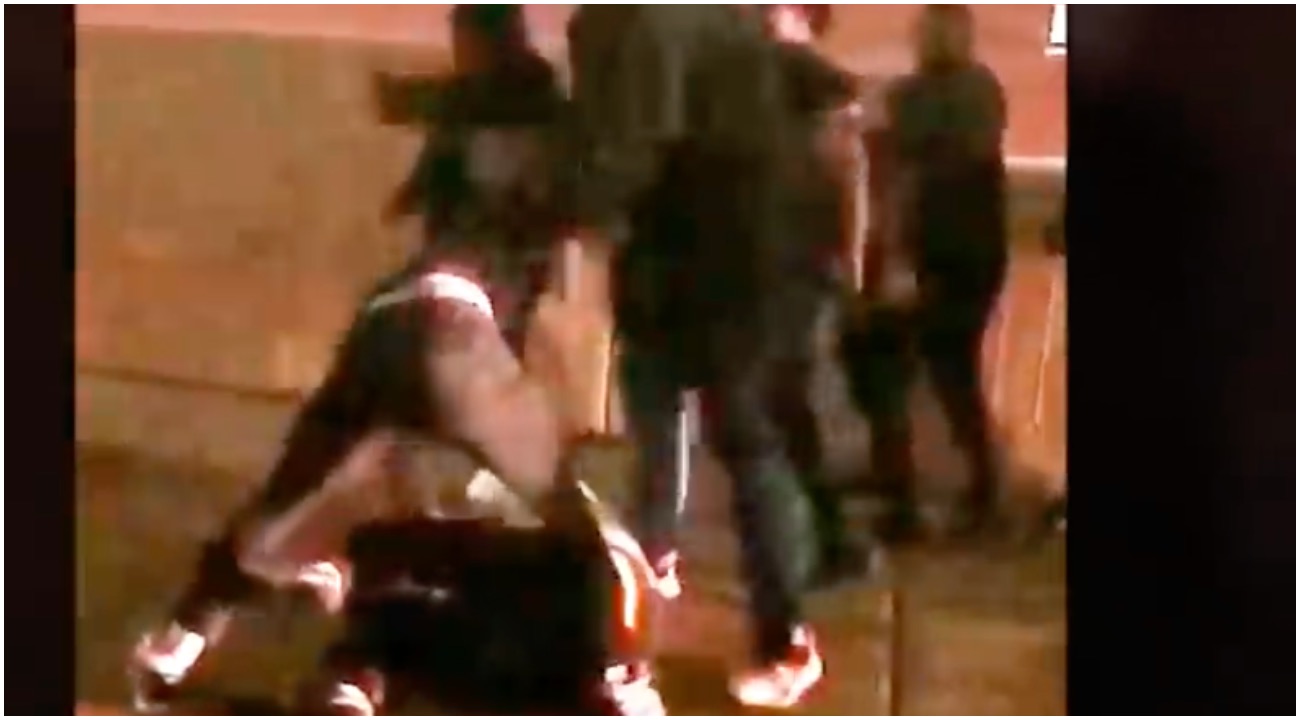 The basketball coach for Malcolm X. Shabazz High School basketball team in Newark, NJ is seen on video being physically assaulted allegedly by his own players after leaving the bus following a road game. The assault took place at 9 PM directly outside of team’s school after the coach reportedly tried stopping the students from picking on another student during the bus ride back to the school. Upon departing the bus the players directed their attention at the coach.

Local authorities stated, “[o]ur detectives are investigating this incident to identify and to appropriately charge those individuals involved…..[b]ecause high school students are typically juveniles, the names of the suspects will not be released. But those found to have participated in this senseless act of violence will face criminal charges.”

Catch the news clip of the incident below.