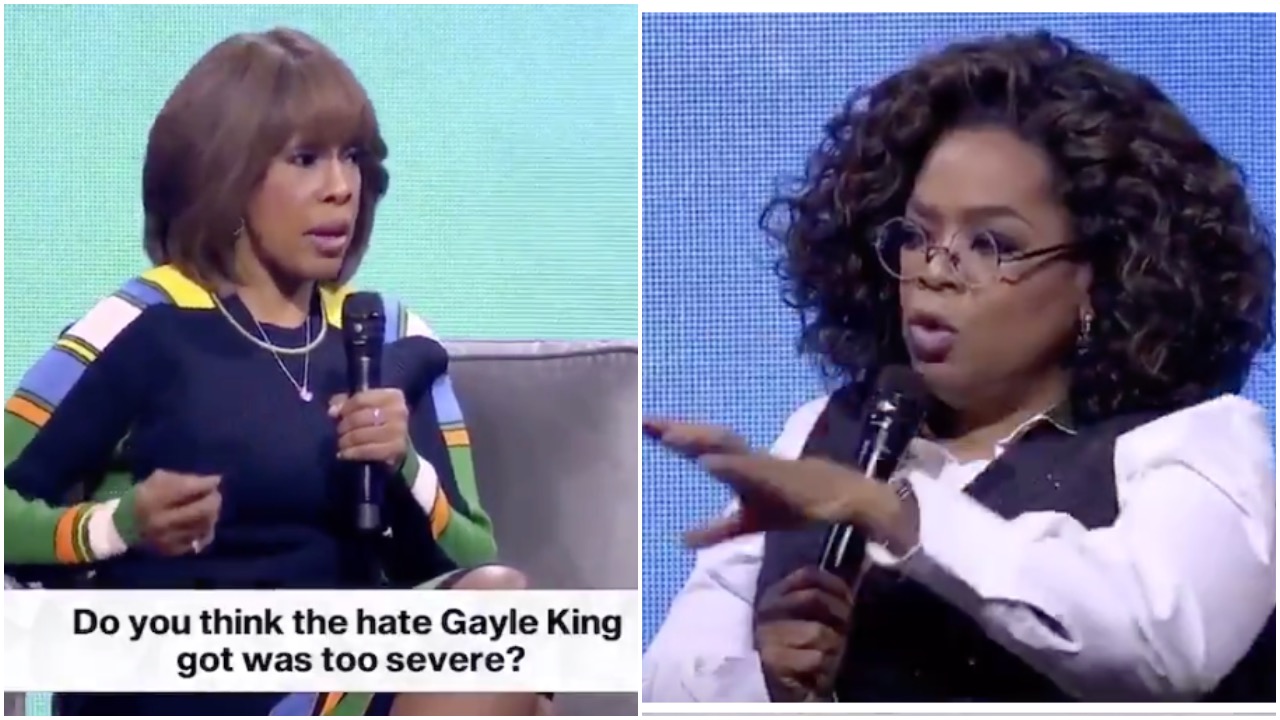 This past weekend, Gayle King opened up about the backlash she received (see here) from the question she asked WNBA legend Lisa Leslie shortly after the tragic helicopter crash which killed Kobe Bryant and the other eight passengers aboard. King prefaced her question to Leslie by stating, , “his [Kobe Bryant’s] legacy is complicated because of sexual assault charges..” The reader should keep in mind that the sexual assault charges brought against Kobe Bryant were dropped by a court of law. Normally, when charges are dropped, the prosecution overseeing the case is unable to garner sufficient evidence to confidently proceed with the case.

To address the backlash, King saved what she had to say until being interviewed by her mentor, Oprah Winfrey. Oprah hosted the 2020 Vision: Your Life in Focus Tour. The keen observer should easily notice contradictions in what Gayle King stated about the entire situation and how she actually behaved during her interview of Lisa Leslie. Catch that clip below.

”what got to me was the vitriol & the vulgarity that was just unleashed at me in ways that I couldnt even understand. I think we can disagree politically, we can disagree socially but I think humanity should prevail always” (📹:@ETCanada) pic.twitter.com/hnZJJZ5Xsx