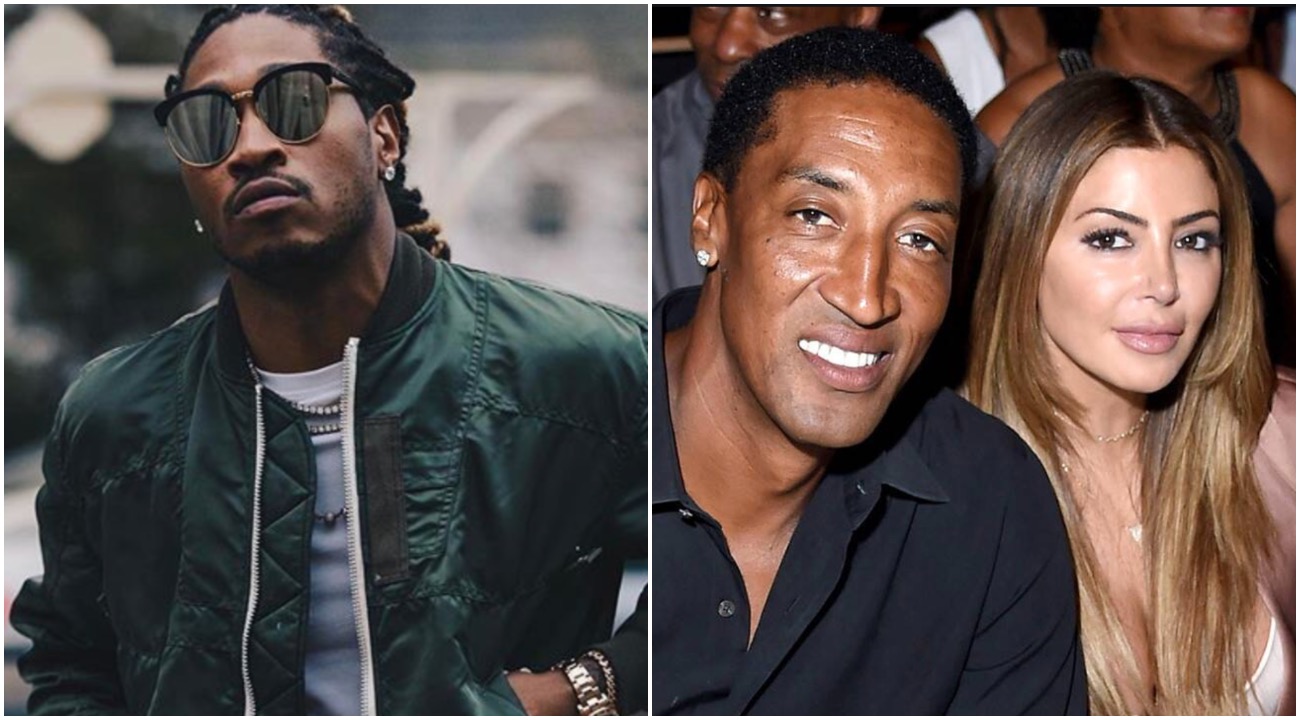 As is well documented at this point, Scottie Pippen’s (now former) wife, Larsa Pippen, had an extramarital relationship with Future. Larsa, 45, and Scottie, 54, were married for the better part of 20 years and have four children together. Scottie first filed for divorce in 2016 following claims Larsa was cheating on him with Future, 36. The couple sorted out their differences and called it off before eventually re-filing for divorce in 2018. Since, Larsa has returned to using her maiden name of Younan.

Future recently was featured on Moneybagg Yo’s track ‘Federal Fed’ which is found on Memphis rapper’s ‘Time Served’ album. Fans have since dissected the Future’s verse and many believe he was sending shots at Scottie Pippen with a few bars in question.

In Future’s verse, the lyrics in question are,

“I did it by mistake, it wasn’t on purpose, end up fu*king your wife/She was choosin’ up and it was on sight/Had her ridin’ on me like a motorbike/Had to clean her head like a wet wipe!”

Catch the Federal Fed track below.