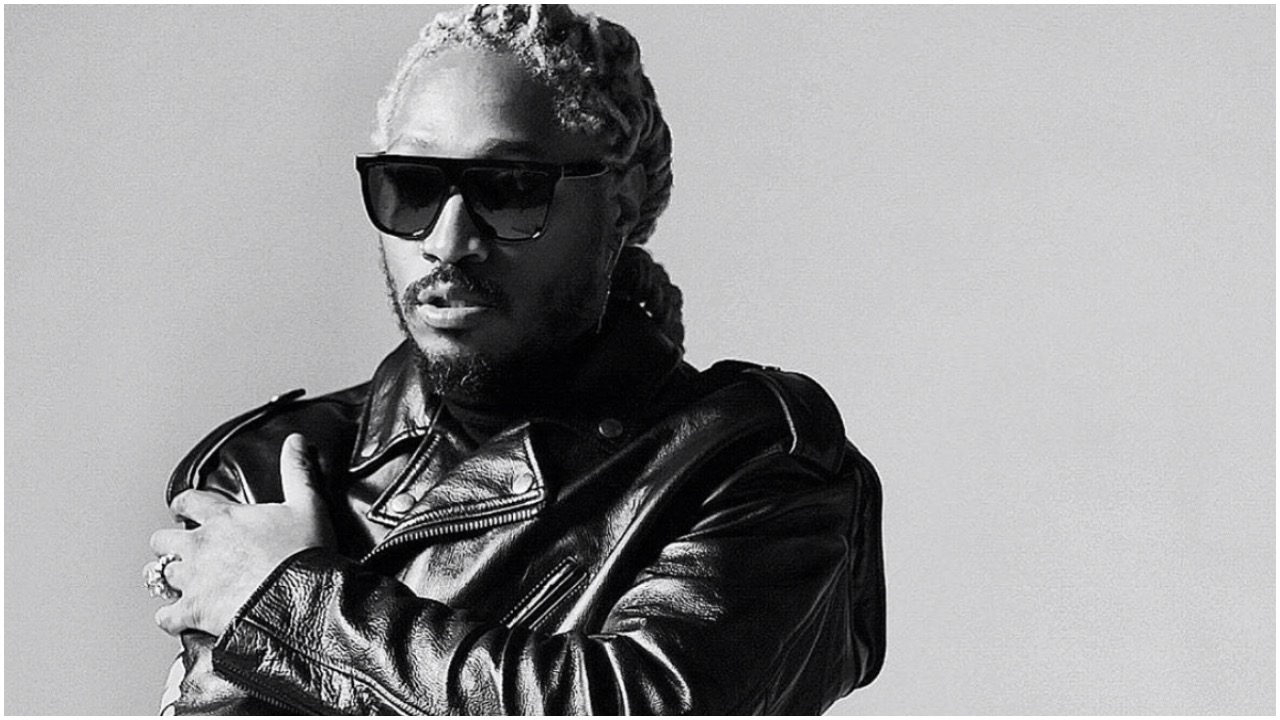 It isn’t quite clear who the “girl” in question is but Future is sending a message to someone via his Twitter account. The day before Future’s collective tweets addressing an “ugly” female, TMZ broke a story about Future’s “baby mama” Eliza Seraphin. TMZ claims to have obtained documents showcasing “Future sent [Eliza] a text saying ‘let your lawyers speak for u at this point! u bogus, stole my last name now u want to b relevant jus fall back off the net trying to to prove a point.'” 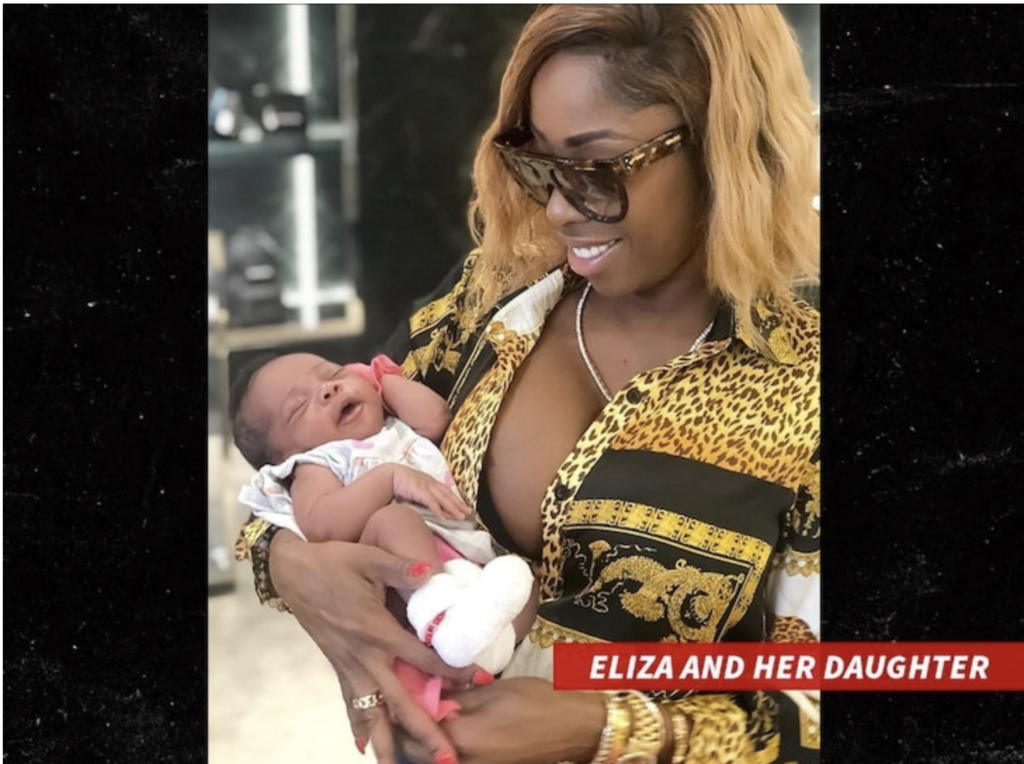 We’re not certain who Future is specifically addressing in his tweets but the timing of his statements should be considered in the above context.

Start from the bottom and read up. 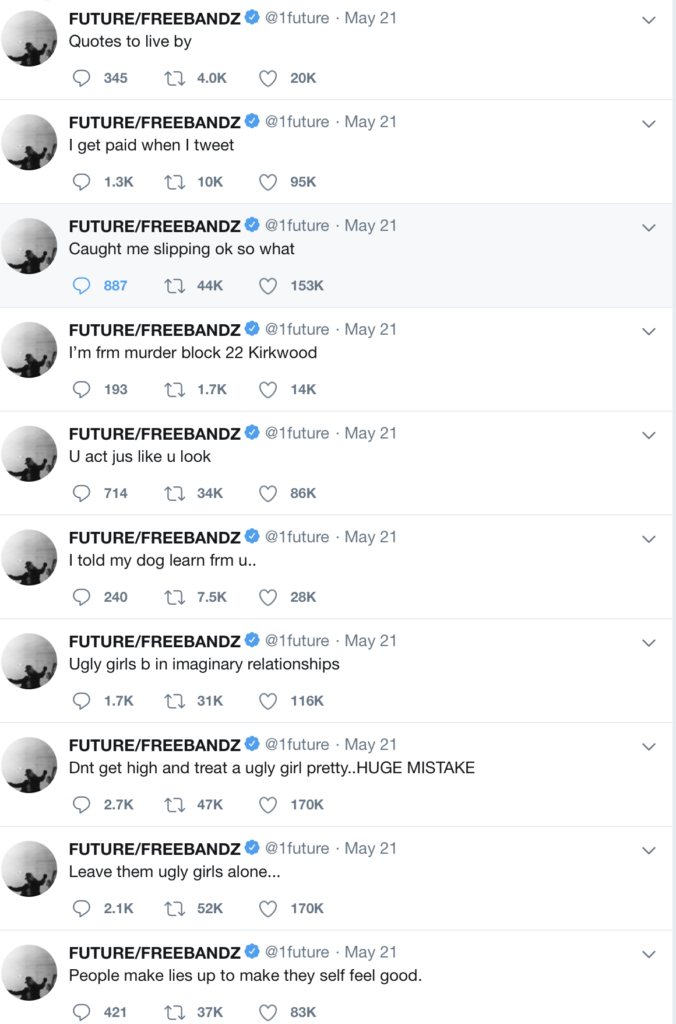 Future went on to also tweet the following statements also.