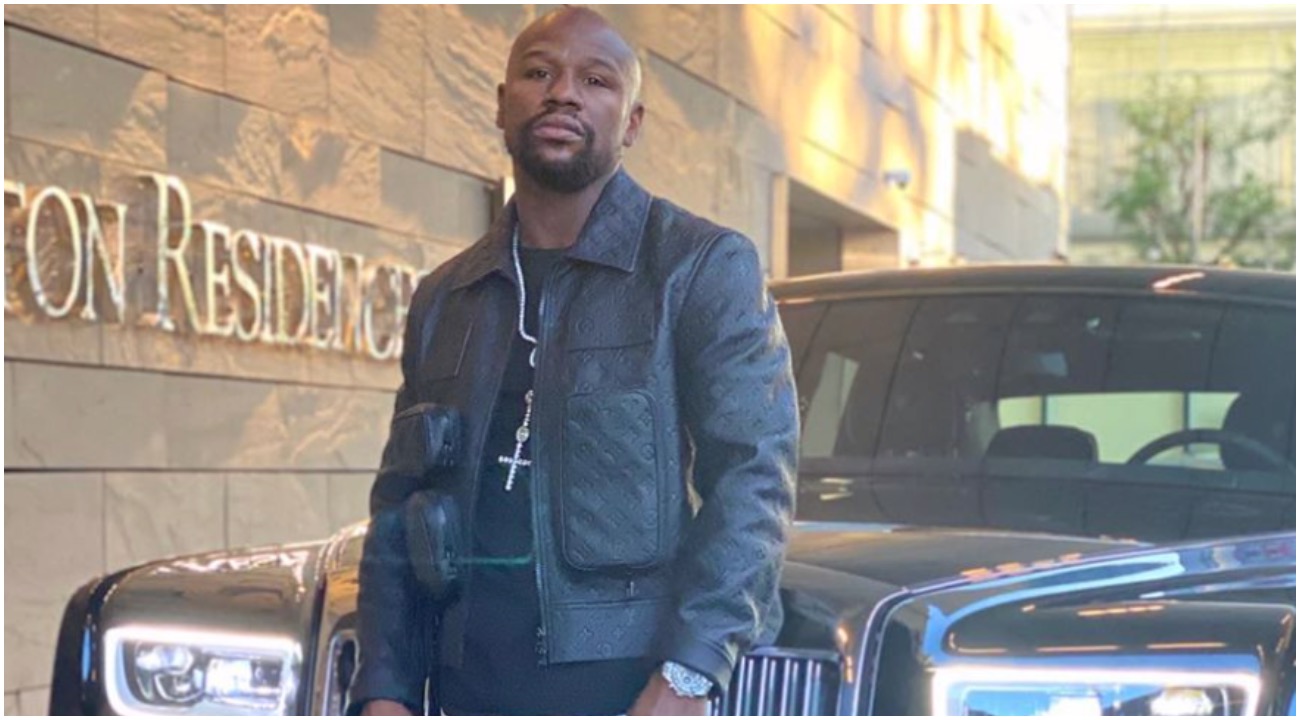 Any father would be heartbroken to witness his child go through any trauma let alone being arrested on attempted murder charges. Floyd Mayweather more than likely was less concerned with Iyanna’s boyfriend, NBA YounbBoy, calling Floyd a “b*tch ass daddy” on Live in front of millions of people with Iyanna sitting behind Youngboy (we’ve included that video up top). Floyd was more concerned with the well being of his daughter who now not only has an attempted murder charge she’ll have to deal with after allegedly stabbing YoungBoy’s baby mother but also returned to YoungBoy after making bail from jail.

Iyanna and NBA YoungBoy clearly have an off again, on again relationship that has turned destructive. In December 2019, YoungBoy even dropped a diss track aimed at Iyanna which highlighted the love/hate nature of their relationship (listen to it here).

Floyd took to social media to post a short clip where he’s training his son hands on and captioned the post,

“Never claimed to be perfect, but I strive to be the best father possible. #DaddyDuties @kingkoraun”

What Iyanna must realize is that her father has built a business empire from grit, sweat and tears over the past two decades. This incident also comes only three weeks following the sudden death of Josie Harris and nearly 2.5 weeks following the death of Roger Mayweather.

Never claimed to be perfect, but I strive to be the best father possible. #DaddyDuties @kingkoraun

Like always, Floyd Mayweather entered and left the ring with his chin high.

“Teaching my son @kingkoraun the fundamentals. Keep up the good work, I’m proud of you.”

Teaching my son @kingkoraun the fundamentals. Keep up the good work, I'm proud of you.